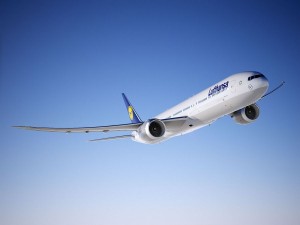 Traffic in the passenger business (measured in revenue passenger-kilometers) came to more than 209 billion in 2013. This represents an increase of 2.3 percent compared with the previous year.

The Group also beat its previous record of more than 207 billion passenger-kilometers set in 2011.

The main reasons for this positive performance were the use of larger aircraft and better overall load factors for flights.

In 2013, Lufthansa Group airlines increased this figure year-on-year by one percentage point to a high 79.8 percent – the highest in Europe.

Last year Lufthansa, Germanwings, Swiss and Austrian Airlines carried more than 104 million passengers, an increase of one percent on the previous year. Overall capacity (measured in seat-kilometers) was one percent higher than in 2012, the Lufthansa Group reduced the number of flights by 3.7 percent.

Capacity utilization in the freight business was also good last year, with the aircraft at Lufthansa Cargo reporting a cargo load factor of 69.9 percent (+0.2 percentage points) despite sluggish demand on global freight markets.