Thessaloniki To Host Multi-Conference On Tourism 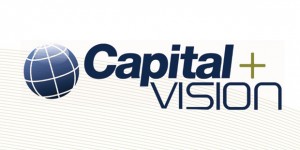 Representatives of the Greek Government, agencies, regions and executives of the international and domestic market will speak on key issues of the tourism industry at the Capital + Vision multi-conference to be held 20-21 November at The Met Hotel in Thessaloniki, Greece.

The theme of the conference is “Tourism Development: Strengthening Competitiveness” and will cover the following topics: 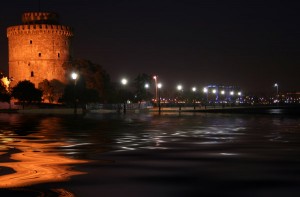 Making Thessaloniki a city-break destination will be among the conference’s main topics. Photo: photofenia.deviantart.com

Speakers at the conference will include the Minister of Macedonia-Thrace, Theodoros Karaoglou; the Consul General of the Federal Republic of Germany, Dr Ingo von Voss; the president of the North Greece committee of the Hellenic-German Chamber of Industry & Commerce, Stefanos Tziritis; the Deputy Minister of Development and Competitiveness and Shipping, Notis Mitarakis; the Governor of the Region of Central Macedonia, Apostolos Tzitzikostas; the CEO of Lufthansa German Airlines, Harro-Julius Petersen; the president of TIF-HELEXPO, Tasos Tzikas and the president of the Thessaloniki Hotels Association, Aristotelis Thomopoulos.

The conference will wrap up on the second day with the speech of Greek Tourism Minister Olga Kefalogianni at the official conference dinner.

The Capital + Vision multi-conference is taking place for the first time in Thessaloniki and is co-organized by the Hellenic-German Chamber of Industry & Commerce, the newspaper “Kefalaio” (Capital), the portal Capital.gr and Symeon G. Tsomokos S.A..

Through the conference, the organizers aim to activate dozens of bodies, non-governmental organizations, businesses and productive forces of Greece to give a boost to regional tourism development, highlight prospects in new markets and highlight new technologies and media promotion.

Ryanair To Fly To Chania, Crete, From Dublin Next Year