Samos was TUI Nordic’s most popular Greek destination this year.

Four Greek islands are on the list of the top five most popular destinations preferred by Scandinavian travelers this season, according to Sweden’s leading tour operator TUI Nordic. 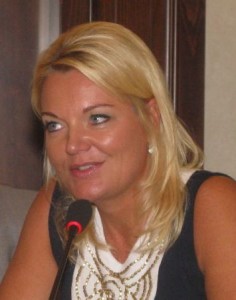 Speaking recently to Greek journalists in Athens, Johanna Strand, the tour operator’s product manager for Greece, said the most popular destinations of TUI Nordic this year were (in order of preference) Samos, Crete, Kos, Marmaris (Turkey) and Rhodes.

For 2014, bookings to Greece are already six percent ahead in the Nordic region, which means some 70,000 additional visitors, data from TUI Nordic showed.

According to Ms. Strand, for next season, the increase in demand for Kos has jumped to a whopping 849 percent.

However, she revealed that Greek destinations were losing ground lately in terms of the level of services. She advised Greek hoteliers to retain the traditional character of their hotels and provide the authentic Greek hospitality to guests.

TUI Nordic’s product manager provided the above data during a press conference on the first dedicated travel and taste fair for Greece “Grekland Panorama” that will take part in Stockholm, Sweden, next year.

When commenting on the fair, Ms. Strand highlighted that the Grekland Panorama would be a very important contribution to Greek tourism but also to Swedish tour operators themselves as it would make their job “selling” Greece much easier.