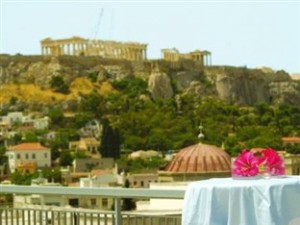 According to data provided by online hotel search engine Trivago, the online average price per night for a double room in the Greek capital this September stands at 87 euros.

This is the 10th cheapest price on Trivago’s list that includes hotel rates of 50 European cities for the month of September.

The average price per night this month in Athens is 31 percent cheaper than the price in September 2009.

For the January-September period, the average price per night dropped by 6.7 percent reaching 77.8 euros per night over the same period last year.

However, despite the competitive hotel prices, as a destination Athens has failed to follow the increasing rate of incoming tourist traffic of the Greek region.

The European city with the most expensive hotel rates this month is Geneva (239 euros) and with the cheapest rates is Zaragoza (60 euros).

Bruce Willis Rumored To Have Bought Villa On Corfu