Two free-entrance seminars will be held 28 and 29 August in Thessaloniki and another two will be held 4 and 5 September in Athens.

This is the second visit of the agency to inform Greeks interested in moving to Australia with a student visa.

In collaboration with educational counselors from Australian universities, the agency’s experienced advisers will present curricula and job opportunities.

According to “Let’s Go Study Australia,” the most recent arrivals in the country show the high interest young people have to move to Australia. 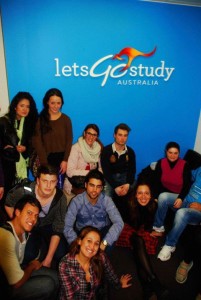 The figure of young people that moved to Australia with a student visa has increased 500 percent over the last year. Data from the Australian Department of Immigration shows that the amount of student visas granted to Greeks jumped from 102 for the 2010-11 period to 587 in 2011-12.

The seminars in Athens and Thessaloniki intend to inform in detail how interested Greeks can study, work and live in Australia under the current conditions and criteria of the Australian government.

Subjects to be discussed during the seminars include: student visa, study and work in Australia, employment services by Let’s Go Study Australia – affiliated companies, university enrollment and accommodation.

During the seminars a raffle will take place for scholarships that provide discounts for study at Australian univeristies.

Ministry To Begin Accepting Applications For Enrolment In Tourism Schools