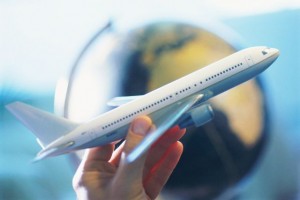 International tourist arrivals grew by 4.3 percent in the first four months of 2013 to reach a total of 298 million, up from 286 million, despite a challenging global economic environment, according to the latest UNWTO World Tourism Barometer.

International tourist arrivals to Europe, the most visited region in the world, were up by 5 percent; an excellent result in view of the economic situation in the region.

“The 4.3 percent growth in the number of international tourists crossing borders in the first months of 2013 confirms that tourism is one of the fastest growing sectors of our times, contributing in a central manner to the economy of a growing number of countries” Mr. Rifai added.

Prospects remain positive for the period May-August, the Northern Hemisphere’s summer season. Around 435 million tourists are expected to travel abroad during these four months that account for as much as 40 percent of all international tourist arrivals registered in a year. The pace of growth might slow somewhat, as shoulder seasons tend to show faster growth than the peak season.

For the full year of 2013, international tourist arrivals are expected to increase by 3 percent to 4 percent in line with UNWTO’s long-term forecast of 3.8 percent per year for the period 2010 to 2020.