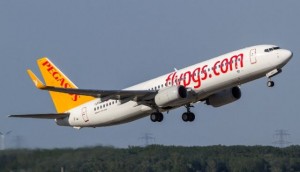 The airline had already launched flights to Athens from Izmir in October 2009, linking the Greek capital with three international destinations and five destinations in Turkey.

With its new daily Athens-Istanbul route, Pegasus Airlines flies Greek passengers to a total of 49 destinations.

Ticket prices for the Athens-Istanbul route start at 49.99 euros.

Euro Voyager Enterprises is the general sales agent of Pegasus Airlines in Greece. The airline serves passengers with flights to 71 destinations in 29 countries. 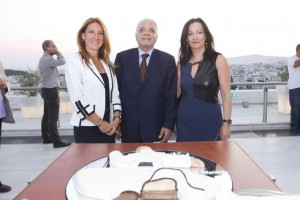 Güliz Öztürk, Pegasus Airlines vice president; Efthimios Varentzakis, representative of Pegasus Airlines in Greece; and Ioanna Papadopoulou, Athens International Airport director of communications and marketing, during an event in Athens on the occasion of the launch of the Athens-Istanbul new route.

During an event held 10 July, on the occasion of the new route’s launch, AIA’s director of communications and marketing, Ioanna Papadopoulou, referred to “one of the fastest growing low cost airlines.”

She also noted that AIA’s incentive policy that offers discounts up to 30 percent on air navigation charges, has contributed significantly to the development of low cost airlines in Athens.