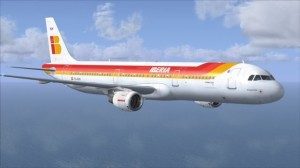 Spanish airline Iberia recently relaunched flights between Madrid and Athens. The airline offers four flights per week (every Tuesday, Wednesday, Friday and Sunday) on the Athens-Madrid route until 29 September.

Passengers flying this route will be able to connect to other destinations of Iberia’s network that include 31 cities in Spain, Lisbon and Porto in Portugal, 12 destinations in Africa and 19 cities in the United States.

In addition, Iberia also offers flights between Athens and Madrid in code share with its affiliate Iberia Express, which flies twice a week until 15 September 2013.

The Spanish airline had stopped the Madrid-Athens route on 15 January 2013 as part of a restructuring plan.