Study: one in three businesses consider leaving the capital 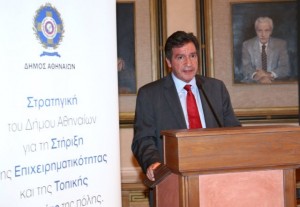 The development of entrepreneurship in Athens center has turned out to be a difficult task as 36 percent of businesses operating in the capital said they were considering to relocate, according to a study presented on 9 July by Athens Mayor Giorgos Kaminis.

The reasons for wanting to “abandon” the city center, according to the majority of entrepreneurs (88 percent), include high municipal fees, lack of security and cleanliness and difficult accessibility in Athens.

The study was conducted on behalf of the City of Athens and the Athens Development and Destination Management Agency to be used to plan the municipality’s strategy to enhance entrepreneurship in the Greek capital. 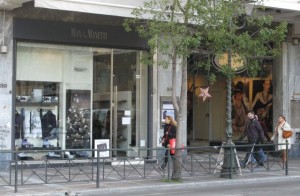 Speaking at an event, Mayor Kaminis referred to the municipality’s plan “Project Athens” and underlined that it was the first time the municipality was taking action and planning for growth in the field of entrepreneurship.

“Project Athens” is a multidimensional business plan aimed to upgrade the capital, improve the quality of life of residents and visitors, boost the local economy and improve entrepreneurship.

According to the results of the study, 34 percent of businesses in the capital deal with wholesale and retail trade and account for 24 percent of the city’s employees.

The study also showed that tourism was among the key sectors for creating jobs in Athens as for every one million euros spent, 16 jobs in the tourism sector were created while in trade only three were created.