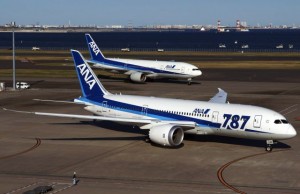 From 1 September 2013, ANA will fly the 787 from Tokyo Narita to Munich, and from 1 Octpber it will fly Narita to Singapore. From 20 September, ANA will also re-introduce the aircraft on its Narita-Seattle route.

ANA said the increase in 787 flights is part of an international expansion plan that will also see the airline double the number of flights between Narita and Chicago to 14 a week to meet the growth in demand for connections between Asia and North America.

In addition, ANA is introducing a larger sized aircraft onto services between Narita and Shanghai.