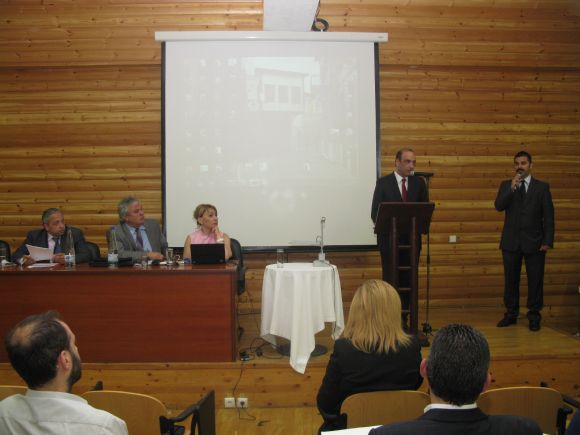 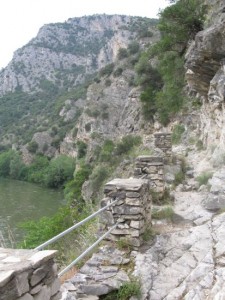 “Maybe it is my fault that as a professional I did not know Xanthi, but Xanthi is also to blame as the destination is not promoted in Turkey,” the representative of the Association of Turkish Travel Agents (TURSAB) for the European side, Aziz Ciga, said recently while speaking at a conference held by the Chamber of Xanthi.

The conference presented the religious, tourism and cultural values of Xanthi and the diversity of the region in general.

“For years Greece made the mistake and highlighted only specific destinations, mainly those with sun and sea, while its culture remained an unexplored field… Xanthi has many treasures,” Mr. Ciga said. 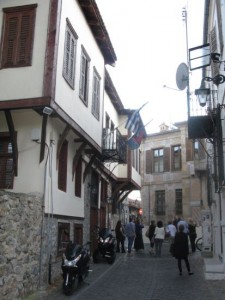 On the issue of promotion, he suggested for the chamber to hold similar initiatives (conferences, workshops) in Turkey and for Xanthi to participate in tourism exhibitions in Istanbul.

When asked by GTP if Turkish travel agents were interested in promoting Xanthi through joint travel packages, Mr. Ciga said necessary interventions in the destination’s infrastructure must first take place in order for the destination to become more appealing to Turkish travelers.

“We can not sell a destination that does not have the amenities our customers look for,” he told GTP.

One example, Mr. Ciga mentioned, was the language issue as the employees of hotels in Xanthi do not speak the Turkish language while the menus in restaurants are only in Greek.

“This is a problem for Turkish travelers,” a travel agent at the conference commented to GTP. 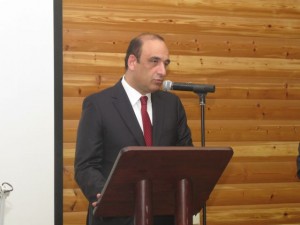 The representative of the Association of Turkish Travel Agents (TURSAB) for the European side, Aziz Ciga.

In regards to the recently launched visa facilitation program that allows Turkish tourists (or other non-EU citizens) to visit six specific Greek islands from Turkish ports without a visa from a Greek consulate, Mr. Ciga said a 50 percent increase of arrivals on the specific islands is expected this year.

Travelers entering the islands of Rodos, Kos, Samos, Chios, Mytilini and Kastelorizo from Turkish ports can issue visas either through Turkish travel agents or straight from the ports of the islands (with the proper documentation).

“It is very tempting for Turkish tourists to visit the Greek islands with a visa that costs only 35 euros and is issued so fast,” he said.

(To obtain a visa from a Greek Consulate to travel to Greece, Turkish citizens are charged 120 euros, while more paperwork is involved and the visa is issued after two days.)

Mr. Ciga told GTP that discussions were underway for the program to expand to more nearby Greek islands but no decisions have been made.

When asked if Athens was among the Greek destinations preferred by Turkish travelers, Mr. Ciga said the Greek capital is included in travel packages but is not as popular as the Greek islands.

“Turkish travelers prefer the islands, since Athens, besides the Corinth Canal, the port of Piraeus and the Acropolis, has nothing else for us to sell,” he said.