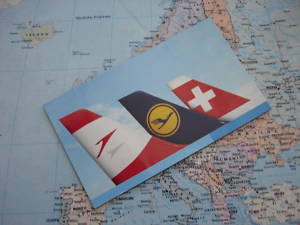 All the airlines in the Lufthansa Group profited in the first quarter of the year from improved capacity steering and, as expected lifted the utilization of their aircraft in comparison with the year-earlier level.

Owing to the Group-wide 2.7 percent reduction in capacity (in terms of available seat-kilometers), the number of passengers carried by Lufthansa German Airlines, SWISS and Austrian Airlines in the period from January through March fell by 2.3 percent on the prior-year level to 21.6 million.

Sales (revenue seat kilometers) in the same term were down by 0.1 percent but remained virtually stable. The reduction in capacity led to an improved utilization accordingly.