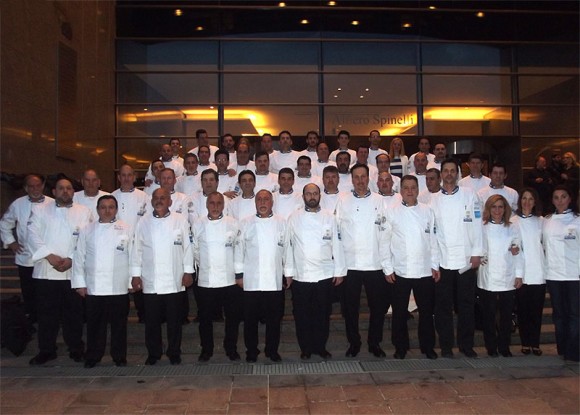 The 60 Greek chefs that presented contemporary Greek cuisine at the European Parliament.

“We hope we will have the opportunity again to represent Greece’s gastronomy abroad,” the Chef’s Club of Greece said following the presentation of the country’s cuisine at the European Parliament on 10 April.

At an event held at the European Parliament entitled “Increasing Greek agricultural productivity by raising quality,” 60 Greek chefs from Greece and other parts of Europe served the MEPs in Brussels a vast variety of dishes prepared with the finest local products. 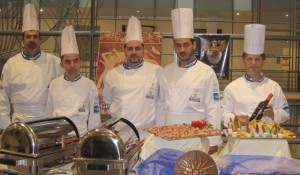 During the event, five different themed buffets of traditional dishes from Greek regions were presented to some 400 guests.

Greek chefs served the guests and provided information on the recipes and the traditional products used for their creation.

According to the Chef’s Club of Greece, the feedback was very positive on the Greek dishes, the association’s presence and the organization of the event.

The European Parliament opened its doors to Greek gastronomy at the initiative of Greek MEP from the German Liberal Party, Giorgos Chatzimarkakis. 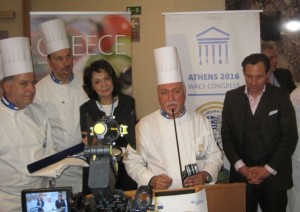 President of the Chef’s Club of Greece Miltos Karoubas

“We believe that in these difficult times, we seized the opportunity given to us by Mr. Hatzimarkakis and with the help of supporters/sponsors, were able to worthily complete this mission and give a small contribution through our gastronomy to restore Greece’s image abroad,” the chef’s club said.

The event was held under the auspices of the Greek Tourism Ministry, the Greek National Tourism Organization and the Ministry of Rural Development and Food. 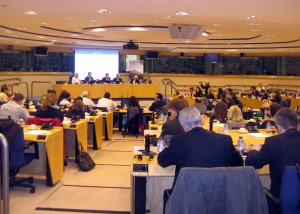 Spetses Classic Yacht Race 2013 To Be Held In June