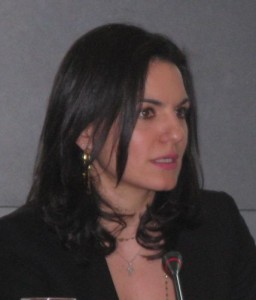 “The Greek-Russian cooperation in the tourism sector is successful and profitable and is rapidly growing for tourism businesses operating in both countries,” Greek Tourism Minister Olga Kefalogianni said in a speech today to Russian journalists in Athens.

The Russian journalists have been invited to Athens within the framework of a hosting program held under the auspices of the General Secretariat of Information and Communication, the Russian Embassy and the Greek-Russian Chamber of Commerce.

“Today we can talk about a significant increase in tourist arrivals from Russia to Greece,” Mrs. Kefalogianni said. According to data from the World Tourism Organization, in 2009 some 275,000 Russians tourists visited Greece and in 2010 that number jumped to 400,000.

Greek tourism professionals strongly believe that over one million Russian tourists will visit Greece this year.

Kefalogianni: Greece is a safe and welcoming country

Mrs. Kefalogianni also presented the objectives of the Greek Tourism Ministry that include strengthening the country’s competitiveness in tourism, extending the tourism season to 12 months and developing and promoting all forms of alternative tourism.

The tourism minister added that Greece was working on improving its image abroad and creating a new tourism identity that evolves around the issue of safety.

“Greece is a safe and welcoming country that can provide memorable and unique holidays. This is a message, a reality, I would like you to pass on to your homeland,” Mrs. Kefalogianni told the Russian journalists.

Greece And Germany To Discuss Cooperation On Tourism Education