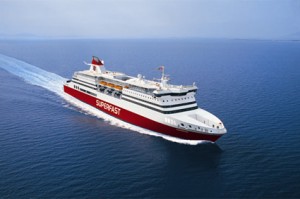 Attica Holdings (Superfast and Blue Star Ferries) announced recently that it has contracted to sell the RoPax vessel Superfast VI to Genting Group for a total cash consideration of 54 million euros. The delivery of the vessel is scheduled to take place in early April 2013.

Superfast VI will be replaced in the Patras-Igoumenitsa-Ancona route by another vessel of the Group’s fleet.

From this transaction, Attica Group is expected to book capital losses of approximately 6.3 million euros, which will appear in the company’s 2012 financial results.

After the repayment of the bank debt and all other expenses, the remaining sum is expected to reach approximately 21 millions euros.