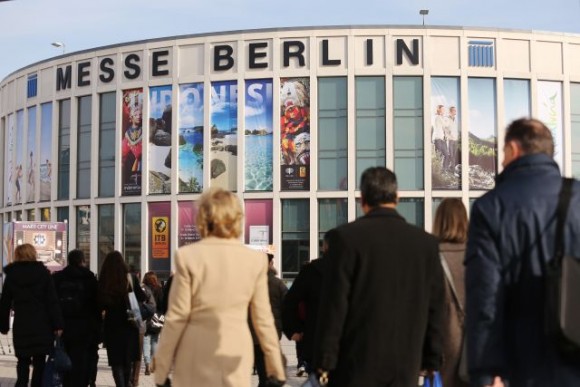 ITB Berlin opened its doors for 2013 today, Wednesday 6 March, with 10,086 exhibitors from 188 countries who are presenting their products and services on a display area covering 160,000 square meters. 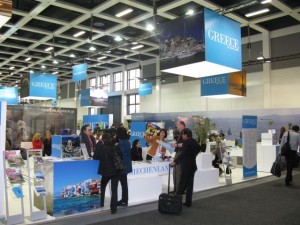 On the Greek side, 48 Greek tourism enterprises and regions are participating in the Greek National Tourism Organization’s stand that is representing Greece this year under the slogan “Greece: All Time Classic.”

Greek Tourism Minister Olga Kefalogianni is scheduled to visit the GNTO stand tomorrow, Thursday, 7 March, where she will meet with representatives of the Committee on Tourism of the German Bundestag.

The tourism minister is also scheduled to speak at an event-discussion entitled “Greece on the road to development. Tourism and Businesses: Challenges and Prospects” organized by the Konrad Adenauer Foundation and the GNTO.

Also attending the event will be the Minister of Rural Development and Food Athanasios Tsaftaris, the president of the Association of Greek Tourism Enterprises (SETE) Andreas Andreadis, board member of SETE Alexandros Angelopoulos and Greek businessman Pavlos Evmorfidis. 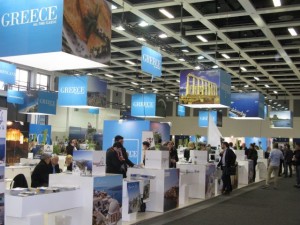 On Friday, 8 March, Mrs. Kefalogianni will meet with Germany’s federal deputy labor minister Hans-Joachim Fuchtel and discussions are to focus on Greek tourism investments and alternative forms of tourism. (It is reminded that Mr. Fuchtel has been appointed by Chancellor Angela Merkel as a special envoy to promote Greek-German cooperation on a local administration level).

The minister’s agenda at ITB also includes a series of meetings with the TUI’s CEO Friedrich Joussen, representatives of international tour operators and the foreign media.

In addition, on Friday, 8 March, the GNTO stand will  host a series of presentations of some of the country’s regions and islands (Santorini, Paros, Crete, Zakynthos, Skyros and more) to international tourism professionals and the media.

GTP will keep you updated on Greece’s presence at ITB! 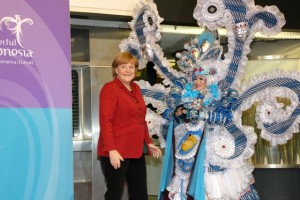 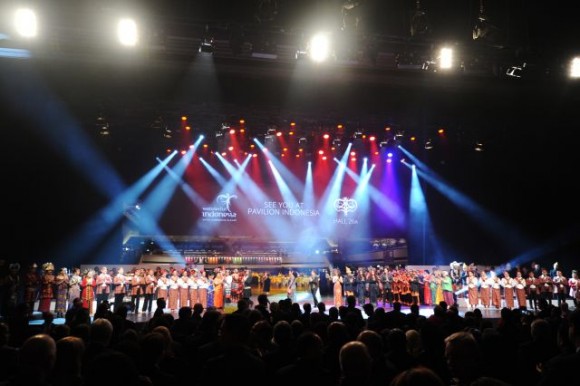 Opening Ceremony of ITB Berlin 2013 with this year‘s partner country Republic of Indonesia.