Sparta, located in the region of Laconia, in the south-eastern Peloponnese, was recently included among the 10 most popular bargain city break destinations for 2013 by UK newspaper The Guardian. 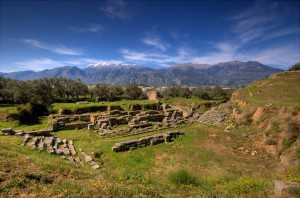 “There may not be much that resembles Zack Snyder’s wild visions in the movie 300, but a series of excellent museums (odysseus.culture.gr) detail Sparta’s fascinating history,” journalist Jamie Lafferty says in the the travel article.

The Laconia Hotel Association welcomed the article entitled “10 of the best bargain city breaks in 2013” and contacted Mr.  Lafferty to officially invite him to visit Laconia and tour, not only Sparta, but also other popular destinations, such as Gytheio, Mani, Monemvasia etc..

The invitation is among the association’s actions and initiatives for the promotion of destination Laconia to the international market.