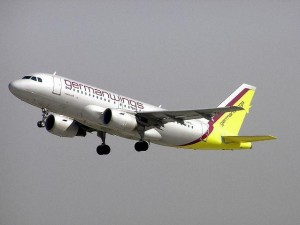 In less than five months, German budget airline Germanwings will launch a direct flight to link Hanover, the capital of the federal state of Germany, Lower Saxony, with the largest city in Northern Greece, Thessaloniki.

The flight is scheduled to launch on 5 May 2013 and will link the two cities once every week.

Hanover, northern Germany, is known for hosting many fairs every year such as as the Hanover Fair and CeBIT.