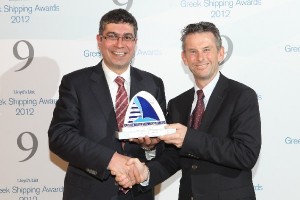 Blue Star Ferries was honored for the second consecutive year with the “Passenger Line of the Year” award at Lloyd’s List Greek Shipping Awards 2012 held recently in Athens.

The company won praise for the launch of the brand new BLUE STAR DELOS on the Cyclades Island line in November 2011 and the BLUE STAR PATMOS on the Chios-Mytilini line in July 2012.

Attica Group operates a fleet of 14 vessels that have an average age of only 10 years.