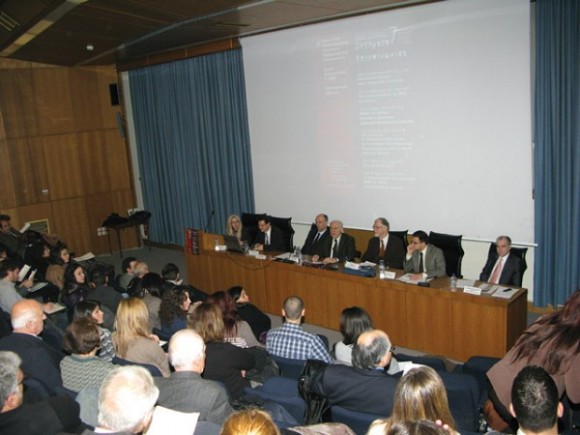 The University of Athens hosted a round table discussion entitled “Innovative trends in tourism development.”

“Modern tourism has a very special character as firstly, it evolved from a hobby of the elite to a part of the everyday life of the population of most developed countries and secondly, tourism is a new and very dynamic part of the global economy both in terms of growth and its share in world trade (between 12 and 15 percent),” Seppo Aho, adjunct professor, director of development, faculty of social sciences, University of Lapland, said recently in Athens.

Speaking at a round table discussion held at the University of Athens entitled “Innovative trends in tourism development,” Mr. Aho underlined that innovation is the keyword of contemporary management and development policies.

According to the professor, although the concept of innovation is often used, its precise content often remains unclear.

Through his presentation “Tourism-A grand arena for innovations: Conceptual Bases and Practical Applications,” Mr. Ahos defined the conceptual basis of innovation, presented innovations as the driving force behind economic development and approached tourism as a key area of innovation activities.

The professor said that in tourism there is usually a constant need for change, as the search for improvements in the production and marketing of tourism services are also continuous.

“Since tourism is an open field in both old and new businesses, there are always new ideas and efforts to improve processes,” he explained.

On his part, the president of the Hellenic Federation of Hoteliers, Yiannis Retsos, said that Greek tourism businesses are eager to innovate, but cannot do so on their own.

“It is unrealistic to talk about innovation if the government and society do not understand the role of tourism,” Mr. Retsos stressed.

Mr. Retsos, who also serves as the vice-president of the Association of Greek Tourism Enterprises (SETE), informed the audience in regards to SETE’s proposals for the tourism sector’s development up to 2021 that include a unitary 6.5 percent VAT rate on the entire range of travel package services and the establishment of a marketing company based on a public-private sector partnership. 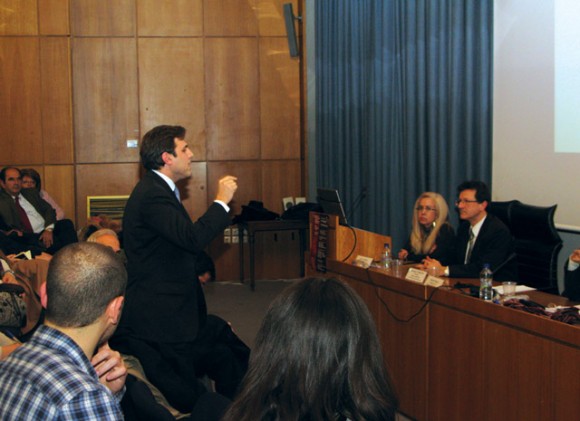 During the round table discussion held at the University of Athens, the Greek National Tourism Organization’s former president, Yiannis Kofinis, responded to the comments made in regards to the fact that the GNTO changed Greece’s logo 17 times. “Yes Greece’s logo changed 17 times but that’s because it was 17 efforts made to touch Greece’s image which is tremendous,” he said. Mr. Kofinis was GNTO president in 2009 for almost 10 months.

Economics and Business Professor Yiorgos Panigirakis gave a very interesting presentation on the role a tourism destination’s public places play for the visiting tourist and stressed that Greece does not have repeat visitors.

“When a visitor comes to Greece, he or she has an expectation (for an experience) and when the visitor leaves, he or she leaves with an experience-a negative one,” Mr. Panigirakis said.

During his presentation entitled “Experience Marketing in Tourism-Public Places… the missing link,” the professor underlined that first Greece must win over the Greeks themselves if the country wants foreign visitors.

On her part, Agni Christidou, director of the Hellenic Chamber of Hotels, explained to the audience the chamber’s innovative approach to Greece’s tourism development through the “Greek Breakfast” initiative.

According to Ms. Christidou, the chamber, having taken under consideration the need for innovation in the hotel industry, decided to promote what is often ignored: the uniqueness of the Greek culinary tradition and bring it to all hotels throughout the country, from the smallest to the biggest, from the low to the luxurious categories.