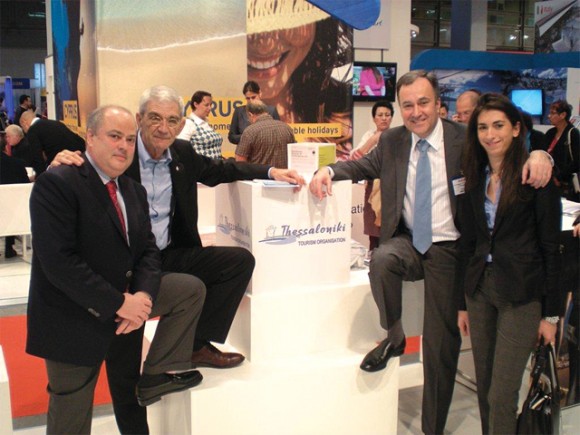 “The Jewish element played an important role in the city’s trade and culture and we must not forget that the leader of the socialists in Thessaloniki was Jewish,” Thessaloniki Mayor Yiannis Boutaris told the Israeli press recently. Mr. Boutaris is also the president of the city’s tourism promotion organization.

According to the mayor, one of the municipality’s goals is to make Greece’s second largest city the “Jerusalem of the Balkans.” Thessaloniki and Tel Aviv are twinned cities.

“We can not look to the future without knowing the past, as Thessaloniki was not accidentally named the ‘Jerusalem of the Balkans’ and this could happen again,” he told the Israeli press.

During the IMTM, the mayor promoted the comparative advantages of Thessaloniki as a tourism destination to tour operators and travel agents.

During the mayor’s press conference, the Israeli Tour Operators Association announced that it would hold its annual conference in Thessaloniki in October.

The mayor’s campaign to attract Israeli tourism to Greece coincides with the fact that the number of Israeli tourists to Turkey has fallen due to political tensions between the two countries.