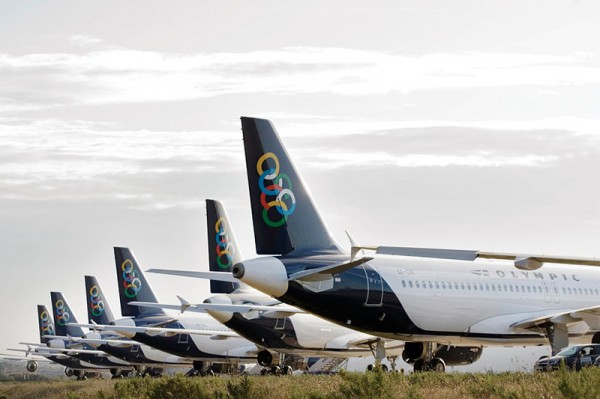 Olympic Air announced last month that together with Aegean Airlines it would appeal against the decision of the European Competition Commission that blocked their plans to merge. The commission had said that such a merger would monopolize the Greek market.

Following the rejection of the deal, Olympic Air announced restructuring efforts due to “difficult con­ditions and medium term prospects of the market.”

These efforts included flight cuts to Vienna, Brussels and London as of 27 March and Paris, effective as of 2 May.

Meanwhile, Greek Eurodeputies Costas Poupakis and George Koumoutsakos recently told the European Commission they were deeply concerned about a “silent” merger of Olympic Air and Aegean Airlines, the increase of airline ticket prices, and the creation of “almost a monopoly” on certain routes.

In regards to the airline’s flight halt to Vienna, reports said the decision would lead to higher prices in air tickets of Austrian Airlines and the creation of a monopoly in Greek air travel from and to Austria.