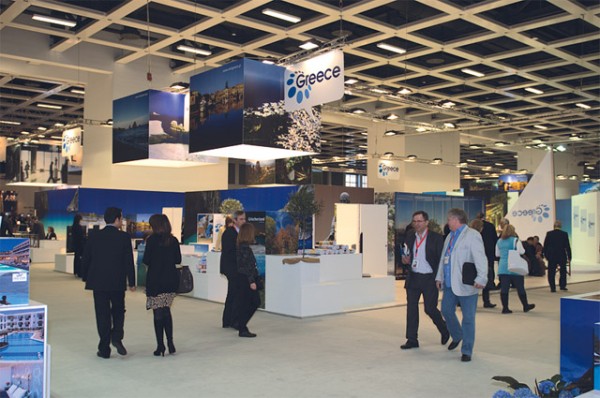 Business deals worth over six billion euros were made at this year’s ITB among 11,163 exhibiting companies and organizations from 188 countries (2010: 11,127 companies from 187 countries) that presented tourism products and the latest travel trends. The travel trade show counted some 170,000 visitors, of which 40 percent were international buyers and 7,000 were accredited journalists from 94 countries.

“As we enter the new decade, and in spite of all challenges, I am confident this will be remembered as the decade of travel and tourism,” UNWTO secretary general Taleb Rifai said during the opening ceremony of the 45th ITB Berlin travel trade show held 9-13 March.

During his speech Mr. Rifai referred to unfortunate conditions of the previous decade that were not ideal for international tourism.

“Now -with recovery underway and international tourist arrivals up by seven percent in 2010- it is time to look forward and ask what the next ten years hold for our sector,” Mr. Rifai said.

The Greek National Tourism Organization’s stand was comprised by 50 Greek exhibitors and this year introduced an entirely new philosophy in regards to the promotion of the country’s image. The GNTO aimed to show that besides a destination, Greece is also a place of unique experiences. 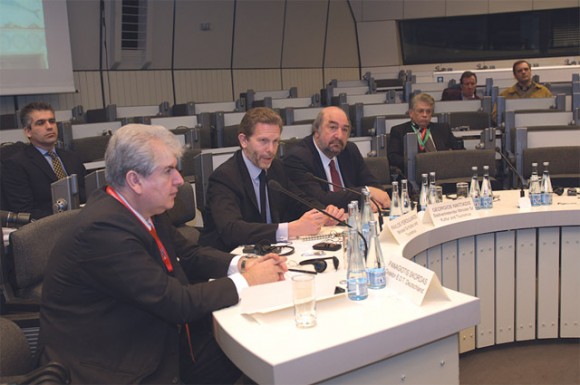 Culture and Tourism Minister Pavlos Geroulanos, seated between the new director of the GNTO office in Germany, Panagiotis Skordas, and Deputy Culture and Tourism Minister George Nikitiadis during his press conference at ITB Berlin 2011. He informed the audience that he recently proposed to the Finance Ministry to reduce the spatosimo airport tax by 50 percent during the low season months.

Culture and Tourism Minister Pavlos Geroulanos and Deputy Minister George Nikitiadis held many meetings with tour operators, media and exhibitors and said to have received an “optimistic climate for the arrival of German visitors to Greece in 2011.”

During his press conference to Greek and foreign media, which clearly attracted a smaller audience than last year, Mr. Geroulanos stressed the message the country conveys: “Greece is changing and is not limited to traditional forms of supply.”

The minister told the media that specific programs are being promoted on a destination the world can embrace again and see with a different viewpoint, “a Greece, full of wealth, not only on the islands, but also in the major cities.”

He referred to the Greek government’s initiatives to boost tourism such as the VAT reduction from 11 percent to the low rate of 6.5 percent for hotel accommodation services and measures for faster procedures for the issuing of visas.

He also drew attention to the slashing of red tape for tourism investments and to the lifting of cabotage restrictions so non-European Union cruise ships would choose a Greek port as homeport.

On answering a question in regards to attracting more low cost carriers to Greek destinations, Mr. Geroulanos admitted that Greece does want to do business with low cost carriers but on a long-term basis rather than infrequently.

When asked to make a forecast in regards to this season’s tourism development for Greece, Mr. Geroulanos said it was still too early to do so. “I will make my predictions in September,” he said.

Are the Germans Coming?

According to a recent study of research institute GfK, top holiday destinations for German travelers this year are Spain, with 45 percent more bookings than last year, and Turkey, with a 35 percent increase in bookings. The German press said tour operator TUI has confirmed these percentages.

Bookings from Germany to Greece are also on the up but, according to reports, they do not exceed more than five percent compared with the corresponding period last year. 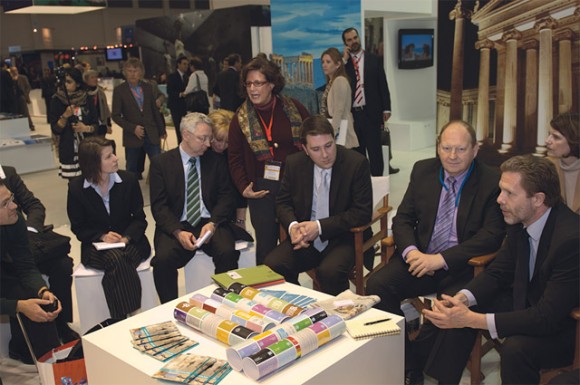 Culture and Tourism Minister Pavlos Geroulanos (far right) discussing with the Committee on Tourism of the German Bundestag (from his right): Klaus Brämig, chairman of committee; Markus Tressel; Mareta Nikolaou, German translator; Stephan Dehé, head of the secretariat; and Sylvia Reinhardt. The German Bundestag members were invited to Greece in early May in a move to support Greece as a top tourism destination.

Speaking to the press after the ITB Berlin, Mr. Geroulanos dismissed suggestions that Germans -traditionally the biggest group of visitors to Greece along with the British- were not coming to Greece due to continuing strikes and protests in the country against the government’s austerity drive.

The culture and tourism minister told the press that meetings he had with top European tour groups TUI and Thomas Cook on the sidelines of the ITB fair made him more optimistic.

“I don’t want to say that this is a generalized trend but it’s a very positive signal,” he told the press.

Speaking last month to the Greek program of Deutsche Welle, TUI Germany Chief Executive Volker Boettcher expressed optimism that bookings from Germany to Greece ultimately would increase higher than five percent, although “at the beginning of this year’s season our customers were hesitant to book trips to Greece.”

Mr. Boettcher said the reasons for the rise in bookings to Greece were related to the political developments in Egypt and Tunisia and the decline of tourism in both countries.

“Although Greece offers a good product it is partially outdated and one of the reasons for the success of other destinations such as Turkey and Egypt is the fact that they offer up to date tourism products,” he said.

The president of the German Travel Association, Jürgen Büchy, also said that Greece needed to renew its image.

“We do not want to burden our customers with airports where they have to wait three hours in the hot sun for the departure of their flight because of the building difficulties or a malfunction of the baggage handling system,” he told Deutsche Welle.

On his part, Mr. Geroulanos told Deutsche Welle that the low percentage of German bookings to Greece was due to the bad publicity the country received last year.

“Nevertheless, because our relations with Germany are long term we see that this difficulty is improving sooner than we expected,” he said. 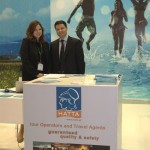 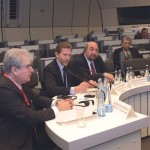 Culture and Tourism Minister Pavlos Geroulanos, seated between the new director of the GNTO office in Germany, Panagiotis Skordas, and Deputy Culture and Tourism Minister George Nikitiadis during his press conference at ITB Berlin 2011. He informed the audience that he recently proposed to the Finance Ministry to reduce the spatosimo airport tax by 50 percent during the low season months. 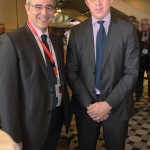 GNTO President Nicolas Kanellopoulos and the organization’s new secretary general, Yiorgos Koletsos, at ITB. Prior to being appointed GNTO secretary general, he was president of the Mediterranean Games organizing committee, which were to be held in Volos and Larisa in 2013. Mr. Koletsos replaced Yiorgos Pousaios who had resigned from the position of GNTO secretary general last November in order to participate in the municipal elections. 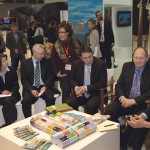 Culture and Tourism Minister Pavlos Geroulanos (far right) discussing with the Committee on Tourism of the German Bundestag (from his right): Klaus Brämig, chairman of committee; Markus Tressel; Mareta Nikolaou, German translator; Stephan Dehé, head of the secretariat; and Sylvia Reinhardt. The German Bundestag members were invited to Greece in early May in a move to support Greece as a top tourism destination. 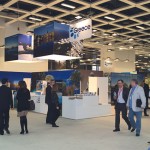 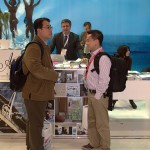 Greek journalist Yiorgos Aggelis, Tourism Lobby blog administrator, looks on as two ITB visitors look around the GNTO stand. During ITB, Deputy Culture and Tourism Minister George Nikitiadis discussed the simplification of visa issuing procedures, an issue that is sure to see to the increase of tourists from China, India and Russia to Greece. 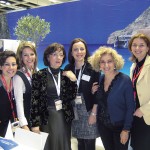 GNTO Germany’s Maria Zarnakoupi, Elisavet Zotou, Olympia Tsioulaki, Maria Pampiri, Dr. Katerina Karakasi and Irene Trutwig at the organization’s stand at ITB Berlin. Guests to Berlin’s 45th travel trade show had the opportunity to browse, enjoy images and scenes of Greece and its culture and even surf the visitgreece.gr website.