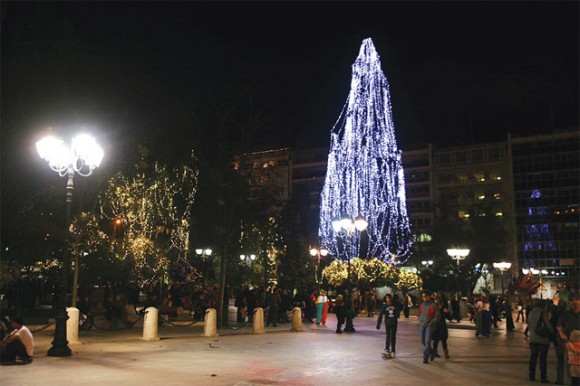 “There wasn’t even a Christmas tree. From the municipality they just threw some lights to blink on a cypress on Syntagma Square,” a representative of the Hellenic Association of Travel and Tourist Agencies (HATTA) told the press. Tourism professionals believe that the lack of a festive atmosphere in Athens was one of the main reasons visitors stayed away during the Christmas and New Year holidays.

Travel professionals said last month that Greeks and foreign visitors did not opt to spend their holidays in the Greek capital.

According to the Athens-Attica Hotel Association, Athens recorded low bookings last December due to “the complete absence of a festive climate.”

“The decline in bookings compared to the past is enormous,” the association’s president, Yiannis Retsos, told the press.

The association said December 2010 was the third consecutive December dominated by riots “with molotov cocktails” and tons of uncollected garbage on the streets of central Athens.

“We should not use the economic crisis and social unrest as an alleged reason to cover inbuilt weaknesses or the inefficiency of people and services,” the association said.

Greeks Stayed Home For The Holidays