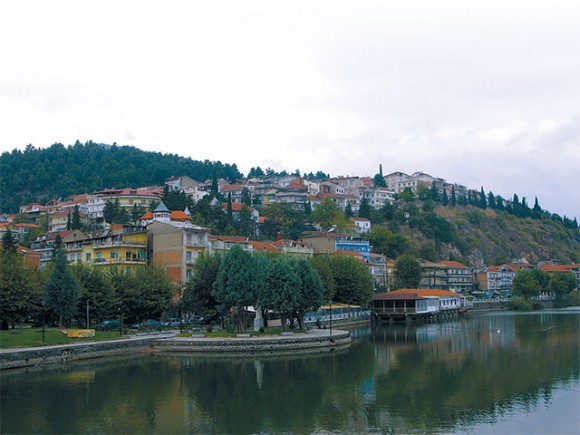 A boat ride on Lake Kastoria can offer views of the city that boasts the famous Kastoria Mansions and Byzantine churches.

A recent familiarization tour of the region of Western Macedonia and specifically to the prefectures of Kozani, Florina, Kastoria and Grevena, brought journalists and travel agents closer to the advantages that makes this a worthwhile all-year-round destination.

The general secretary of the region, Andreas Leoudis, organized the promotion campaign with an aim to strengthen Western Macedonia’s image and show the region’s alternative forms of tourism. 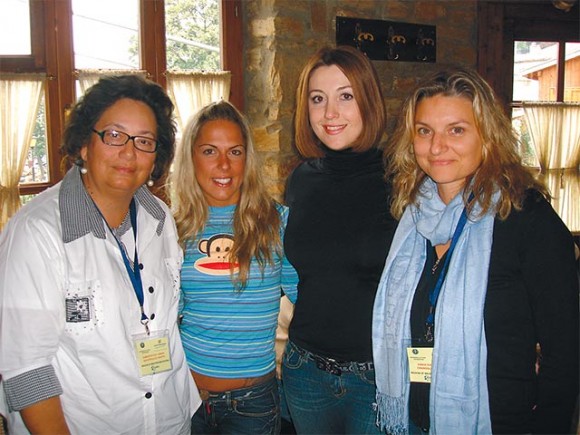 Present throughout the whole course of the familiarization tour of the region of Western Macedonia was Ksanthi Savvopoulou, pictured here with Eleni Soultou, Alexia Palla and Eleni Chanoglou who accompanied the guests on the tour.

The prefect of Kozani, Yiorgos Dakis, said that the combination of significant areas of natural beauty with the prefecture’s rich historical and cultural heritage could contribute vastly to the tourism development of Kozani.

During the tour, the visitors found that most towns of the Western Macedonia region aim to maintain their originality and history, as is the case of Nymfeo, 53 kilometers from Florina.

The main sights of the town, according to the president of the community, Yiorgos Boutaris—besides the traditional architecture and cobbled stone roads—are the bear refuge Arktouros and the Nikeio school photo exhibition of the 1800’s.

According to Mr. Boutaris, Nymfeo has already gained European distinction as in 2000 the community was honored by the European Union with the “European Renaissance Village Award 2000” and the town represented Greece at the meeting of the Euro-Mediterranean Cooperation in Syracuse, Sicily (2004) and in Seville, Spain (2005).

In October 2007 the Florina prefecture was honoured with the “European Destinations of Excellence” (EDEN) award as one of the ten best emerging rural destinations at the European Annual Tourism Forum.

The chairman of the Florina chamber, Aris Aristeidou, told guests that the chamber recently established a tourism department and among the main efforts is the promotion of Florina’s local business products in Greece and abroad.

On their visit to Grevena, the guests found that the Western Macedonian region won yet another distinction. This September the Grevena prefecture was honored at the EDEN awards as one of the 20 localities with the title “best local intangible heritage destination in Europe.” 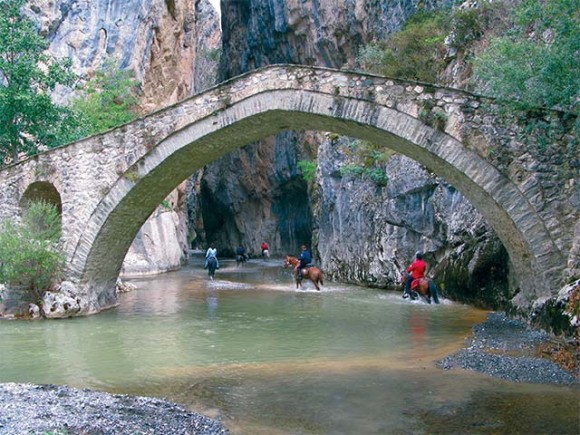 The stone bridge of Portitsas in the mountains of Grevena was built in the late 18th century. With a length of 34 meters, it crowns the Venetiko river and was the sole passage between the villages Monachiti and Spilaio.

In addition, the mayor of the Theodorou Ziaka town of Grevena, Christos Petrou, announced two innovations planned to contribute to the prefecture’s tourism economy.

The first is a star observatory under construction on Mount Orliakas (at an altitude of 1400-1600 meters) and is considered by experts as one of the best sites for that purpose in Southeast Europe.

The second innovation involves the creation of a palaeontology center to display findings of pre-historic animals that date millions of years ago.

Among the findings are 5-meter long tusks -the largest found in the world- of a prehistoric mastodon discovered in Milia, Grevena. Both innovations should be ready in the next three to four years.

According to the general secretary, Mr. Leoudis, such innovations, along with the immense amount of surface water of Western Macedonia and the development of environmentally friendly new forms of energy and thematic forms of tourism can give the region the image of an enticing alternative tourism destination. 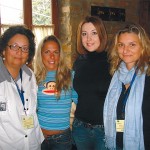 Present throughout the whole course of the familiarization tour of the region of Western Macedonia was Ksanthi Savvopoulou, pictured here with Eleni Soultou, Alexia Palla and Eleni Chanoglou who accompanied the guests on the tour. 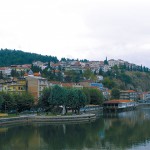 A boat ride on Lake Kastoria can offer views of the city that boasts the famous Kastoria Mansions and Byzantine churches. 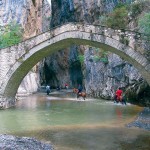 The stone bridge of Portitsas in the mountains of Grevena was built in the late 18th century. With a length of 34 meters, it crowns the Venetiko river and was the sole passage between the villages Monachiti and Spilaio. 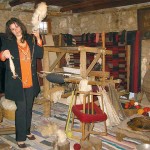 Tatiana Derou is the founder of a traditional home in Siatista, Kozani, which is located within the Poulkos Mansion (1752) premises. 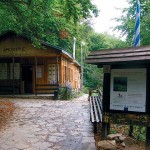 The Brown Bear Sanctuary in Nymfeo, part of the Arcturos Environmental Center of Aetos, Florina. 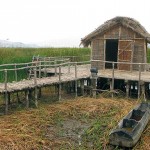 A specially designed area that is the exact representation of the Dispilio lake settlement (5500 BC) that contains huts, 'furnished' with exact replicas of ancient utensils and household equipment.

Athens Not a Business Center