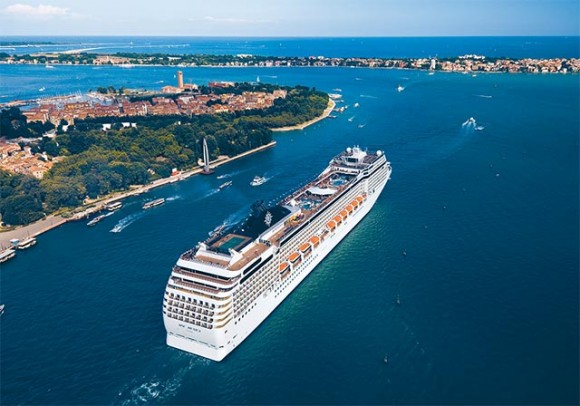 One of the two new ships of MSC Cruises.

Italy’s MSC Cruises, which include Greece in its itineraries, recently announced a further expansion of its cruise linefleet with the order of two new ships from the Aker Yards France in St Nazaire.

The new ships will be named the MSC Meraviglia (“marvelous/amazing”) and the MSC Favolosa (“fabulous”) and are due for delivery in 2011 and 2012 respectively.

They will be the fifth and sixth sister ships in the Musica class, with 93,000 tons of gross tonnage, 1,275 cabins and a maximum occupancy of 3,013 passengers each.

The arrival of MSC Meraviglia and MSC Favolosa will bring the MSC Cruises fleet to a total of 14 ships and by the end of 2012 MSC Cruises will have the most modern fleet in the world.

MSC is the largest cruise company with entirely European capital and most of its ships are under five years old and is the world’s third biggest cruise line. Its preferred sales agent in Greece is Athens-based Versus Travel.