Sports Tourism On the Table

The postgraduate program in business management of the Athens University of Economics and Business recently held the first Panhellenic Conference and International Symposium on Sports Tourism.

The event aimed towards the awareness of both the sport and tourism sector for the establishment and development of sports tourism in Greece through reports and suggestions of leading personalities from the academic, business and tourism community.

The conference focused on a comprehensive range of issues, such as the trends and prospects for alternative tourism.

Professor Periklis Litras of Athens Technological Education Institute’s Tourism Enterprises Department stressed that sports tourism is among the most interesting forms of alternative tourism and one that can solve problems within the tourism sector, mainly financial ones.

“Greece currently has all the necessary assurances and competitive advantages so that in the future it can successfully develop sports tourism for the benefit of our national economy,” said Professor Litras.

All parties at the conference agreed that Greece is ideal for sports development and due to its history in sports has an added value for the development of sports tourism. 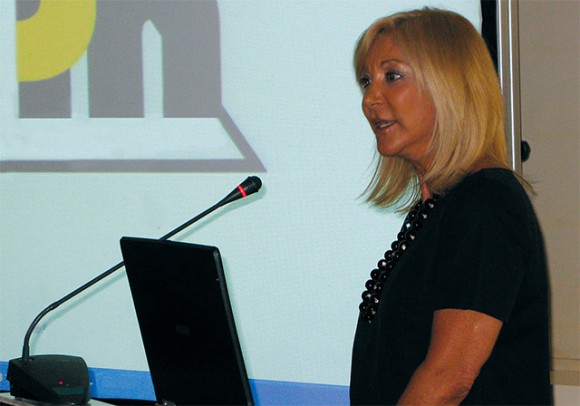 Over the past years Greece has organized major sport events (Champions League and Final Four), with the main highlight the 2004 Olympic Games in Athens.

Greece also has won the bids to host two major athletic events: the 17th Mediterranean Games in Volos and Larisa (2013) and the Special Olympic Games in Athens (2011).

Joanna Despotopoulou, the president of the organizing committee of the Special Olympics, said that the committee chose Athens as the host city -and not any other Greek city- because of the already existing sports infrastructure.

Stavros Douvis, the secretary general of sport, said that athletics could surely raise Greece’s image as a tourist destination. Mr. Douvis empasized the development of golf – a sport with advantages that the Greek majority is not yet familiar with.

“Golf is a sport that can be combined with hotels, tourist units and marinas,” said Mr. Douvis. “Our ambition is to construct 17 golf courses in the future.” He also announced the future inauguration of an extreme sports school sponsored by the government.

Other forms of sports tourism discussed were windsurfing and bicycle tourism.

Monica Liatiri, tourism specialist from the Cyprus National Tourism Organization, presented the development of cycling tourism on Cyprus and the initiatives taken by the organization. Ms. Liatiri mentioned how cycling is very popular on Cyprus and attracts many visitors on an international level.

Cyprus is a EuroVelo member (the European cycle route network, a project of the European Cyclists’ Federation to develop 12 long-distance cycle routes crossing Europe) and has constructed routes ideal for bicycle touring. Greece is a member of EuroVelo as well but has yet to tend to its routes.

Yiorgos Siomkos, marketing professor and director of the Athens University’s postgraduate program, announced a Greek Sports Tourism Charter, along with a proposal that the year 2009 be known as the Year of Sports Tourism. The proposal is supported by the Tourism Ministry and the Greek National Tourism Organization.