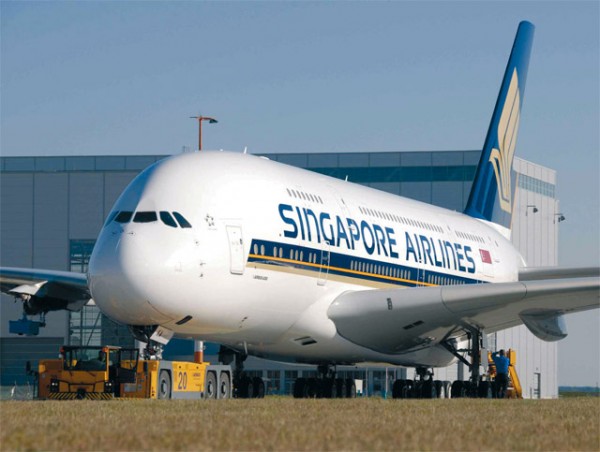 Singapore Airlines recently received its second Airbus A380, the world’s largest passenger aircraft.  The aircraft was handed over to Singapore Airlines at the Airbus Delivery Center in Toulouse, France, on the morning of January 11 and arrived in Singapore the following day.

Like the first A380 that was delivered in October 2007, the aircraft is fitted with the new generation Singapore Airlines cabin products, and seats 471 passengers in a three-class layout. The configuration includes the luxurious Singapore Airlines suites, the award winning four-abreast Business Class and a new, more comfortable Economy Class.

This new delivery, according to the airline, will allow for rotation with the aircraft on the existing Sydney route, and provide opportunities for crew training. On delivery of the third aircraft at the end of this month, the airline will launch a daily service between Singapore and London Heathrow Airport.

Singapore Airlines is the first carrier to fly the A380 and is currently the only airline in the world that operates the new aircraft. At the moment it flies daily between Singapore and Sydney. Singapore Airlines has placed firm orders for 17 additional A380’s.