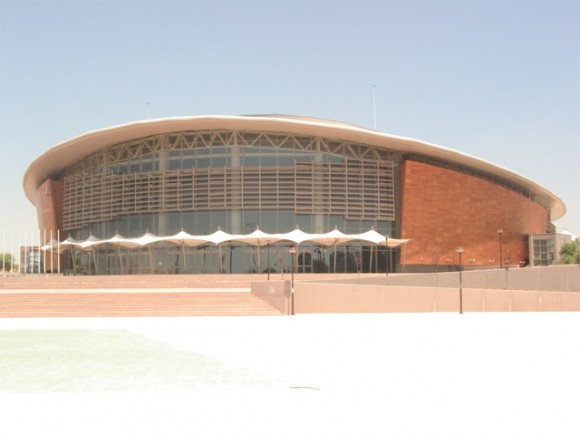 The conversion of the Faliron Pavilion into a world class conference center is soon to become a reality.

Many members of the tourism industry see the importance in the promotion of Greece as an ideal conference destination, but claim that efforts to achieve this are un-coordinated and delayed. They believe Greece has many advantages over neighboring countries that compete in this sector. However, it is evident from their perspective that efforts to achieve this are few and far between and therefore will delay what is a significant step in turning Greece in to the much desired all-year-round destination. One example of this is the conversion of the Faliron Pavilion into a world class conference center, that in combination with the post Olympic campaign would lay the foundations for Greece to acquire a business tourism identity.

According to Tasos Koumanis, president of the Association of Greek Exhibition and Conference Organizers: “Athens will benefit greatly from this addition to its conference facilities because it is well known that conference activity greatly benefits the hotel industry particularly during the low tourism period.”

He added that “delegates who participate in large conferences are up-market tourists who combine a conference with a leisure trip (sometimes including their families) thus increasing activity in the local tourism market.”

Mr. Koumanis concluded that the creation of the Faliro Pavilion will not be the cure all to generate business tourism in Greece and that more combined efforts are required in parallel to this process in order for Greece to achieve its full potential as a conference destination, he added.

In this process, he said, Greece must also create a strong tourism conscious that will include services and knowledge in the field of business tourism, specific advertising and marketing and the establishment of professional conference organizers. The absence of a national convention bureau, with international recognition and appeal, severely hinders the efforts to achieve conference destination status.

According to Dimitri Mantzio, president of the Hellenic Association of Professional Congress Organizers (HAPCO), “there must exist a national convention visitors bureau with a specific responsibility to promote the potential of Greece as a conference destination and actively participate in the development of this sector through the attraction of foreign investment and constant upgrade of its human resources.”

The absence of professional congress organizers is also an essential problem as Zacharias Kaplanides, member of HAPCO and the European Federation of Professional Congress Organizers (EFAPCO) said: “It is now common for well organized and legal establishments specializing in this field to have competition from individuals without the necessary background and knowledge to organize events that cost many hundreds of euros. These situations are not only dangerous for the real professionals who have to fight unjust competition but also to the clients that can receive services which are questionable in quality and value.”

Finally they say that Greece already has several conference centers in ideal locations such as Rodos, Crete, Thessaloniki and the professionals that do practice the organization of conferences have a good reputation for their experience and success in the events they organize.