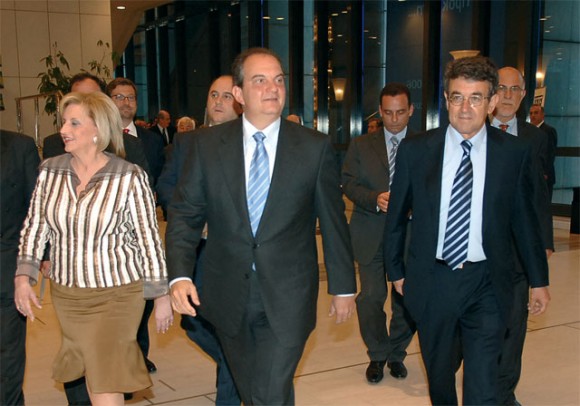 At the Association for Greek Tourist Enterprises’ assembly meeting last month, its president, Stavros Andreadis, pointed out that the ministry of tourism development’s role is not as clear as it could be to the public sector in general, and although “coordinated efforts are required for tourism policy to be effective, obstacles are still created by problems stemming from the past.” Prime Minister Karamanlis and Minister of Tourism Development Petralia addressed the assembly as well.

Mr. Andreadis applauded the government for recognizing that tourism is essential to Greece’s competitiveness and long-term economic goals. However, Mr. Andreadis had several recommendations. He said that to develop of a new business model for tourism, a smaller and more effective government is needed, and the National Tourism Council could be improved with specific responsibilities and a better support system. Free competition in air transport and coastal shipping would strengthen local businesses. Finally, tourism facilities should be developed according to a land use plan designed for the entire country.

Mr. Andreadis reiterated the need for a satellite tourism account to collect data and report on the country’s tourism economy and mentioned the positive trends in Greek tourism for 2005 compared with 2004, with an increase of 4.7 percent in arrivals and an increase of 6.7 percent in income.

In his address, Prime Minister Karamanlis stated that tourism is central to the government’s development plans. The new development law will strengthen marginalized regions and provide incentives for enriching the tourism product, including the construction of new hotels and refurbishment of older ones, and conversion of traditional buildings. New investment will be attracted for the construction of golf courses, marinas, exhibition spaces, ski resorts and theme parks.

Prime Minister Karamanlis pointed out that about half of the 480 investment plans for the tourism sector had been approved, and amounted to a total budget estimate of over 560 million euros.

The absorption of available funds increased by 500 percent in two years, up from 8 percent in March 2004 to 46 percent today. Under this program 5,200 business plans have been approved with budgets totaling 590 million euros.

Tourism Minister Fani Palli-Petralia said that a modern legal and legislative framework is planned that involves less bureaucracy and simpler procedures. Also, a new department in the ministry will be created to serve as a “One-stop shop” for welcoming and coordinating large-scale investments.