Amadeus Out to Conquer with Technology 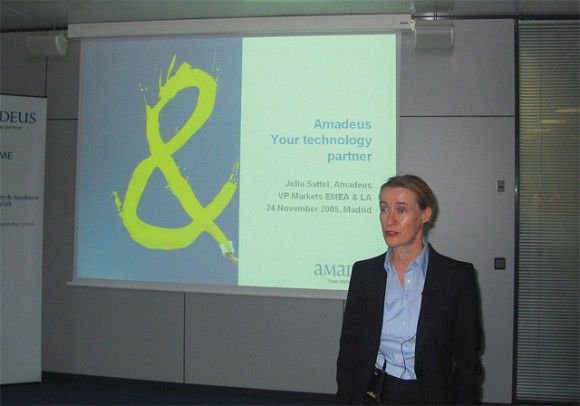 With the biggest non-military data base in the world, with technology investments triple that of its closest competitor, and with a dedicated staff of 100-plus nationalities, Amadeus intends to conquer any and all competition.

Julia Sattel, a slight woman of German extraction with a powerhouse of energy is a prime example of the global distribution system’s dedicated staff. This executive writes and speaks about a dozen languages, holds a black belt in judo, and can rhyme off Amadeus statistics without a second thought.

During a recent press tour of Amadeus offices in Madrid, Ms Sattel, as vice president of markets for Europe, the Middle East, Africa and Latin America, explained with ease how Amadeus decided to build its future by being the best in technology and by taking the industry to the next level in growth – the company will spend $1 billion in technology investment between 2004 and 2007.

She reviewed the company’s short history – its first booking took place in 1992 – and explained how Amadeus technology and its learned staff carried the company to the world’s number one GDS in terms of agency bookings in 2002, and has kept it number one. Amadeus handled 450 million bookings in 2004.

Another example of employee dedication -Amadeus boasts one of the lowest employee turnover ratios in the marketplace- is the company’s director of business solutions, Jean-Louis Richard.

In one of the most pleasant presentations ever experienced, he explained in a rather heavy French accent, but in a simple and entertaining way, how Amadeus researchers developed information technology solutions that go far beyond the typical GDS. 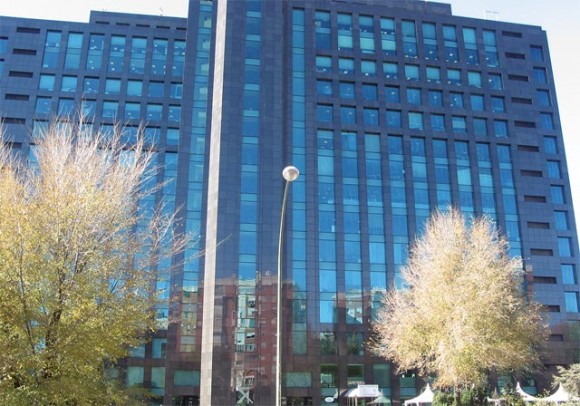 He showed how a new travel agency employee could become comfortable with Amadeus booking tools almost immediately. He then went on to explain how the system is customized for each country and each agency. Amadeus, he said, “even visits agencies and suggests changes that could optimize work load, costs and productivity.”

Sari Vahakoski, the company’s director of markets in central, eastern and southern Europe, as well as the Middle East and Africa, wrapped up the seminar.

This dynamic Amadeus executive with Finnish blood surely racing through her veins at breakneck speeds, told of the phenomenal number of countries and marketing companies she is responsible for, and gave a quick rundown on the huge market share Amadeus has in each – Greece, she said, is one of her markets with the highest potential for expansion.

“We don’t believe in quick wins,” she said, “but rather in long-term strategy.” This would perhaps explain in part why Amadeus holds 80% of the market share in Central, Eastern and Southern Europe.