Sports Tourism Moves to the Forefront

Sports tourism agreements appear plentiful of late with major companies like TUI Hellas taking more interest in the sector, and with the government ready to create a World Athletics Museum.

While TUI signed a three-year agreement to handle all the travel movements of one of Greece’s major soccer teams (AEK), government, in a move aimed at capitalizing on the recent success of the country’s Olympic Games, signed an agreement with the International Association of Athletics Federations (IAAF) to set up a World Athletics Museum in Athens and to also host an annual Throws Gala at Ancient Olympia in the Peloponnese. 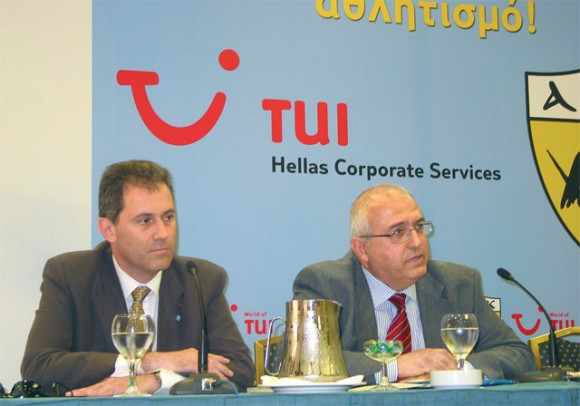 Alternate Culture Minister Fanni Palli-Petralia signed a memorandum of cooperation with the IAAF in Florence during the latter part of last month, which foresees the setting up of a 23-million-euro, state-of-the-art athletics museum, and which is expected to draw more than one million visitors each in every  year.

The museum will be housed in the huge building used as the International Broadcasting Center during the Olympic Games in Maroussi, northern Athens. “This gives us the ability to exclusively set up the World Athletics Museum,” said Palli-Petralia.