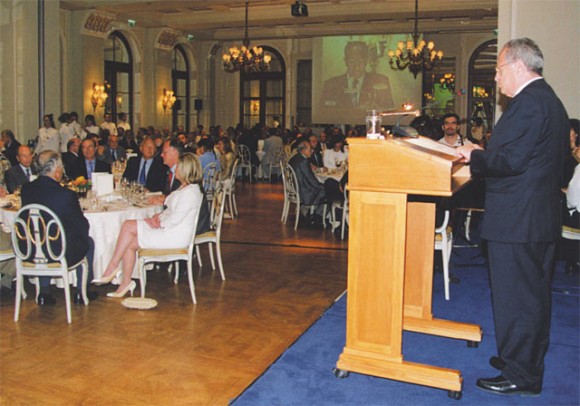 Hellenic Chamber of Hotels President Makis Fokas announces the tourism professionals to be awarded by the chamber this year.

This year’s Hellenic Chamber of Hotels‘ tourism awards took on a completely new face. Not only were the awards held within an up-market atmosphere, but also instead of a barrage of awards for everything and everybody, the chamber decided on a smaller number for specific reasons.

The first awards went to Former President of the Republic Constantinos Stefanopoulos for his services to the country and to the tourism sector, and to Gianna Aggelopoulou-Daskalaki for her services as president of the Olympic Games Organization Committee.

These were followed with an award to Aegean Airlines for its success as a tourism enterprise; to the Grande Bretagne as the best city hotel; to Elounda Beach as a resort hotel; to Life Gallery Athens hotel for its design and art; to the Imaret hotel (Kavala) as a traditional lodging; and to Sunwing Resort for its environmental conscience.

During the ceremonies, Hellenic Chamber of Hotels President Makis Fokas, said that Greece should be welcoming at least 18 million tourists in order to cover the present hotel strength of the country, which is about 1.2 million beds. 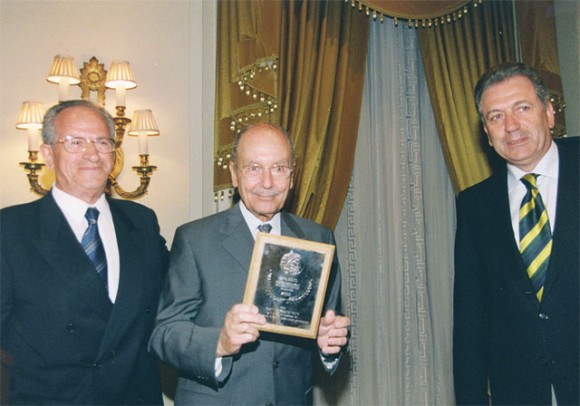 Former President of the Republic Constantinos Stefanopoulos (center) received a chamber award for his services to the country and to the tourism sector.

Special speaker Vassilis Konstantakopoulos said he was pleased to see that after years of problems his tourism project Messinias (600 million euros) appears to be going forward. Besides having to fight with the chamber over the project, and government quarters, he said the property (3,000 stremma) for the project took 22 years to acquire and needed 1,200 purchase agreements to slave over.

Tourism Development Minister Dimitris Avramopoulos announced that three pieces of tourism legislation was now before parliament – spa tourism, rural tourism, health tourism – and that about 75 percent of all applications for investment projects in Greece concerned the tourism sector.

Other speakers concentrated on support for any positive initiative by government or private quarters, but were not as optimistic as the tourism minister concerning tourism arrivals this year.