Now or Never for Greek Tourism 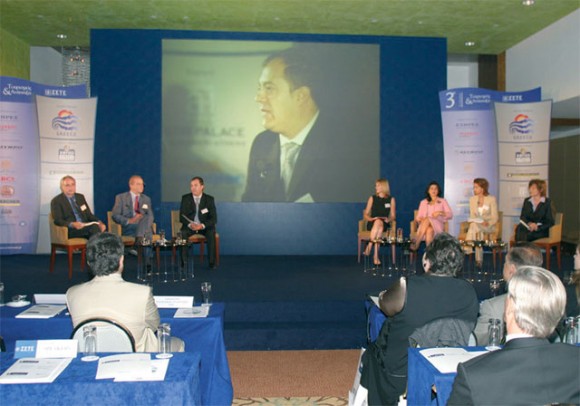 An open panel discussion with some of Europe’s top travel business journalists got the recent tourism conference organized by the Association of Greek Tourism Enterprises off to a promising start.

Perhaps the best and most professional tourism conference ever organized in Athens was organized and superbly executed last month by the Association of Greek Tourism Enterprises. The conference not only started on time but also started without the usual barrage of empty speeches by politicians. As well, the conference hall remained full right up to the very last speaker.

And while the most important speech centered on the vital importance of a strong advertising and promotion campaign of no less than 300 million euros over the next couple of years, the importance of the first panel discussion was lost to most.

Speakers on the first panel included top tourism business media representatives who gave their audience straightforward replies on the basic changes required in order for Greek tourism to survive and thrive.

Journalists stressed the importance of original products and uniqueness, and for Greece they said this means mixing the good life with culture and up-market services. They also urged that tourism offices at home and abroad be staffed with proven professionals, not with friends of political figures, and reminded that these are the professionals that know how to capitalize on the power of the media so as to redefine the country’s image.

In a similar vein, representatives from THR International Tourism Consultants of Barcelona stressed the vital need of media and advertising. They went on to analyze a study they carried out that was commissioned by the Association of Greek Tourism Enterprises.

They said 300 million euros was the minimum amount required to be invested in infrastructure and marketing in the tourism sector over the next two to three years in order for Greece to take full advantage of the successful hosting of the Olympic Games.

“You have a unique opportunity to capitalize on the positive results of the Games, but you have to start now, said THR. “The key ingredients include the exploitation of the pride of the local population, a follow-up with the media, strong efforts to develop new products for existing markets and new markets, and the creation of management of a ‘worldclass’ marketing system.”

To develop the latter, the speakers said Greece must set up an effective cooperation culture, agree on key strategies, and manage a very professional operational marketing system.

But the first step, according to the specialists, is to change the model of Greek tourism and then focus on implementing practical issues.

They recommend the establishment of a marketing firm governed by the public and private sectors. For funds, some 300 million euros, they suggest the tourism ministry and Hellenic Tourism Organization cover 40% of the total, regional authorities 25%, local governments 15% and the private sector the remaining 20%.

The study also recommends, among other things, the creation of a single branding of all Greek tourism destinations.

Tourism Development Minister Dimitris Avramopoulos, during the conference’s lunch-break speech, outlined the way forward toward a more dynamic tourism sector that will play an even bigger part than currently in Greece’s economic growth.

“We will put an end to the inflexible bureaucracy that has harassed the professionals in the tourism sector and which threatens even the bright prospects brought by the successful staging of the Olympic Games,” he said.