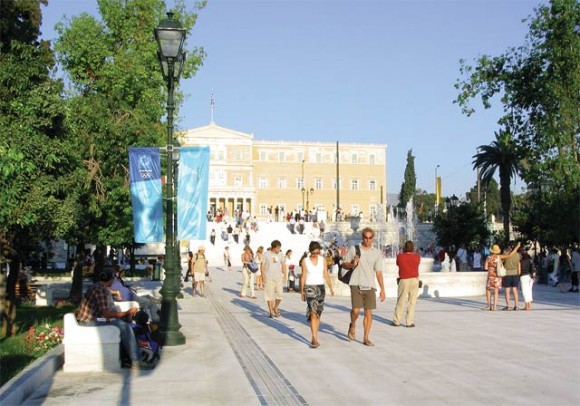 The city in a short time has filled with sidewalks that accommodate wheelchairs, sidewalks with special grooves for the blind to follow.

From the 17th to the 28th of this month Athens will host the 12th Paralympic Games: A world sporting event that’s second only to the Olympics and one that deserves the support of all. But are we ready. While it has been a decade or so since Greek hoteliers began to take the tourist with special needs into account through making their units user friendly, the City of Athens has just within the past year or so begun to do its bit. The city, however, has done wonders in a short time with sidewalks that accommodate wheelchairs, sidewalks with special grooves for the blind to follow (1), and even outdoor toilets to accommodate those with special needs.

Polychronis Akritidis, the deputy mayor for public works, says the city has a budget of some 25 million euros for these special projects and works will continue until the city is user-friendly for all. Our priority is for pedestrians and our basic aim is to make Athens user friendly for everyone, he says. This program includes new, wider sidewalks and so far we’ve redone 65 kilometers of sidewalk, complete with wheelchair and carriage ramps and special lines for the blind. And to keep cars and bikes off of sidewalks, we’ve placed some 10,000 obstacles in their way. For those that continue to disregard the right of pedestrians (2), we’ve our new 600 municipal police officers to convince them otherwise. Mr. Akritidis says the city is considering using the UK’s system for blocking wheels on vehicles that park on sidewalks. 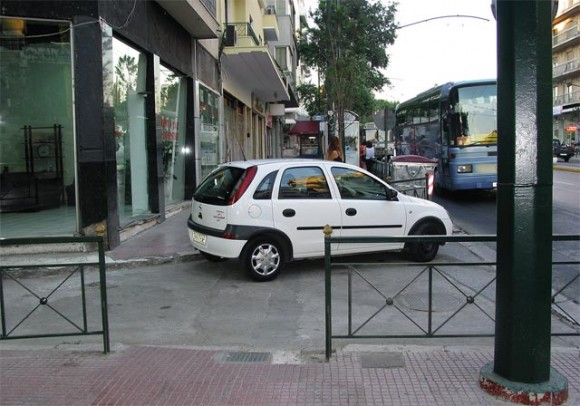 “For those that continue to disregard the right of pedestrians, we’ve our new 600 municipal police officers to convince them otherwise”, Mr Akritidis said.

The Ministry of Culture is also doing its part. All museums have or will soon have ramps, elevators and washroom facilities. As well, a new special lift allows anyone with a disability to visit the Acropolis in Athens. The lift will be of temporary use for the next two years until all work on Acropolis is completed.

It’s our fervent hope that government administrations, as well as local ones, will follow the City of Athens example and make this beautiful country of ours accessible to everyone. Our citizens and guests deserve it.