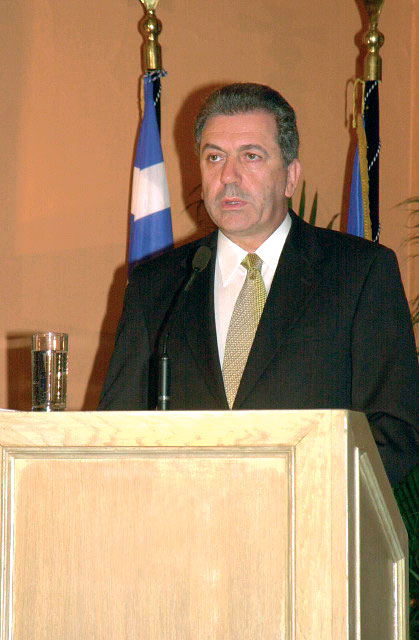 Tourism Minister Dimitris Avramopoulos, 51, a political science major from Athens Law School, began in the diplomatic corps in 1980 and from 1995 to 2002 was the mayor of Athens. He is married, has two sons and speaks English, French and Italian as well as his native Greek.

As promised, the new government has created a Greek tourism ministry. The newly appointed minister, Dimitris Avramopoulos, and his deputy, Anastassios Liaskos, for the moment are the “guests” of Development Minister Dimitris Sioufas until appropriate tourism ministry offices are found.

The ministry assumes a monumental task. The sector is in serious need of regeneration at a time of declining numbers, rising costs and the huge question mark of 2004 visitors.

The prevailing view in the industry is that because of erroneous policies Greece has lost all opportunities for tapping the Olympic Games global event to the benefit of its tourism sector. As a result, the number of arrivals has remained stagnant, while a recent survey revealed that a large segment of the public in several large European countries were not aware of the fact that Greece is hosting the Games this year.

Hoteliers said 2003 was one of the worst in the last 30 years; a stagnant number of arrivals was accompanied by a sizable decline in revenue, as package rates were sold at rock-bottom prices.

The Panhellenic Federation of Hoteliers in an interview stressed the need to set targets and priorities, along with a timetable for their implementation.

It believes that the new government must make commitments to the private sector in order for entrepreneurs to regain their optimism, and says it is encouraged by the fact that the new prime minister, Costas Karamanlis, made frequent references to tourism’s contribution to the economy while in opposition.

The Panhellenic Federation of Tourism Enterprises sent an open letter to Tourism Minister Dimitris Avramopoulos and urged him to exercise particular care in the selection of appointees in key positions of tourism administration.

“It is unacceptable that key positions, such as in Hellenic Tourism Organization offices abroad, are staffed by people without adequate knowledge, who sometimes do not even have adequate command of a foreign language,” said the letter. 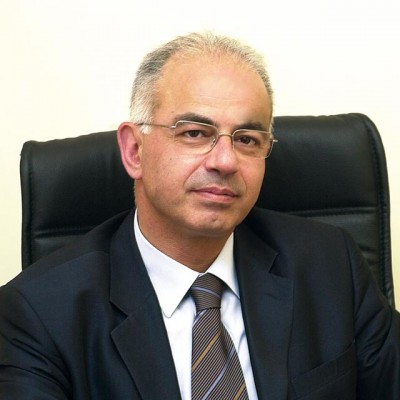 Deputy Tourism Minister Anastassios Liaskos, 47, is an economist with a degree from the Athens University of Economics and a politician since 1989. For the last several years he was the shadow minister for tourism. He is married, has a son and a daughter and speaks English as well as his native Greek.

The federation also considers it necessary that the tourism ministry cooperates effectively with other ministries.
The promotion of Greek tourism abroad is “tragicomic,” the organization charged, because of inadequate funds and misplaced advertising campaigns.

The Association of Greek Tourist Enterprises said in an announcement right after recent elections that the tourism sector needs bold moves that will allow it to be established as the driving force of the national economy. The new government must place tourism policy on a high priority and give the industry a clear, flexible and strong administrative scheme.

A scheme that would allow the effective coordination and implementation of this policy, which must have both qualitative and quantitative targets; such a policy must also take into account the significance of tourism for employment and regional development, strengthen private enterprise, protect the environment and project our culture.

In the meantime, one of the first acts of the Tourism Minister Dimitris Avramopoulos was to send a message to participants at the ITB Berlin tourism fair last month.

In it, he expressed regrets on not attending the fair but said he could not be present at the event due to pressing work in Athens following the creation of the new ministry.

The minister noted that the new Greek government proceeded in the establishment of the minister, which he said would “pave a unified policy on a long-term basis, in cooperation with the tourism leaders.”

He then reminded that the development of tourism is one of the top priorities of the New Democracy government.

He said he was prepared to exchange views in the near future during a planned meeting of travel professionals in Athens. “Our aim is the best possible cooperation in light of the Olympic Games, but also in the post-Olympic period,” he said.

With regards to tourism properties, Economy and Finance Minister Giorgos Alogoskoufis said that “if you define a field of activity and sell it through international tenders to investors, you can expect a great deal,” and he cited that the tourism sector as the most appropriate for the application of such a model.

Unused public land, properly demarcated and free of any environmental regulations or violations of forestry legislation, could be tendered for the construction, for instance, of golf courses or tourism complexes that would upgrade the industry and bring added revenue, he said.

And for the moment, the Hellenic Tourism Organization will most likely retain responsibilities for communication planning and promotion of Greek tourism in the reshuffling of the sector’s administrative services with the new government’s re-establishment of a tourism ministry, sources said.

The ministry is expected to assume extensive responsibilities and be business-oriented, eliminating a considerable amount of the existing red tape, while local government will be assigned a more active role in implementing tourism organization decisions.