Luxair Is Back With Daily Flights 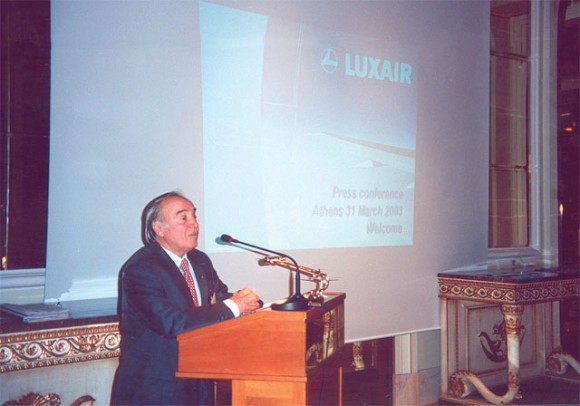 Luxair, Luxembourg’s flag carrier, resumed flights to Athens on March 30. The airline had suspended its flights to here some four years ago but now flies daily out of Athens to Luxembourg, with a stopover at Italy’s Milan Bergamo airport, using a 49-seat Embraer 145 Eurojet that boasts leather seating in both business and economy class.

“As others reduce their flights, it’s an opportunity for us to get new customers,” says Bob Wetzel, vice-president of Corporate Communications Luxair,. “At present, we have 17,000 passengers annually changing at Frankfurt or London for Athens, so we know there is a demand.”

Mr. Wetzel says there is a strong Greek community living in Luxembourg that includes some 2,500 civil servants and “Eurocrats” and their families. Luxair’s basic fare of 320 euros from Athens also applies to Thessaloniki. The airline has signed an agreement with Aegean Airlines to carry passengers to Athens.