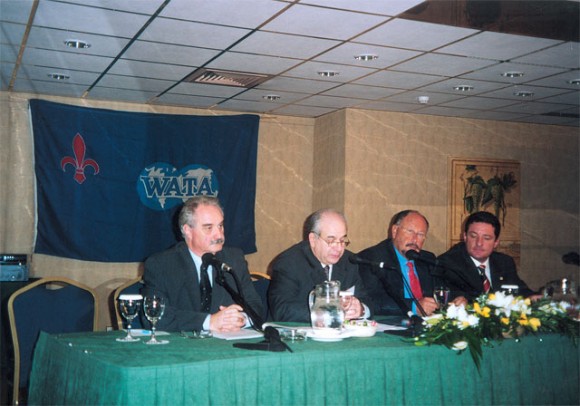 Delegates to the recent World Association of Travel Agents annual general assembly here in Athens (November 28 to December 1) felt privileged to be the first to hear how 2004 Games’ tickets will be distributed.

“Ticket distribution and hotel reservation program information is very important for us,” said Ghassan Saad, president of the World Association of Travel Agents. “This is the biggest and most important event for us in the foreseeable future.”

It was during the official opening of the association’s assembly that special guest speaker, Vassilis Niadas, Games Support general manager, explained to delegates how the distribution of tickets and available lodging would occur.

As well, he clarified that tickets for European Union agents (Greek domestic market) would be available through the month of May 2003, and then tickets would be available to the rest of the world. He reminded that each of the 199 countries that have an International Olympic Committee appoints a national officially appointed travel agency.

In all, 5,300,000 tickets will be distributed -1.5 million go to dedicated Olympic Committee participants- but not a single ticket is discounted and there are no invitations to events.

Concerning accommodation, Mr. Niadas said most hotels in the Athens area are already blocked so most visitors will stay at rented rooms, apartments and homes. Prices, he said, will range from 200 to 400 euros for 90% of all accommodation. 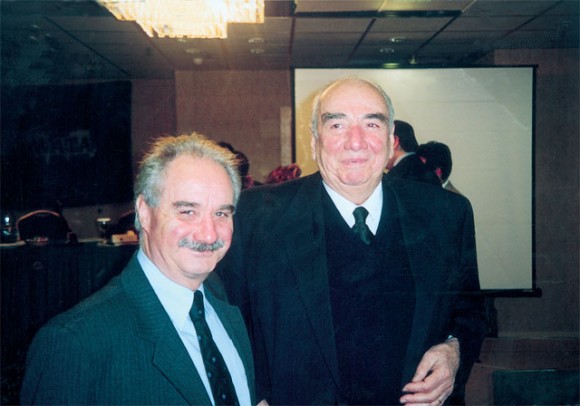 Mr. Saad said his association began working on Internet plans well over five years ago but due to a problem with the company hired to create a program it wasn’t until last July that WATA launched its own site (http://www.wata.net).

“We have our technical people here to explain and present our site to both delegates and Greek travel agents,” he said. “Our first step is to concentrate on BtoB (business to business), which is our main task, and we want to be one of the first organizations to do so successfully. Once we have this up and running to our satisfaction we’ll jump to BtoC (business to consumer).”

Independent travel agencies established the World Association of Travel Agencies in 1949. Its basic aim to work with fellow members in other cities and countries. The association allows only one member per city of less than three million people. In Greece, the association’s member is Diners World Travel. The association does, however, have a cooperation with the associations American Sightseeing International and Mediterranean Operators Association.