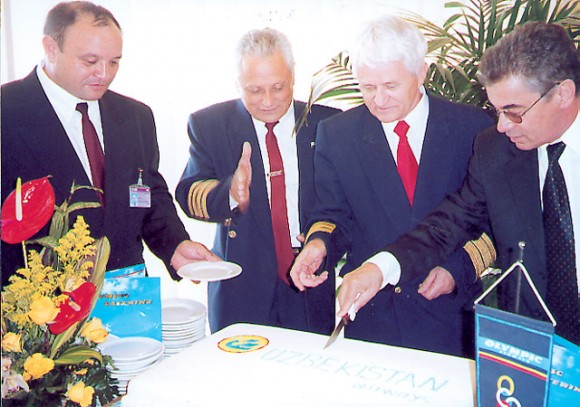 Uzbekistan Airways called on Greece’s travel professionals last month to help it celebrate the introduction of  its new Athens-Rome-Tashkent flight. The new scheduled flight, with a new Boeing  757, arrived at the Athens airport on April 6 with all seats full. Rafik Ilyasov, Uzbekistan Airways’ general manager for Greece, says he will do his best to keep the flights full.

“This twice-weekly flight, every Monday and Thursday,” says Mr. Ilyasov, ” has special significance as it has very good connections for destinations such as Dhaka, Delhi, Bangkok, Seoul, and Beijing. We actually link Europe with Central Asia.”

Greeks so far have displayed a strong interest in flights to Uzbekistan. Partly because of promotion work being handled by the local Uzbekistan Airways’ office and partly because of package programs being sold by Greece’s major tour operators, such as Manos, Goldair, Ginis, Interinvest Travel and Travel Plan.

Last year, the first full year for the office here in Greece, the airline had a above average load factor and an even percentage of cargo carried. Mr. Ilyasov says there’s a continual  increase in requests.

“I think Greeks like Uzbekistan because we have so many things in common,” says Mr. Ilyasov. “like our short winters and 300 days of sunshine, and our countryside where every area is different from the other, but most of all because we like to interact with others, especially in deep conversation as we enjoy a good meal at our traditional tea houses (similar to a Greek taverna).” 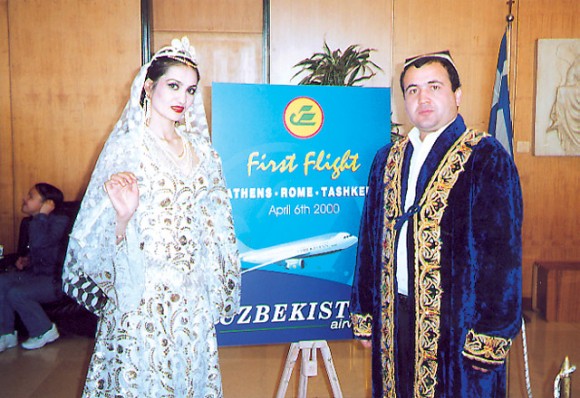 During the inauguration and breakfast meet at Athens airport, some local travel agents had a chance to browse through some of the country’s brochures. They found that Uzbekistan is not only a country with exotic history, but also a country with a strong alternate tourism package sector. Its varied and unusual landscapes allow for trekking, rafting and kayaking, cave exploration (it has one of the world’s five deepest caves), hunting, horseback riding trails, fishing, rock climbing, biking tours, desert safaris, mountaineering and alpine skiing.

Mr. Ilyasov, however, reminds that his airline does much more than handle traffic and packages to Uzbekistan. “With a one and one-half day stopover, we can supply packages to places like Bangkok, the Far East and India, all of which are very popular with Greek tour operators.”

He adds that the airline is more than serious in its bare-bone pricing policy, which is an effort to promote travel to the pristine tourism destination. The airway began its promotion efforts in mid December of 1998 with familiarization tours. The airline flies modern, new Boeing, Airbus and TU5 jets on its international routes.

Galant Represents All Nippon In Greece