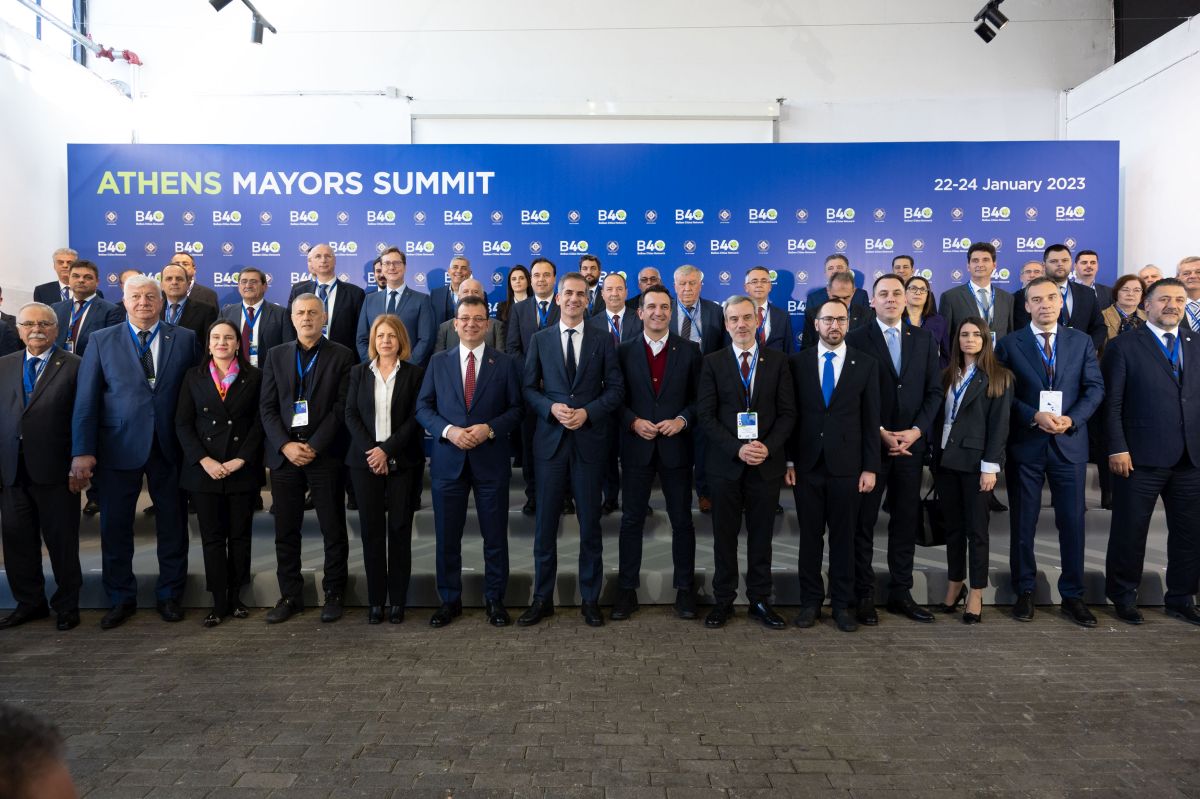 Athens Mayor Kostas Bakoyannis welcomed this week 69 mayors of Balkan cities as well of dozens of Greek counterparts for the B40 Balkan Cities Network event aimed at promoting solidarity and joint solutions to address urban challenges.

This year, the Municipality of Athens takes over the presidency of the B40 Balkan Cities Network, previously held by Istanbul and its mayor Ekrem Imamoglu.

The B40 Balkan Cities Network was founded in November 2021 in Istanbul with the aim of strengthening peace and democracy in the Balkan region. Athens will be at the helm of the presidency for one year, promoting the cooperation of the participating cities in the fields of economy, innovation, sustainable development and culture. 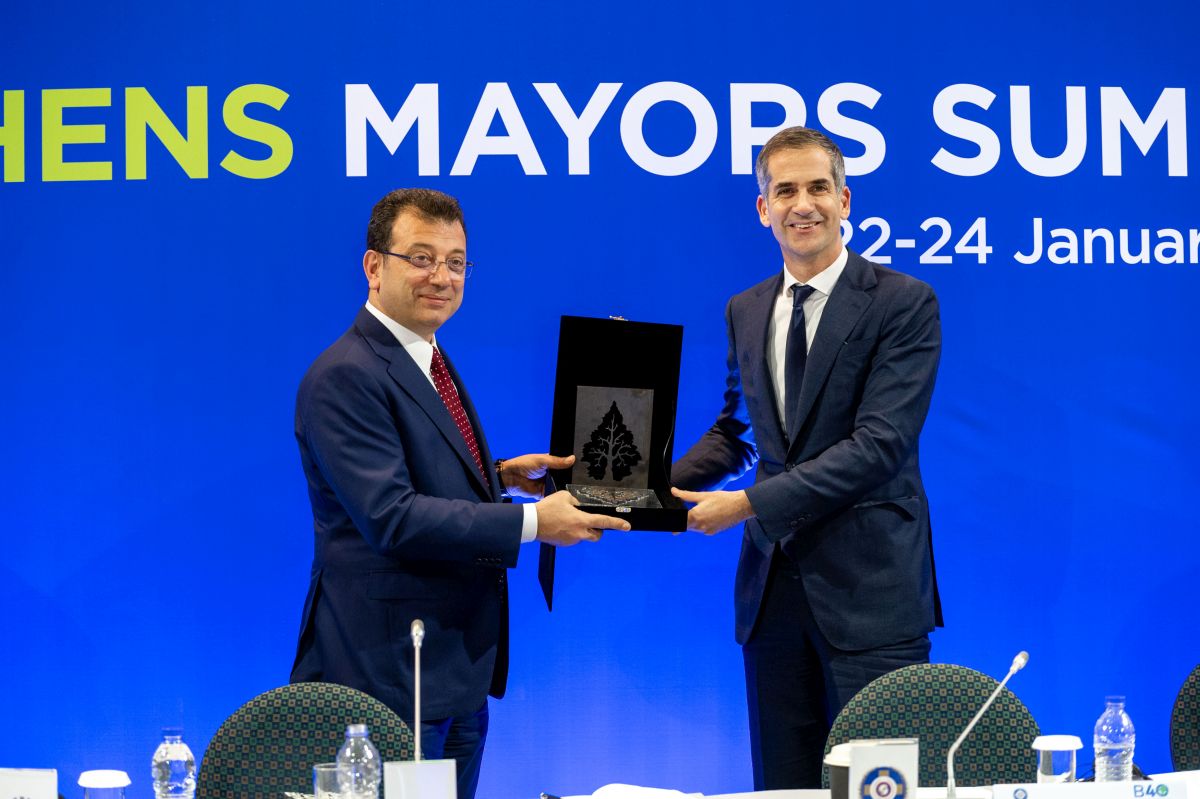 Istanbul Mayor Ekrem Imamoglu and Athens Mayor Kostas Bakoyannis during the B40 Balkan Cities Network that kicked off on Monday. Photo source: Municipality of Athens.

“I am handing over the presidency of the B40 Network to my friend Kostas with great joy and relief,” Istabul’s Mayor Imamoglou said during the handover ceremony that took place on Monday during the mayors summit at the Athens Technopolis culture center.

He then referred to the importance of the strong cooperation bridge that Athens and Istanbul have secured in recent years and to the common struggle for the consolidation of democracy in the Balkans.

“Only if we stay together, in solidarity, can we protect democratic achievements. Because today the struggle for democracy is not national, but international. Because democracy was born in cities like Athens, and it is these same cities in which the battle for democracy is fought today,” he added.

The B40 Balkan Cities Network event launched in Athens on Sunday at the Acropolis Museum. 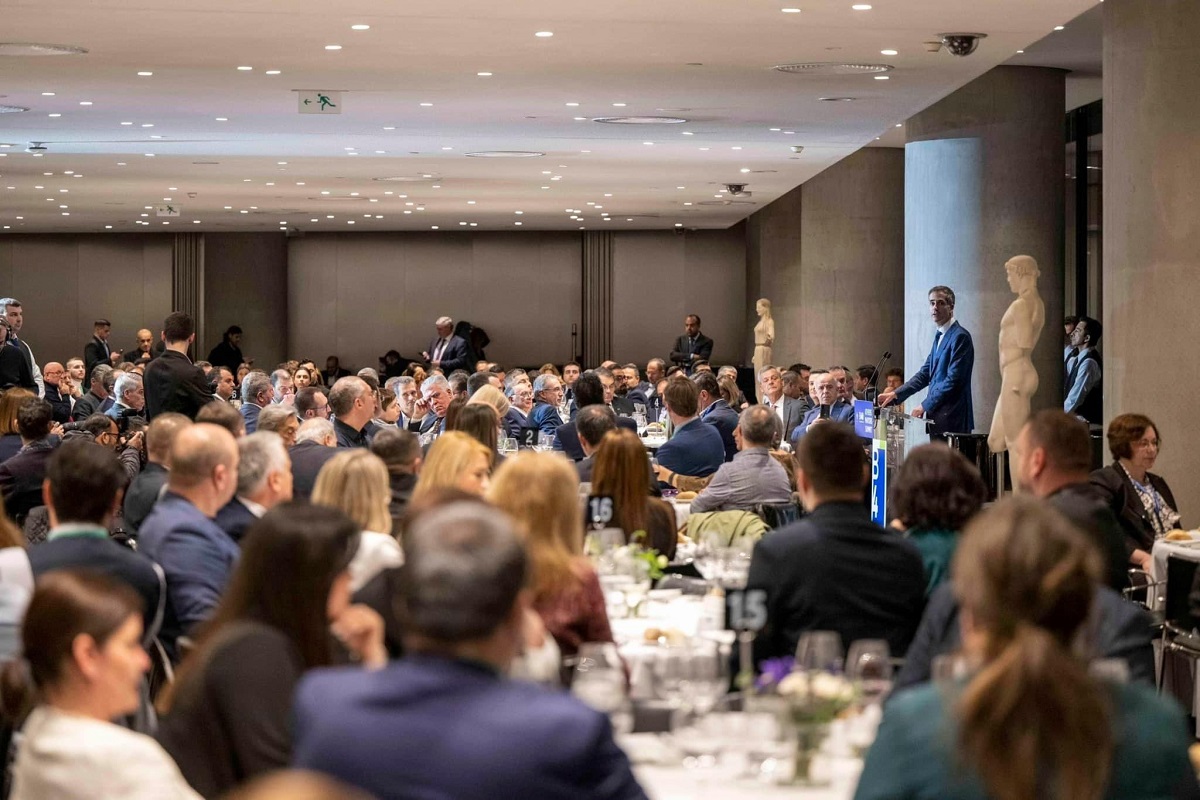 “We’re sending out a clear and dynamic answer to those who see division and fragmentation in the Balkans. We are fostering solidarity for a common path towards peace and prosperity,” said Bakoyannis during his opening speech. 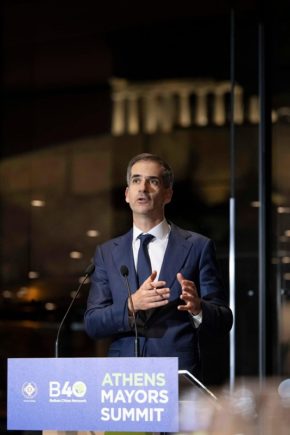 The location of the event at the Acropolis Museum overlooking the Parthenon was selected to send out a loud message: “The reunification of the Parthenon Sculptures is a major global issue which reflects how we perceive Western Civilization, how we approach history, how we share common values and promote cooperation. It is the quintessence of what constitutes a city, which is why it concerns us all,” said the mayor of Athens.

Bakoyannis went on to underline the importance of the B40 initiative, “particularly during this period full of challenges”, adding that it aims to contribute to stability, sustainable development and peace. 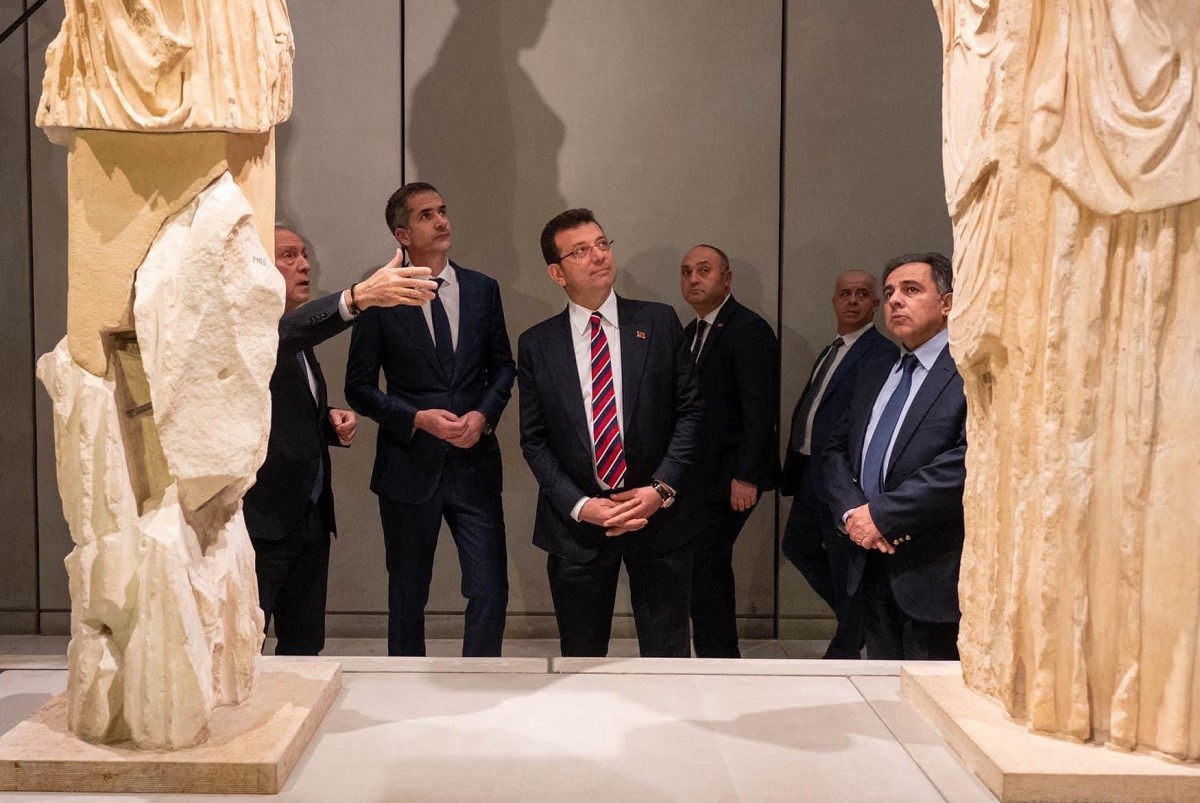 Bakoyannis added that the B40 Network “is growing in both participation and importance as it connects the development of cities with the well-being of our citizens. Founded on our common past, it paves the way for our sustainable, common future.”

The B40 Balkan Cities Network event, which will focus on environmentally-friendly construction technologies, will continue into Tuesday at the Athens Technopolis.