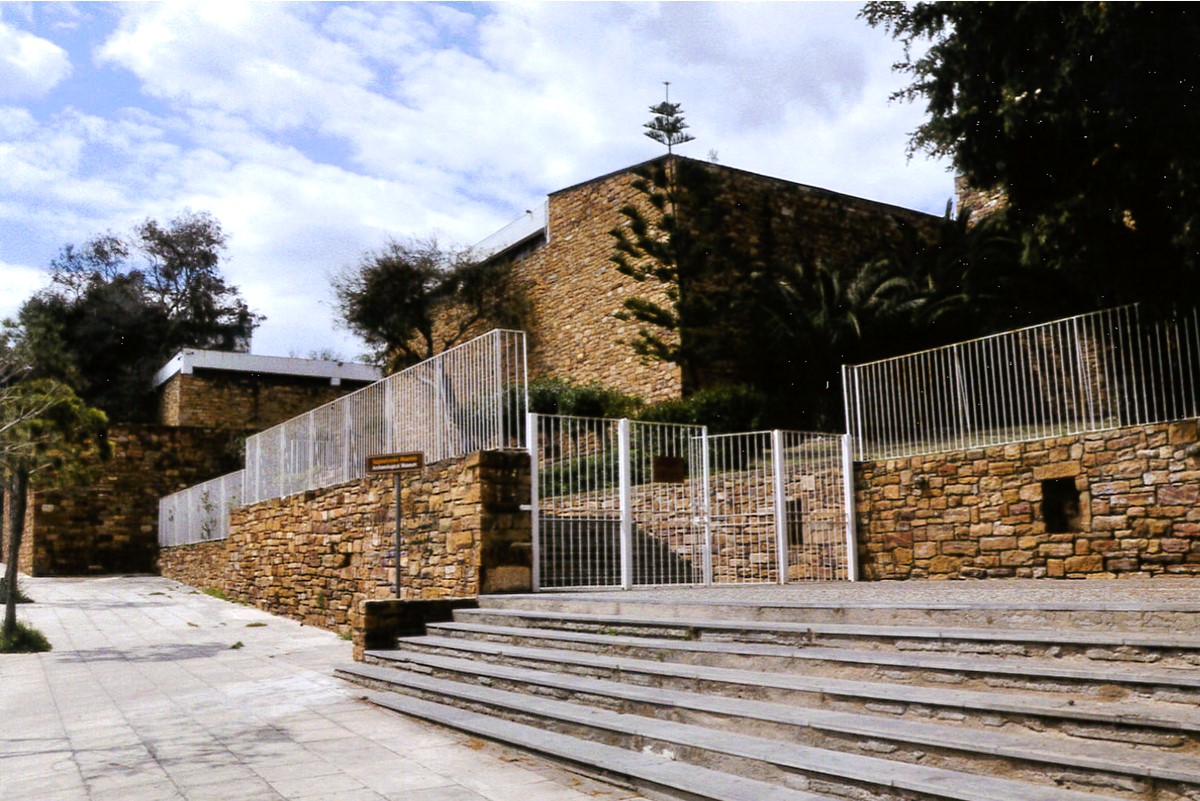 The archaeological museum of Chios, whose award-winning design stands as a characteristic example of 1960s architecture, will soon see renovation works that will include a state-of-the-art expansion.

According to an announcement by the Greek Culture Ministry, the planned expansion and upgrade works will include the addition of new exhibition and storage spaces, a multi-purpose hall, technical support areas and interventions transforming the museum in a safe, energy efficient and fully accessible cultural center that will house Chios’ rich collection of artefacts dating back to the Neolithic era.

“The Chios museum, affected by the passage of time and environmental conditions, shows clear signs of deterioration after 60 years of operation,” said Culture Minister Lina Mendoni, adding that its new modern look will run under the most up to date international museum standards.

The museum’s architectural study, which was approved by the ministry’s Council of Museums in June 2021, will follow the design of the current seven building complex, and double the space of the exhibition and reception area, the storage room, the shop and the maintenance workshop rooms. 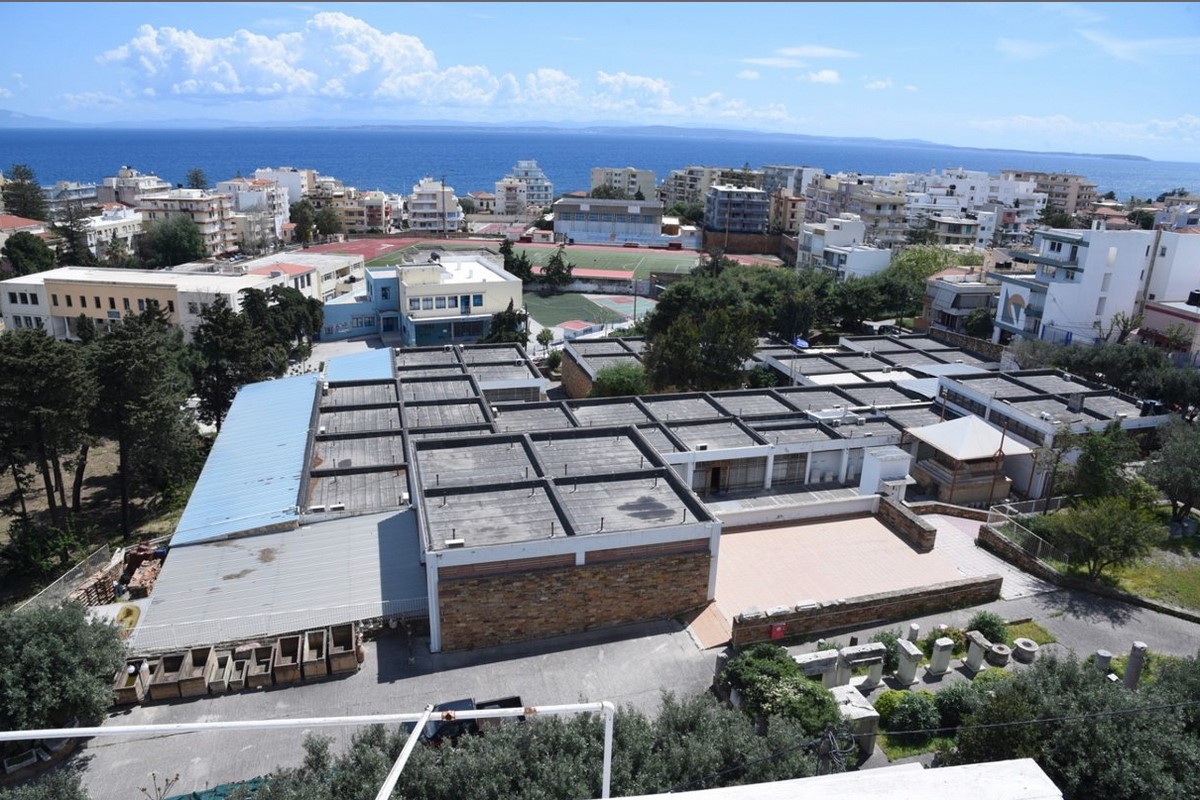 An overview of the museum’s building complex. Photo source: Ministry of Culture.

Furthermore, the new multi-purpose hall will run independently outside the museum’s opening hours while the new mechanical installation room will support the energy efficiency of the existing buildings as well as those planned to be added.

As far as the museum’s accessibility is concerned, the construction of an underground tunnel leading to its ticket and reception area, the creation of inclined paths and the addition of an elevator offering access to all spaces, are also planned.

The history of the Chios Archaeological Museum

The current building of the archaeological museum of Chios is the work of architects Suzana Antonakakis, Dimitris Antonakakis and Eleni Desyllas, whose design won the first prize in a Panhellenic Architectural Competition in 1965. 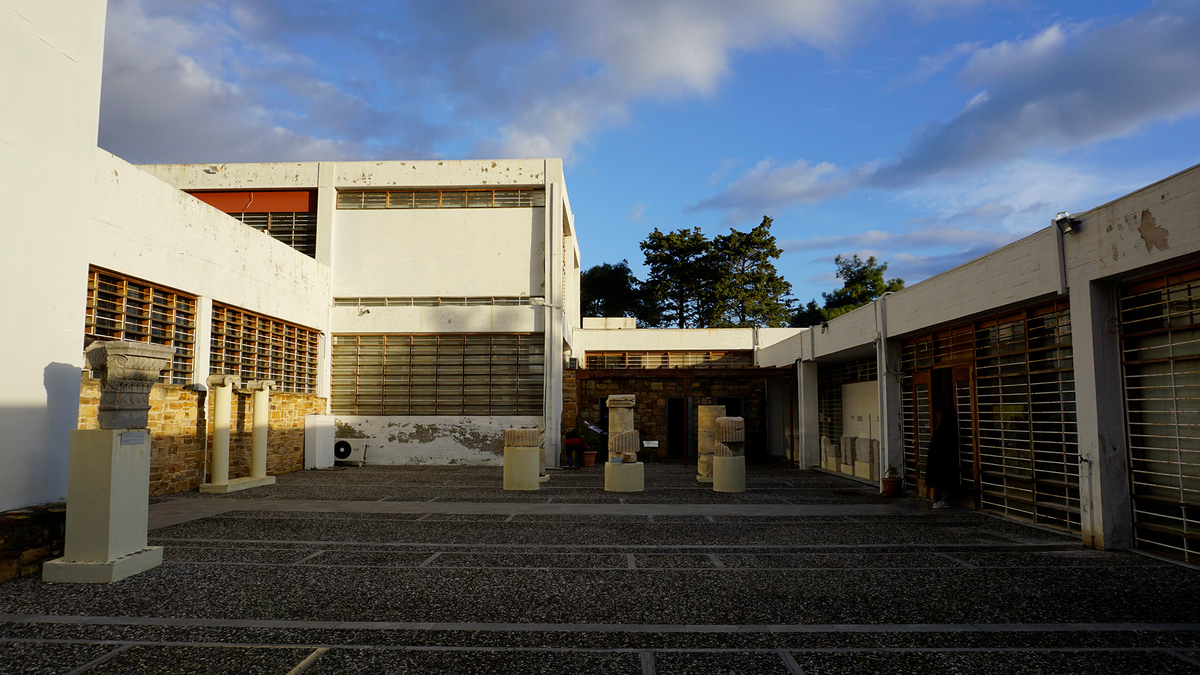 One of the museum’s open spaces. Photo source: Ministry of Culture.

The main characteristics of the museum at the time of its construction were its adaptation to the area’s physical terrain and natural surroundings, the creation of independent entrances offering access to the periodic exhibitions and maintenance spaces through specially designed gardens, and the unique relationship between indoor and outdoor spaces.

Over time, various interventions, such as covering its gardens with temporary canopies, sealing windows and converting the multi-purpose area in a storage room, altered the building’s character and original design.

Last August, the Municipality of Chios agreed to offer a nearby area of 2.1 acres to assist the museum’s expansion under a new design by Dimitris Antonakakis.

With a budget of almost 17 million euros and funded by the Recovery and Resilience Fund (RRF), the new look of the museum is scheduled to be revealed by the end of 2025.