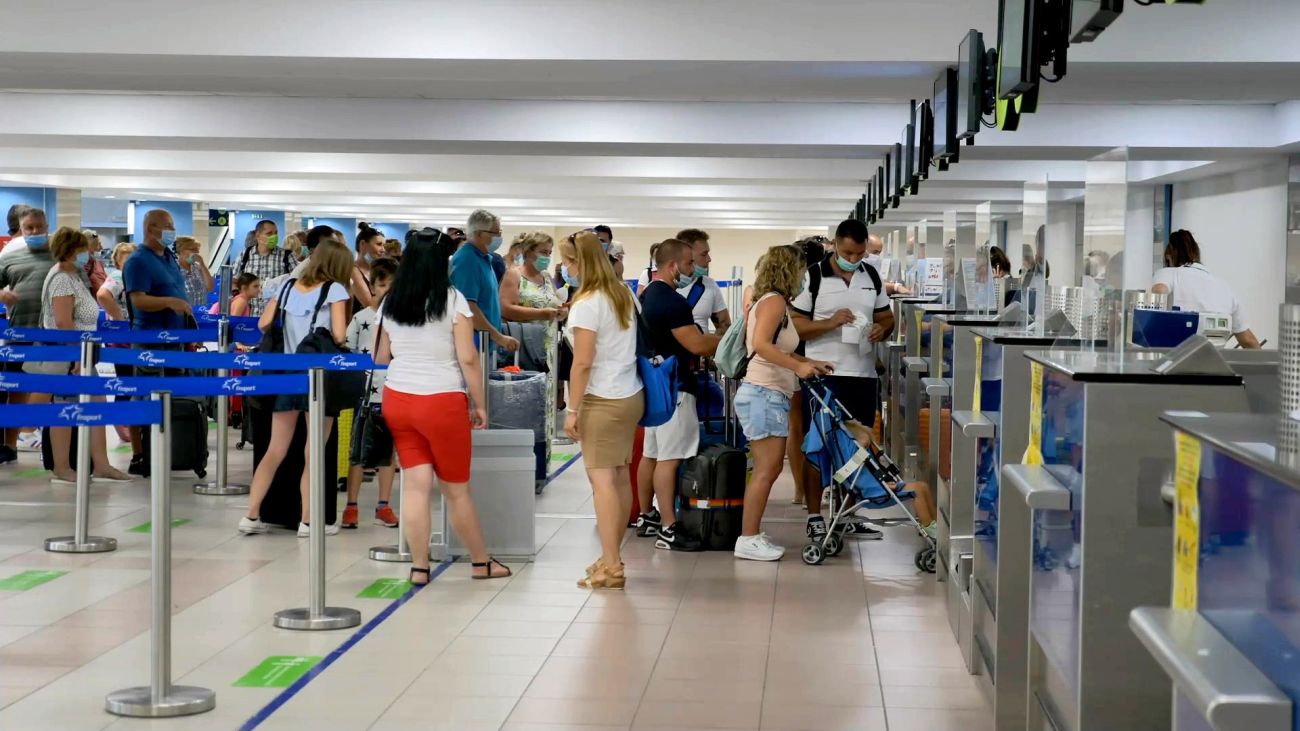 Greece’s 14 regional airports, some on popular destinations such as Mykonos, Santorini, and Corfu, contributed to the positive performance of Fraport Group with combined 2022 traffic figures in Greece exceeding 2019 levels for the first time since the pandemic.

More specifically, the country’s 14 regional airports managed by Fraport Greece handled some 31.2 million passengers in 2022, marking a 79.0 percent increase compared to 2021 and up by 3.5 percent over pre-Covid 2019. 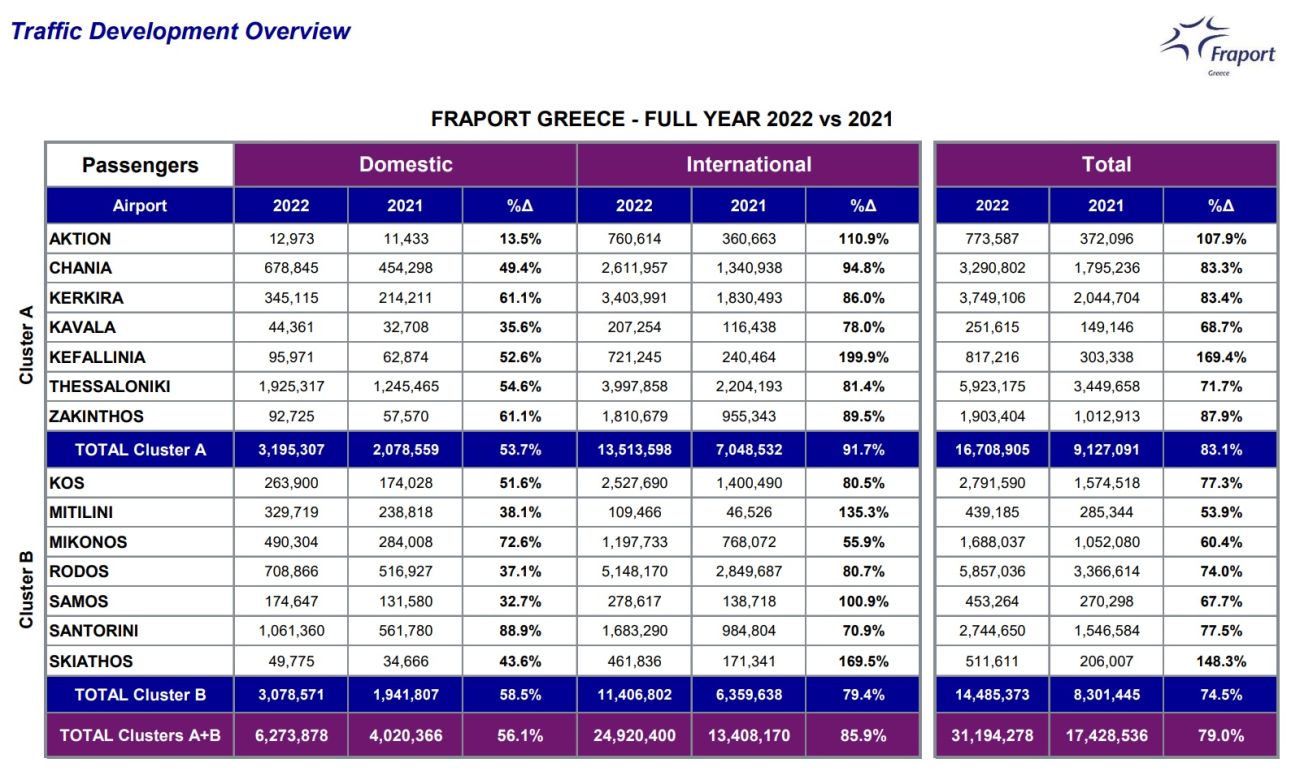 In December 2022, Greek airports registered a total of 669,103 passengers up by 28.8 percent over the same month a year earlier.

“Our worldwide group airports focusing on tourism traffic showed a highly encouraging performance in 2022. The airports in Greece even exceeded pre-crisis levels for the first time since the outbreak of the pandemic,” said Fraport AG CEO Stefan Schulte. 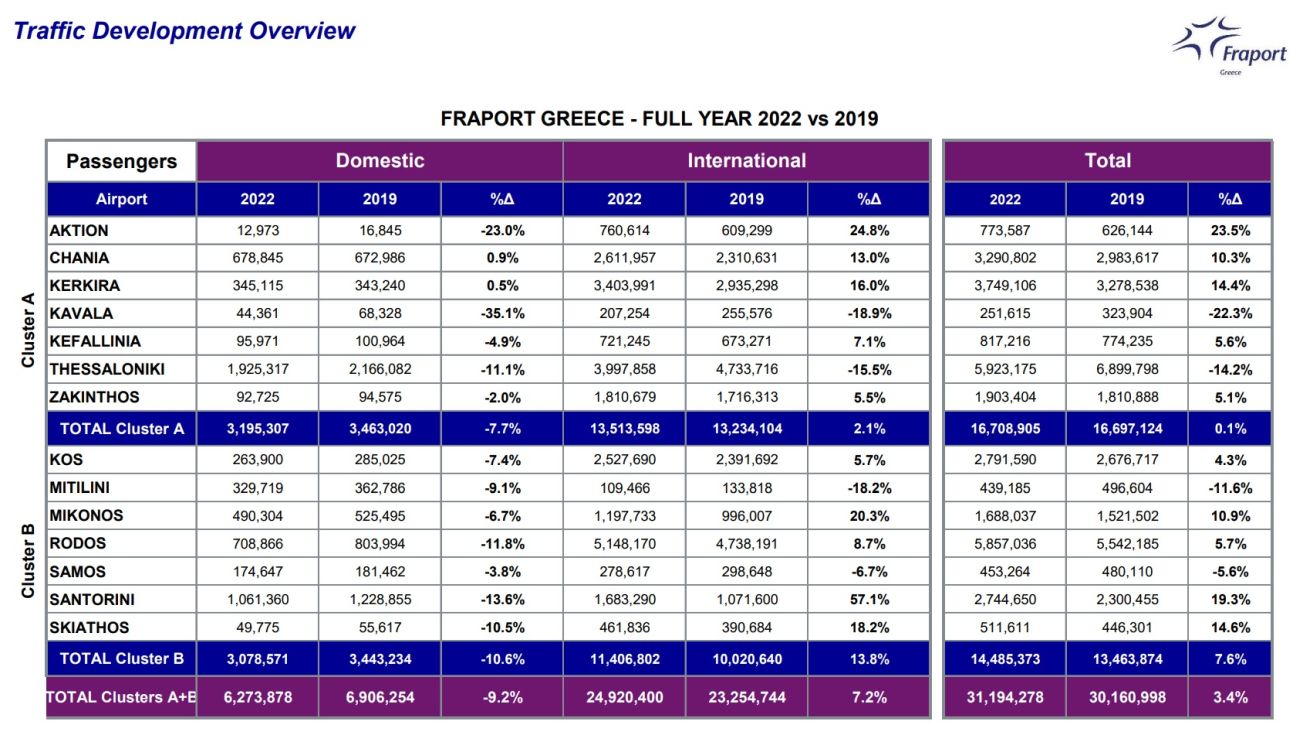 According to Fraport Greece data released this week, Aktion airport reported the largest percentage increase by 23.5 percent over 2019 and Thessaloniki airport handled the largest number of passengers at 5.9 million. The airports of Rhodes, Chania, Corfu, Mykonos, Santorini and Skiathos also marked significant traffic increases. The airports of Kefalonia, Kos and Zakynthos saw a modest rise in passengers. 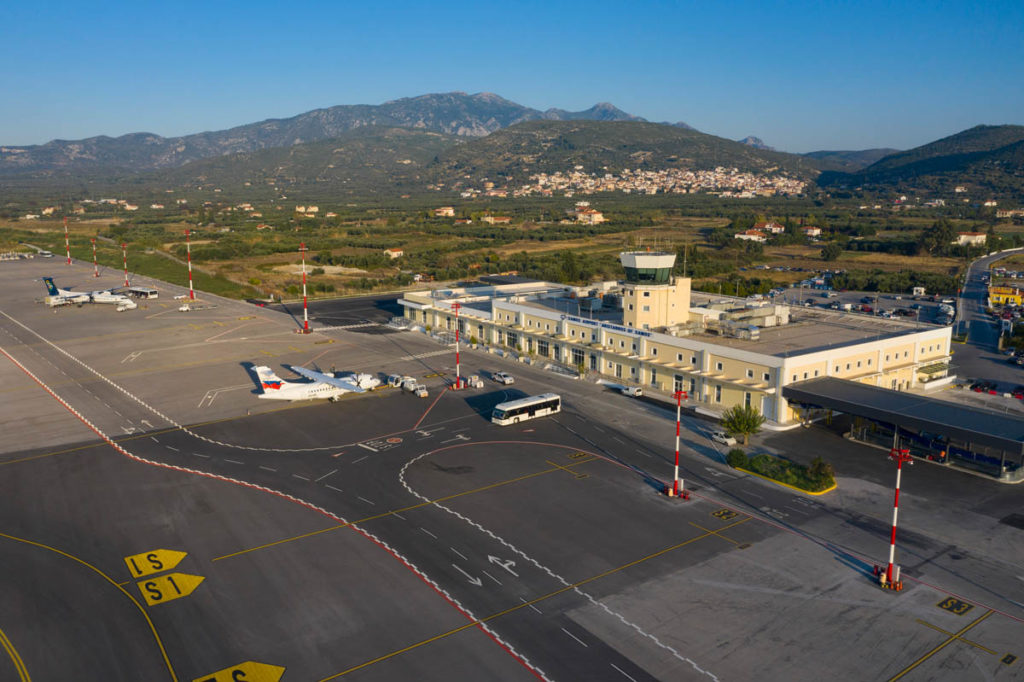 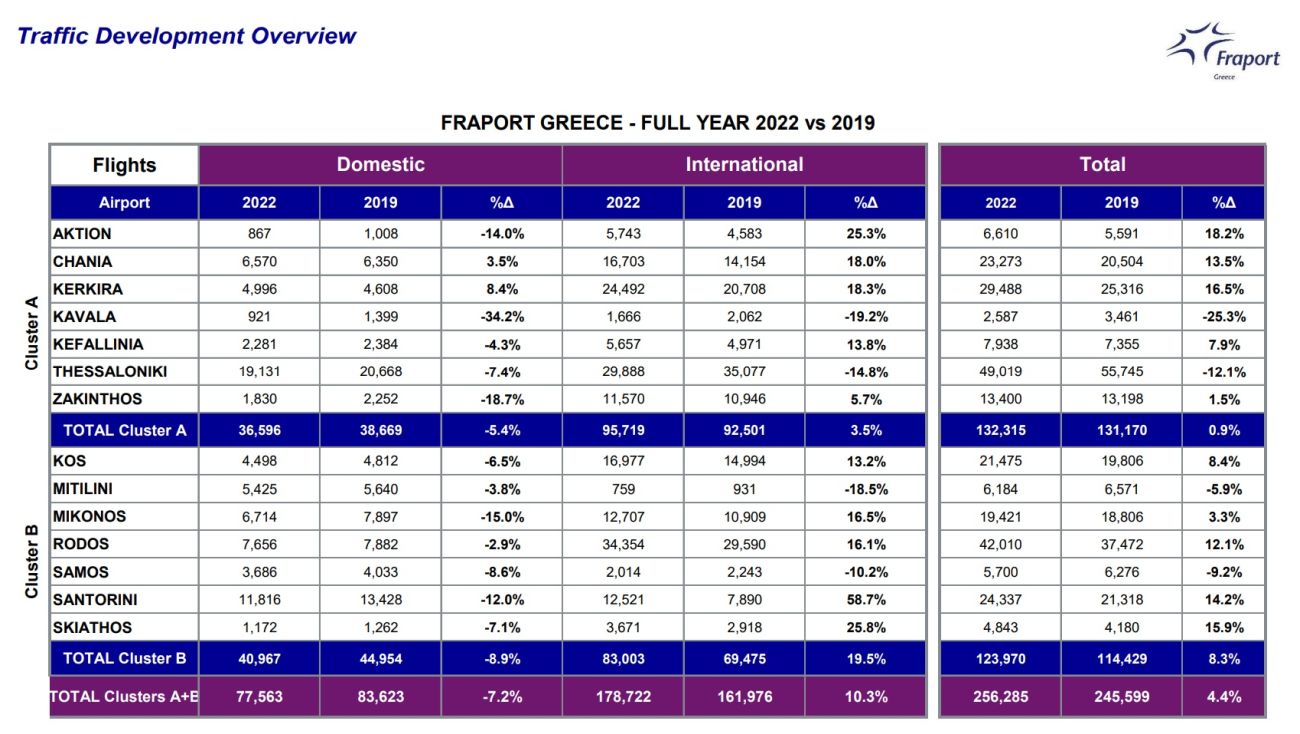 “Looking ahead, we are confident to see further growth in 2023. People are eager to travel and we are working full speed to ensure that passengers have the best possible airport experience,” said Schulte, adding however that the situation “remained challenging”.

According to Fraport Group, all airports the company manages around the globe reported strong growth during 2022.

Meanwhile, the group’s main hub, Frankfurt Airport, handled approximately 48.9 million passengers in 2022, nearly doubling the figure for 2021 and resulting in an increase of 97.2 percent. In 2022, aircraft movements increased by 45.9 percent year-on-year to 382,211 takeoffs and landings but still down by 25.6 percent over 2019. 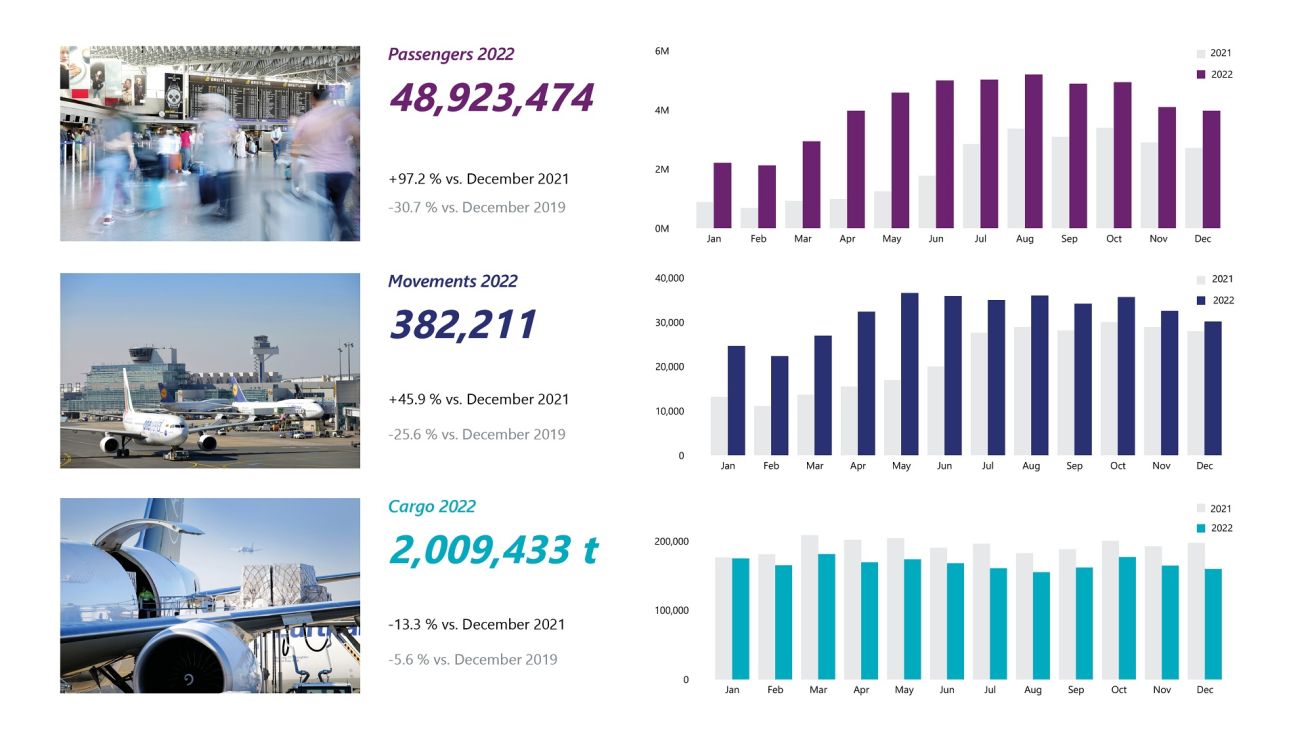 Austrians Have Eyes Set on Greece for Summer 2023