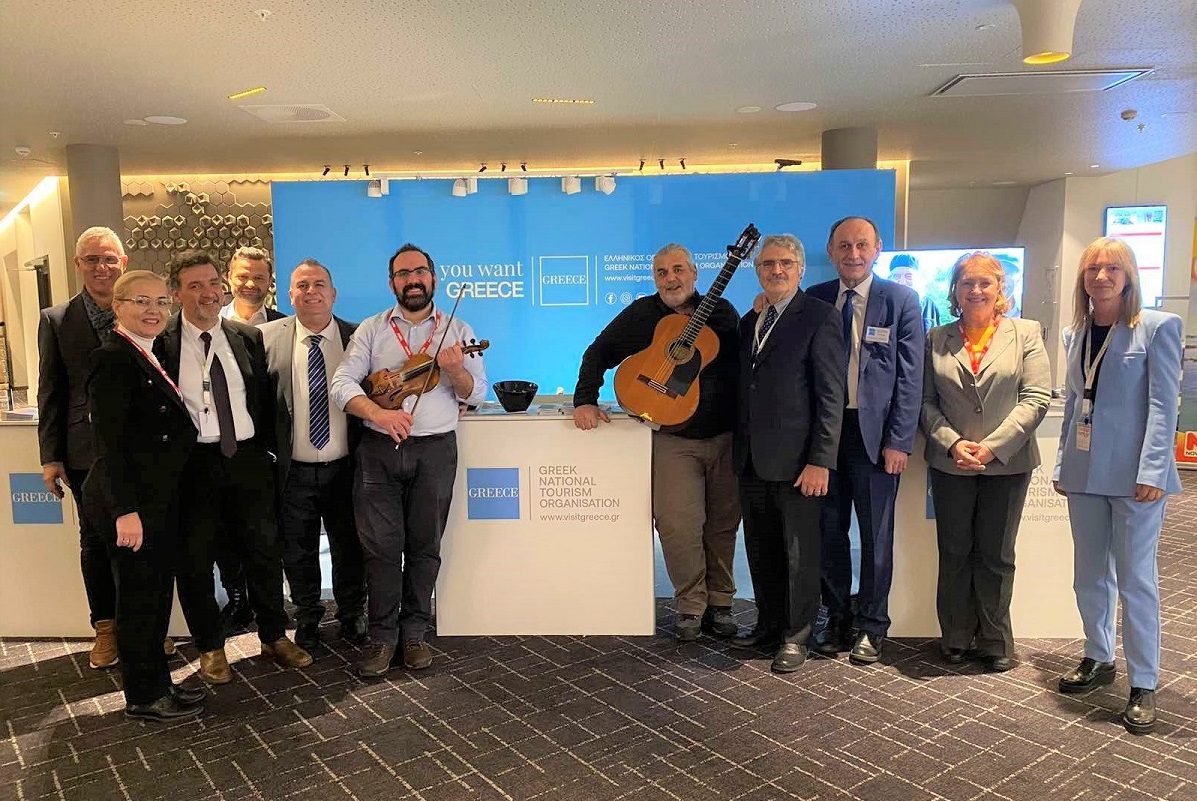 Greece was the honored country at the international tourism exhibition Reiselivsmessen 2023 held recently in Oslo, Norway. This year’s edition of the Reiselivsmessen expo was the first held following the Covid-19 pandemic.

Held at the Clarion Hotel the Hub in the center of the Norwegian capital, the 2023 exhibition saw the participation of 140 exhibitors from around the world and welcomed more than 13,300 visitors, according to the organizers.

The Greek National Tourism Organization (GNTO) represented Greece at the expo in a specially designed stand that hosted the Regions of Crete and Central Macedonia, the regional units of Chania and Halkidiki and hotel representatives from the islands of Kos and Rhodes.

During the expo, the Greek stand held special events and also saw many B2B meetings take place with travel agencies, tourism organizations and journalists interested in the Greek market. 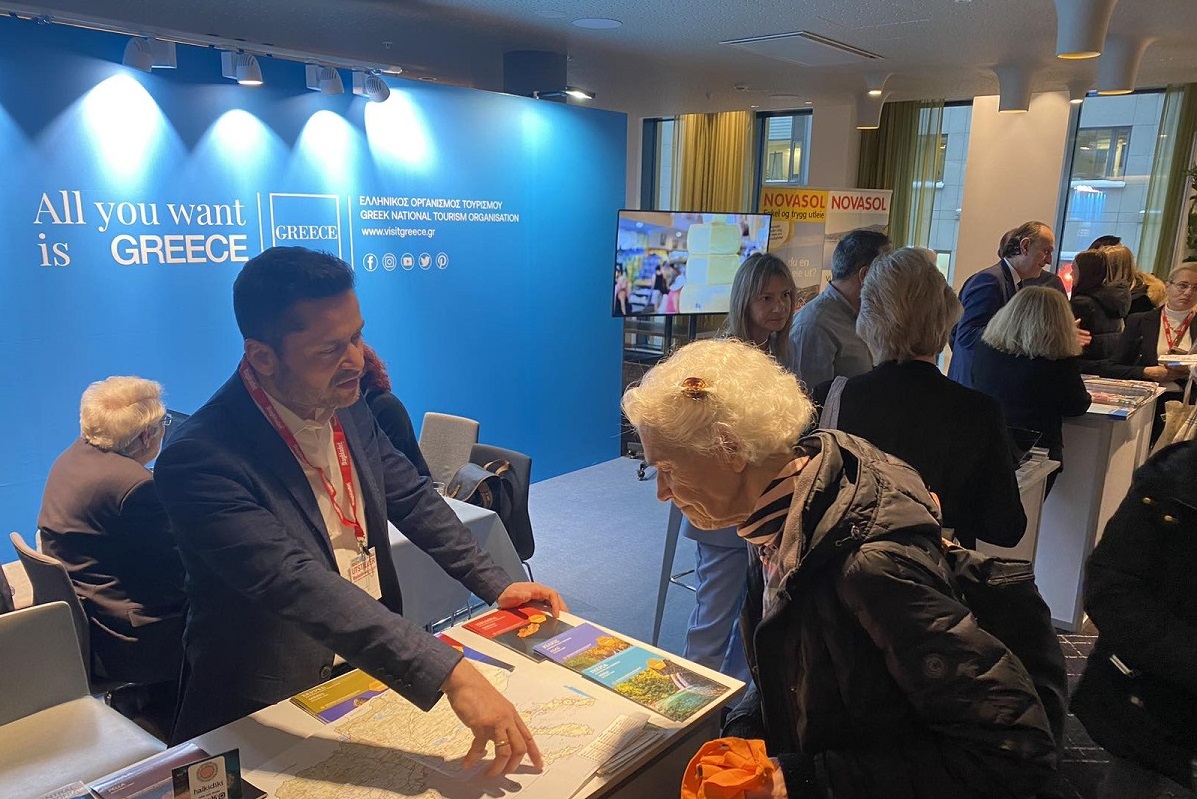 One of the highlights at the Greek stand was a B2B event with live Greek music hosted by Reiselivsmessen CEO Kristin Nydahl Øhrn and the Head of GNTO’s Scandinavian branch Pavlos Mourmas. The event, which attracted some 200 professionals, was also attended by the Ambassador of Greece to Norway Anna Korka. 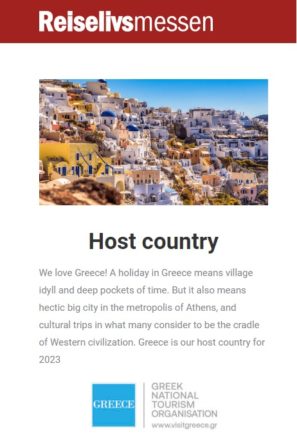 Furthermore, Mourmas and Maria Zevgoula, the deputy head of the GNTO’s Scandinavian branch’, held meetings with local travel agencies such as Mixx Travel that offers travel packages to Crete and  Rhodes and Oliven Reiser, whose representatives were interested in creating alternative tourism programs in Greece focused on cycling and hiking.

According to the GNTO, visitors to the Greek stand showed a particular interest in Greece’s inland and lesser-known destinations that combine natural surroundings with easy sea access, while there was also great interest expressed in traveling to Greek destinations that are accessible by train.

The GNTO says estimates for 2023 are positive as arrivals from the Norwegian market are expected to rise due to the announced direct flights of low-cost airline Flyr Airlines to Athens and Thessaloniki, and the prospect of linking Norway to more Greek destinations in the future.

Expedia: 96% of US Travelers in Need of a ‘Nothing-cation’