The Neratzia Castle on Kos. Photo source: Ministry of Culture.

The Greek culture ministry announced this week that it would be moving ahead with the restoration of earthquake-hit monuments on the island of Kos.

After an inspection of the sites in 2020, Culture Minister Lina Mendoni announced that 7.6 million euros – to be covered by RRH funds – will go into the restoration of all the island’s sites and monuments which were damaged during the July 2017 earthquake.

Works on most of the sites are currently underway and the ministry has set a deadline for completion by 2025. 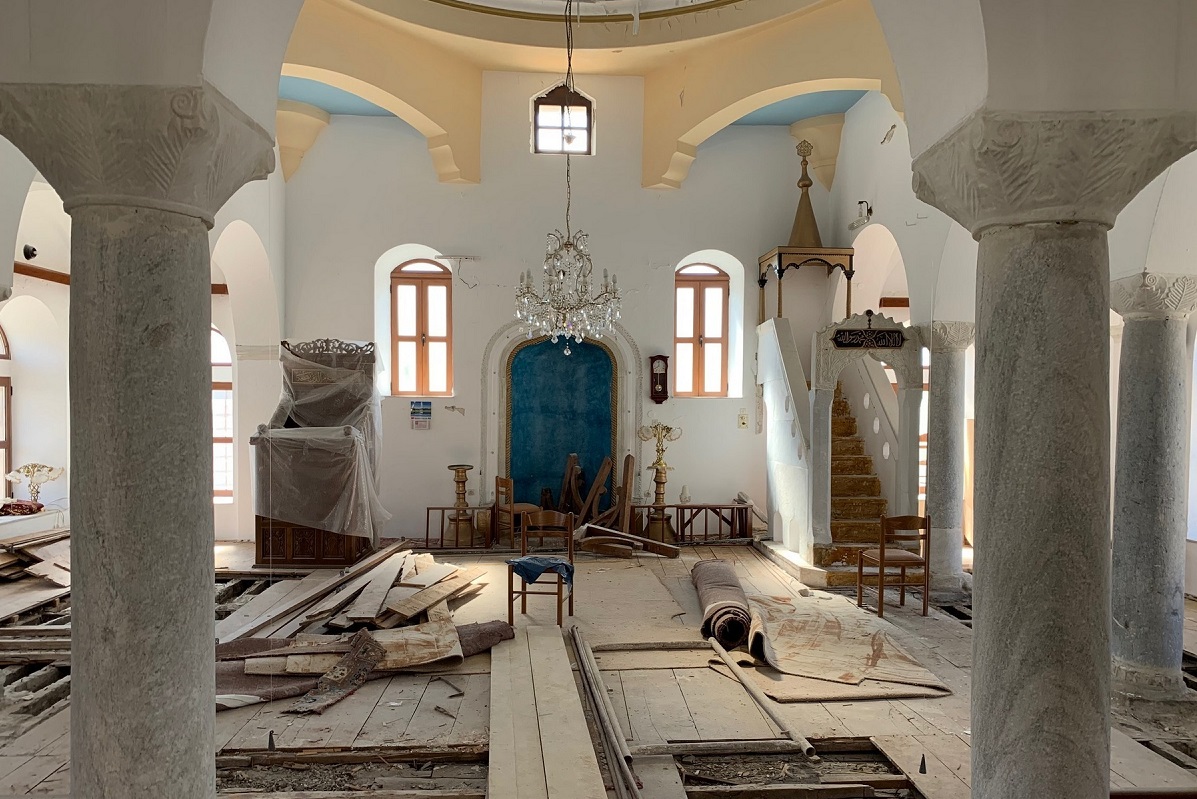 The Defterdar Mosque on Kos after the earthquake. Photo source: Ministry of Culture.

“Keeping our commitments, we are proceeding with secured funding and specific schedules for the restoration of the monuments of Kos damaged by the earthquake,” said Mendoni, adding that the previous government had failed to take any action.

She went on to add that relevant studies had been completed, procedures had been accelerated, funding secured, “so that the monuments can be handed over to the residents and visitors of the island”.