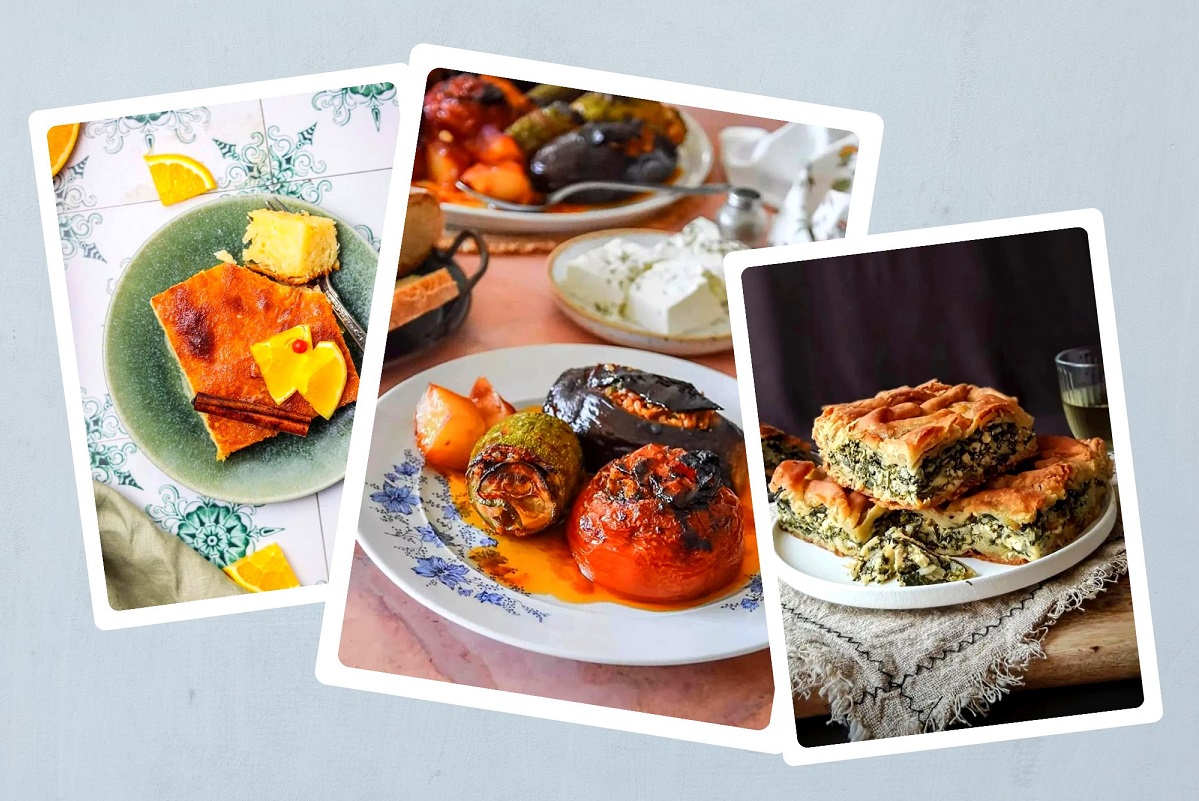 Greek cuisine was voted as the World’s 2nd Best Cuisine for 2022, according to a list published by TasteAtlas.

TasteAtlas, which hands out its awards annually in categories such as “Best Traditional Dish” and “Best Cuisine” among others, is an experiential online travel guide for traditional food around the globe.

Throughout the year, people rate more than 15,000 foods and drinks from around the world that are part of the site’s database, which in turn is created by reviews and recommendations from gastronomy professionals and critics. 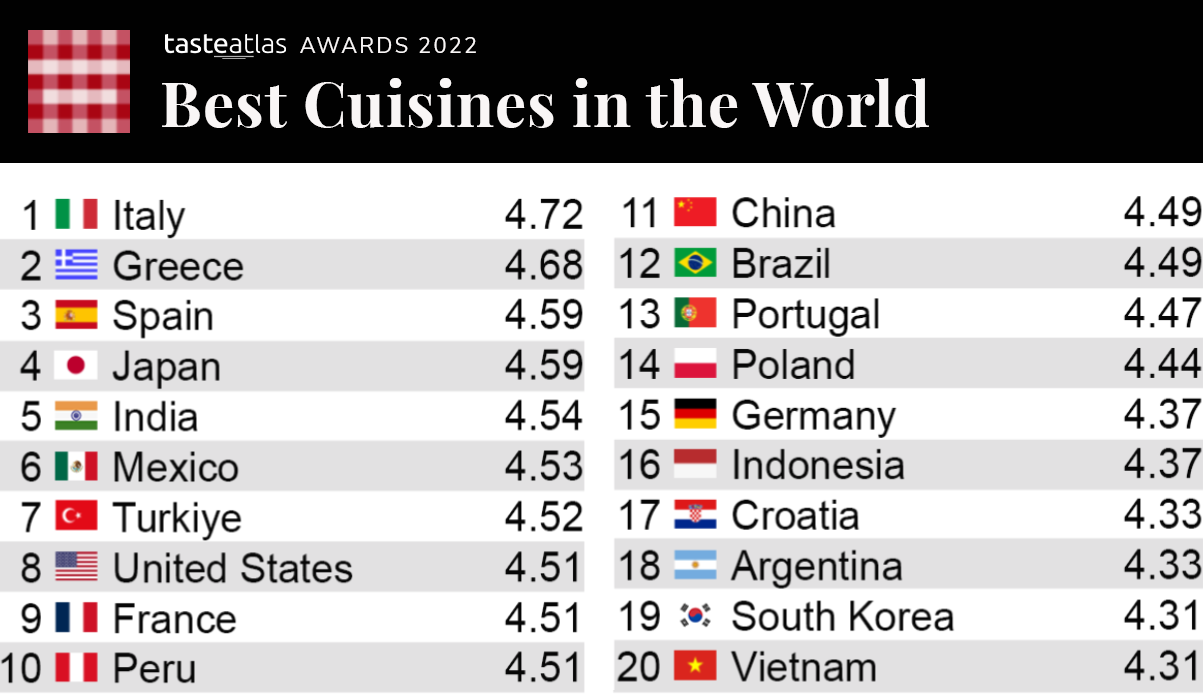 To finalize the results and hand out its awards, TasteAtlas excludes nationalist votes cast by people from one country who give high marks to their dishes and low marks to their neighbors cuisine. 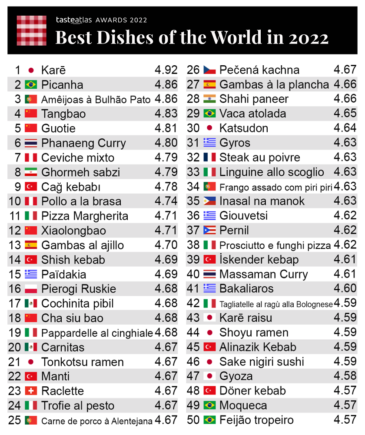 Boasting a score of 4.68/5, Greek cuisine won the silver medal in TasteAtlas’ World’s Best Cuisines in 2022 list with bougatsa, the popular Greek breakfast pastry, dakos, a Cretan salad meze, and saganaki, a fried cheese appetizer, voted as some of the country’s best dishes.

Furthermore, Kalamata’s olive oil, pistachios from the island of Aegina and peaches form the city of Naoussa, Northern Greece were among Greece’s highest – rated food products.

Gyros, a street food dish made out of pieces of pork and chicken, or lamb and veal cooked on a vertical pit, remains the country’s most popular dish.

The World’s Best Cuisine award for 2022 went to Italy with a score of 4.72/5 with Spain, Japan and India rounding up the top 5.

Greece also got four mentions in the Best Dishes of the World in 2022 list, with Japan’s karē finishing first.