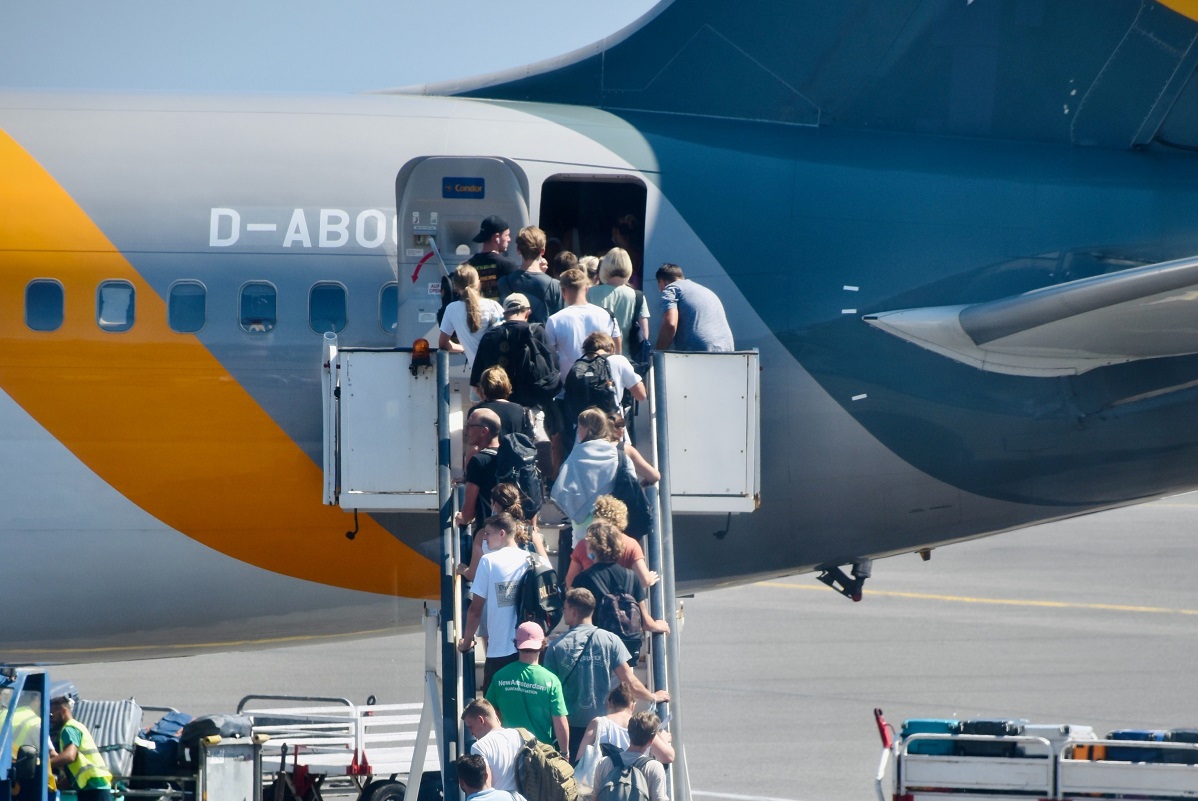 Tourists boarding an airplane at the Heraklion International Airport.

More specifically, for the 11-month period this year, Greece welcomed 20.8 million visitors surpassing the same months in 2019 by 0.4 percent or an by additional 74,000 arrivals.

However, examining January-October 2022 data, INSETE analysts found that travel receipts were down by 2.6 percent compared to the same months in 2019. Analysts attribute the decline to spending by non-EU travelers which dropped by 9.3 percent to 6.9 million euros despite the increase in revenues generated by EU travelers which were up by 3.8 percent to 9.8 million euros. The US was one of the main markets with dwindling revenues down by 7.1 percent to 1.057 million euros in the period under review. 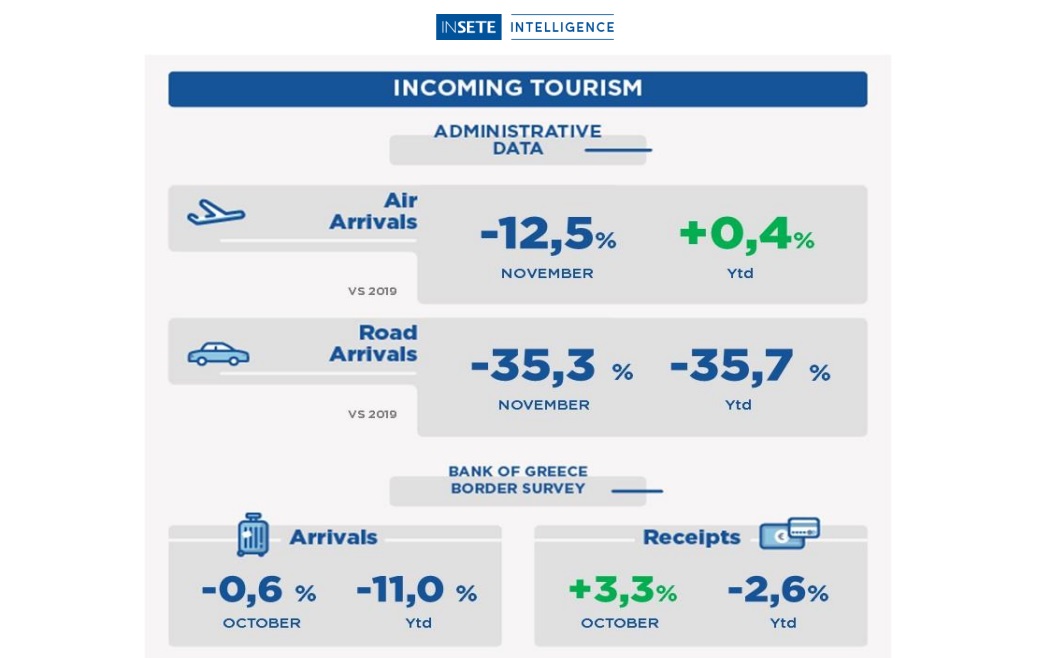 Looking at traveler flows for the 11 months to November 2022, INSETE data found that Athens International Airport handled 5.2 million international arrivals down by 14.1 percent or 864,000 passengers compared to 2019. Regional airports at popular Greek destinations continued to see an increase in traffic.

Key source markets for Greece in the January-October 2022 period were Germany, France and the UK all marking increases while incoming tourism from the US dropped.

In the 11 months to November, Greece welcomed 7.6 million visitors via road compared to 11.8 million in the same period in 2019 marking a 35.7 percent decline over the same months in 2019.

In November, according to INSETE’s December bulletin, international airport arrivals dropped by 12.5 percent and arrivals via road by 35.3 percent.