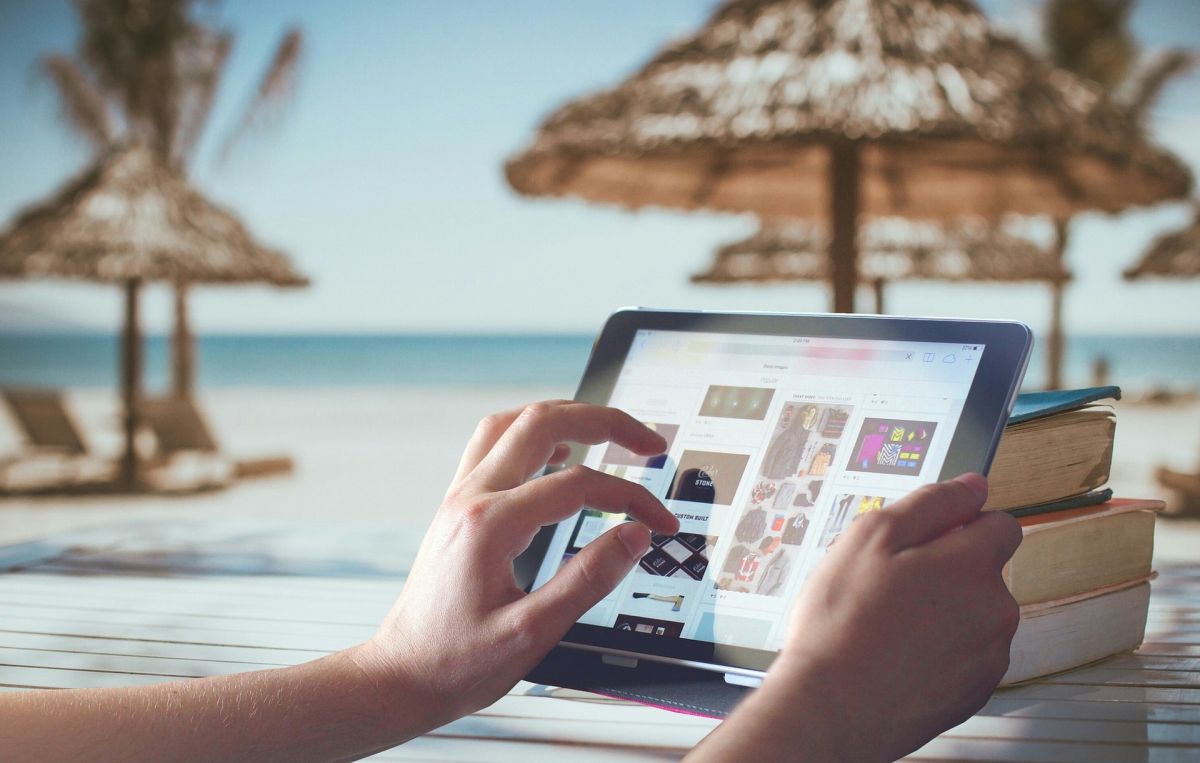 Greek tourism destinations may be among EU’s best for their bathing waters but are digitally lagging and vulnerable to future changes, according to data provided by the European Commission’s EU Tourism Dashboard.

Launched in October, the new digital tool aims to profile and monitor the progress EU countries make towards policy objectives that are organized under three pillars: environmental impacts, digitalization, and socio-economic vulnerability.

Greece hits almost a perfect score (98.65) for its bathing waters between EU’s 27 member states but the data also shows that its tourism is heavily dependent on distant international markets, an indicator that implies a potentially higher environmental footprint due to long-distance travelling. 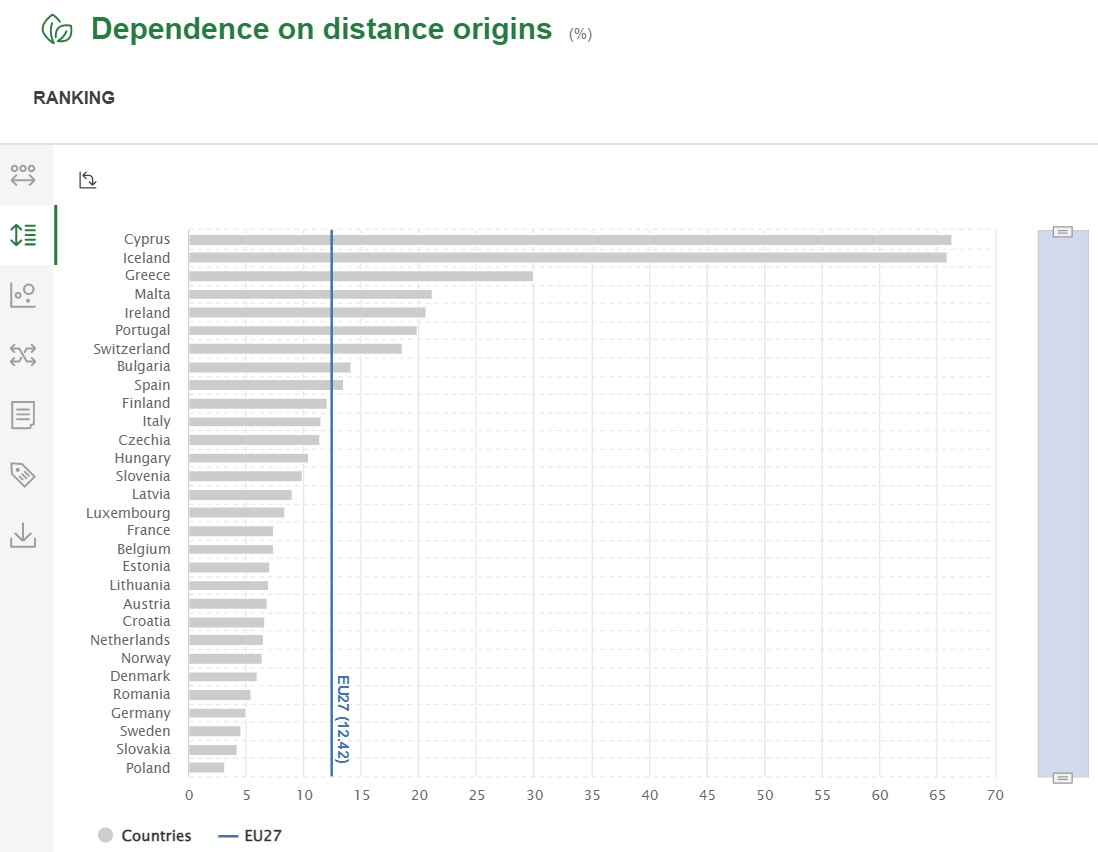 Spain, Italy and France are closer to the EU average (12.42 percent) while countries like Croatia is only 6.67 percent dependent on distant international markets compared to Greece’s 29.94 percentage of dependence.

Greece ranks last in the “share of trips by train” indicator that measures the relative importance of sustainable means of transportation within a tourism destination, according to the Tourism Dashboard. Spain and Portugal also fair below EU’s average while Switzerland gets the coveted 1st place in this list with 31.42 percent, three times EU’s average. 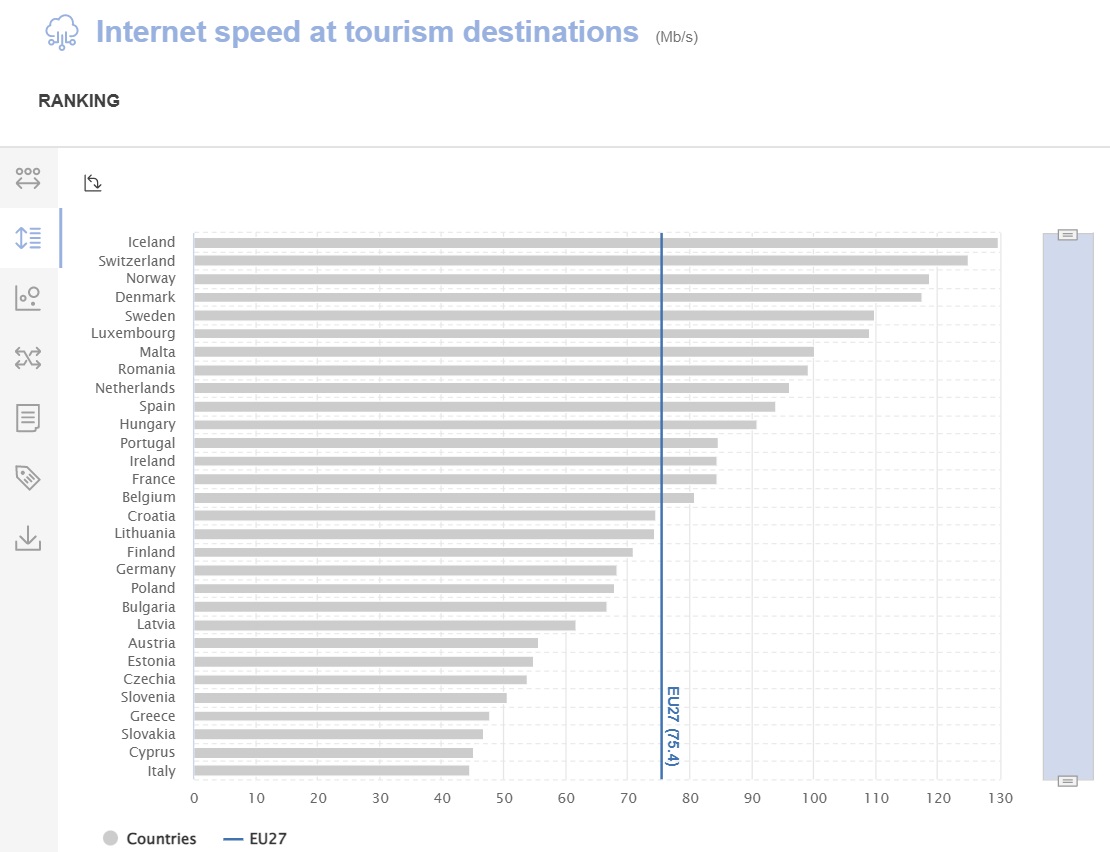 Only one third of Greek tourism enterprises use two or more social media, just below EU’s average of 42.01 percent. Spain and Cyprus are among EU’s top 10 with more than half their tourism businesses running two or more active social media accounts.

Tourism seasonality remains high in Greece “revealing unbalanced pressure and economic activity, as well as vulnerability to demand shocks”, according to the e-tool. Croatia, Italy, Cyprus and France also score over EU’s average indicating a need to implement strategies that can positively affect the socio-economic resilience of tourism.

Tourists’ average money spending in Greece are among EU’s highest at 105.64 PPS (Parity Purchasing Standards) / per night, but its tourist diversity is among Europe’s weakest, making its tourism less resilient. 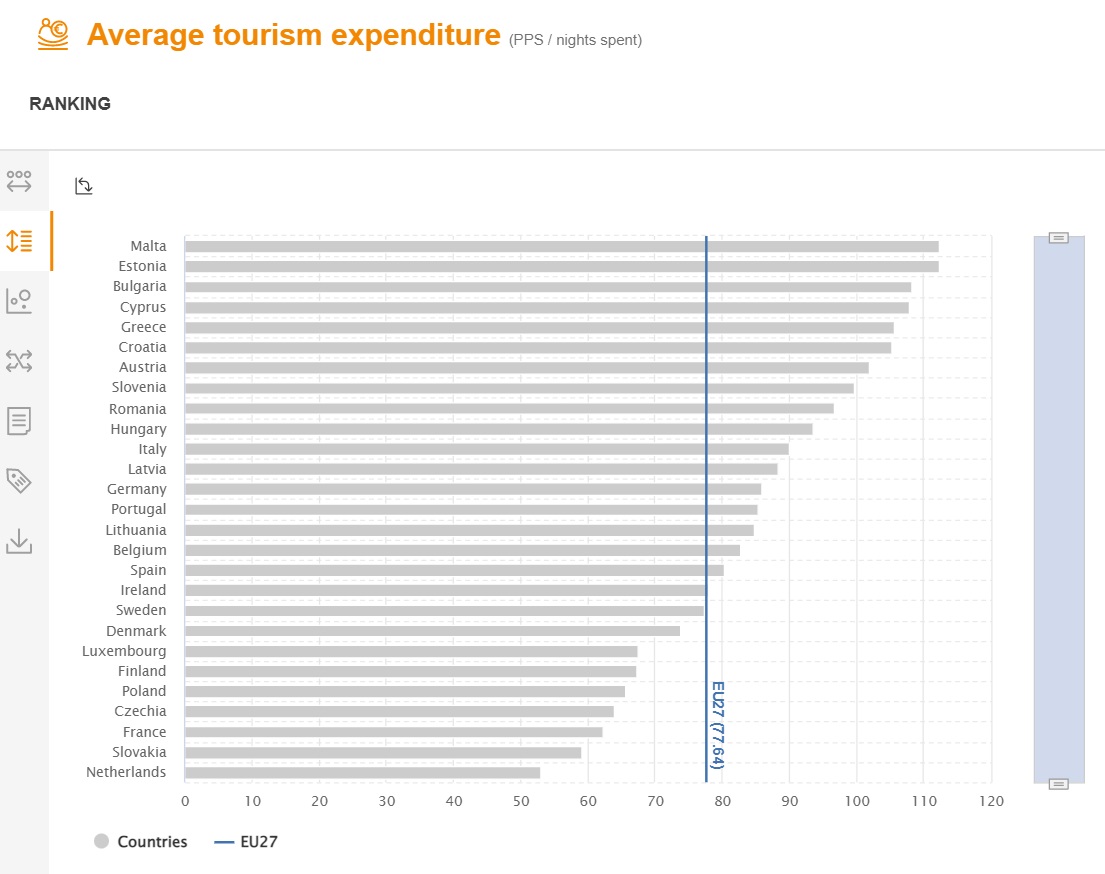 The EU Tourist Dashboard’s current findings are based on available data collected between 2019 and 2021 from trusted sources.

Through the dashboard, decision makers are able to use its data in order to develop effective tourism strategies on a national or regional level.

Christos was born in Thessaloniki, Greece and graduated from the Greek – American Anatolia High School. He studied Theater, Film and Media in the UK. Since 2004 he has worked as a journalist and radio producer at AIR 104.4, Athens' 1st multi – lingual radio station and as an assistant producer, interpreter and fixer for CNN, BBC, Channel 4, The Washington Post and NPR’s Marketplace. He has also worked for publications like BFI’s Sight and Sound and London’s The FACE magazine. As a performer, director and writer his work has been presented in Greece, the UK, USA and Argentina among other countries.
Previous Story

Attica Region: Hundreds of Infrastructure Works to Start in 2023