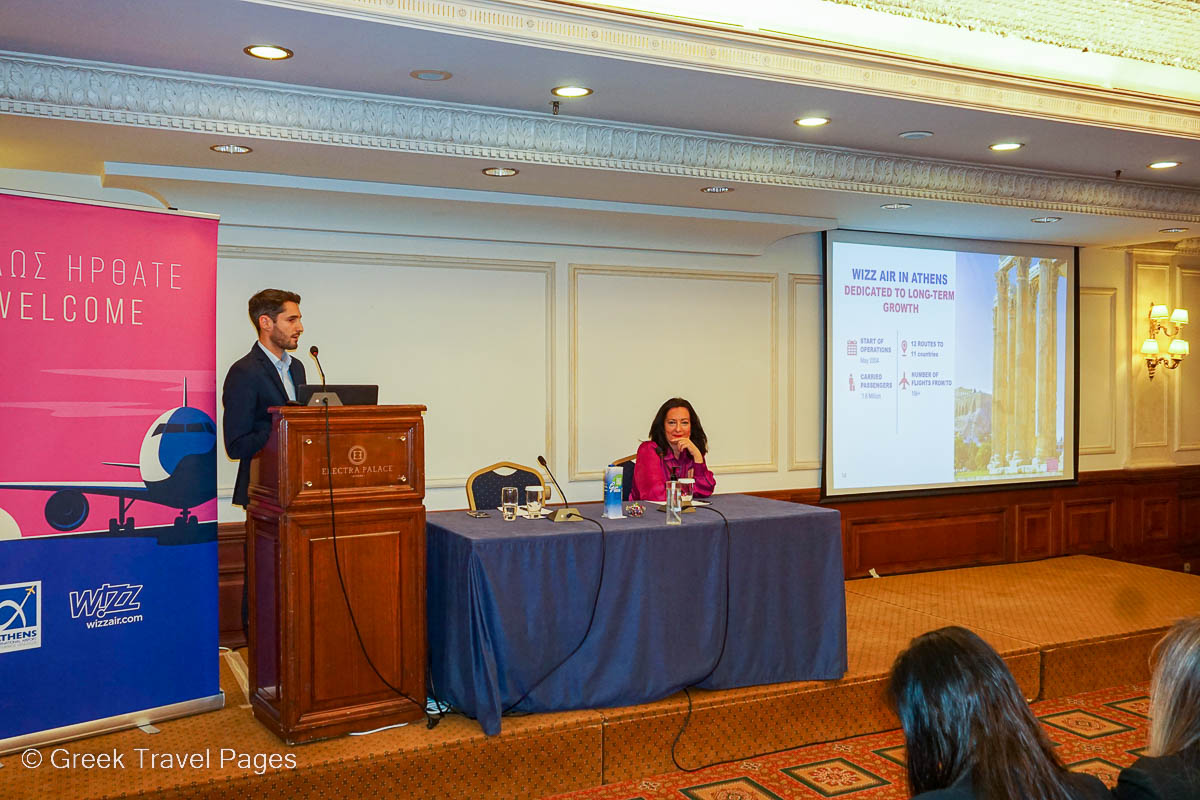 The inaugural flights commenced from Athens International Airport (AIA) earlier this month with the launch of a new route to the Romanian capital of Bucharest.

Wizz Air continued to grow its network from Athens with the launch of two other new routes to Tel Aviv and Tirana on December 12.

“We are thrilled to announce the addition of three new routes from Athens International Airport, which give our passengers an even greater variety of exciting city break and holiday options for Winter and beyond,” Adria Rabassa, Head of Network Development of Wizz Air said during a press conference on Tuesday to officially announce the routes to the Greek media. 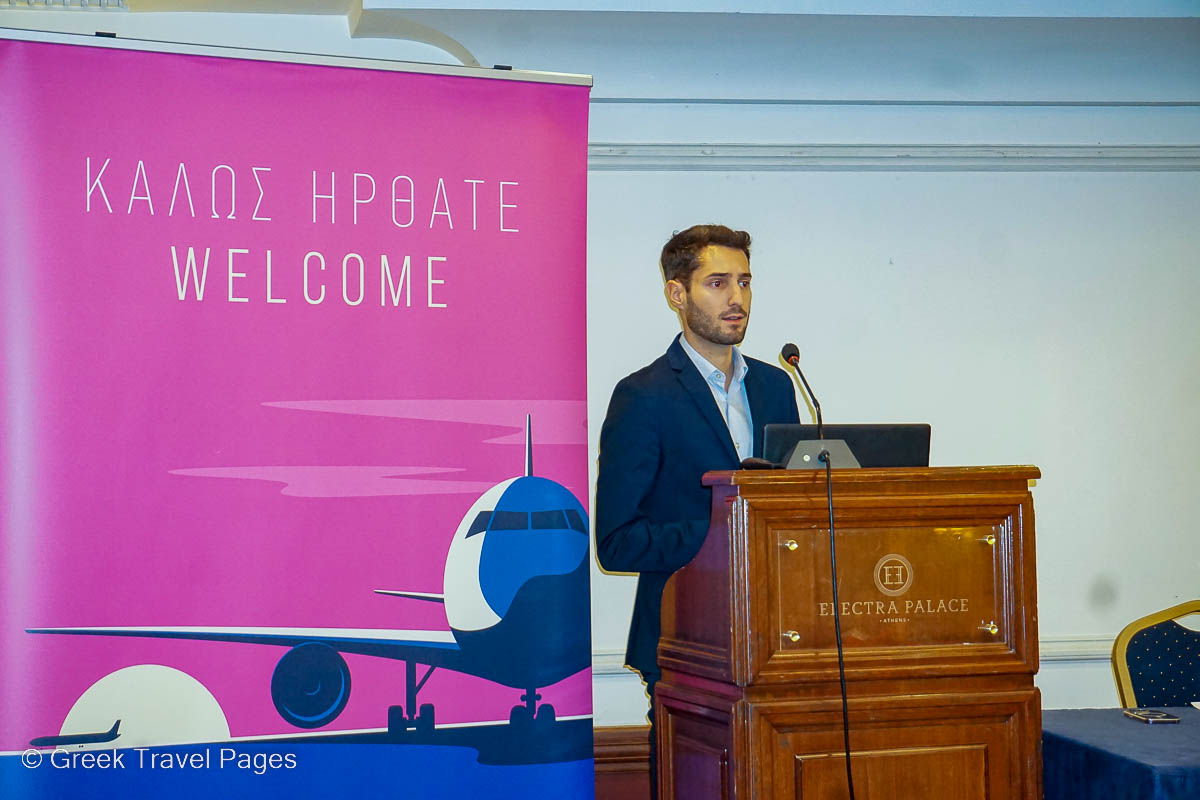 Together with the new flights, Wizz Air now offers 12 routes in 11 countries from Athens International Airport to its passengers and is further expanding its presence in Greece where it serves customers since the year it started its operation back in 2004.

“We look forward to welcoming customers onboard our young, efficient, and sustainable aircraft as they travel over this festive period and into the New Year and we thank Athens International Airport for our fruitful cooperation that allowed our expansion,” Rabassa said. 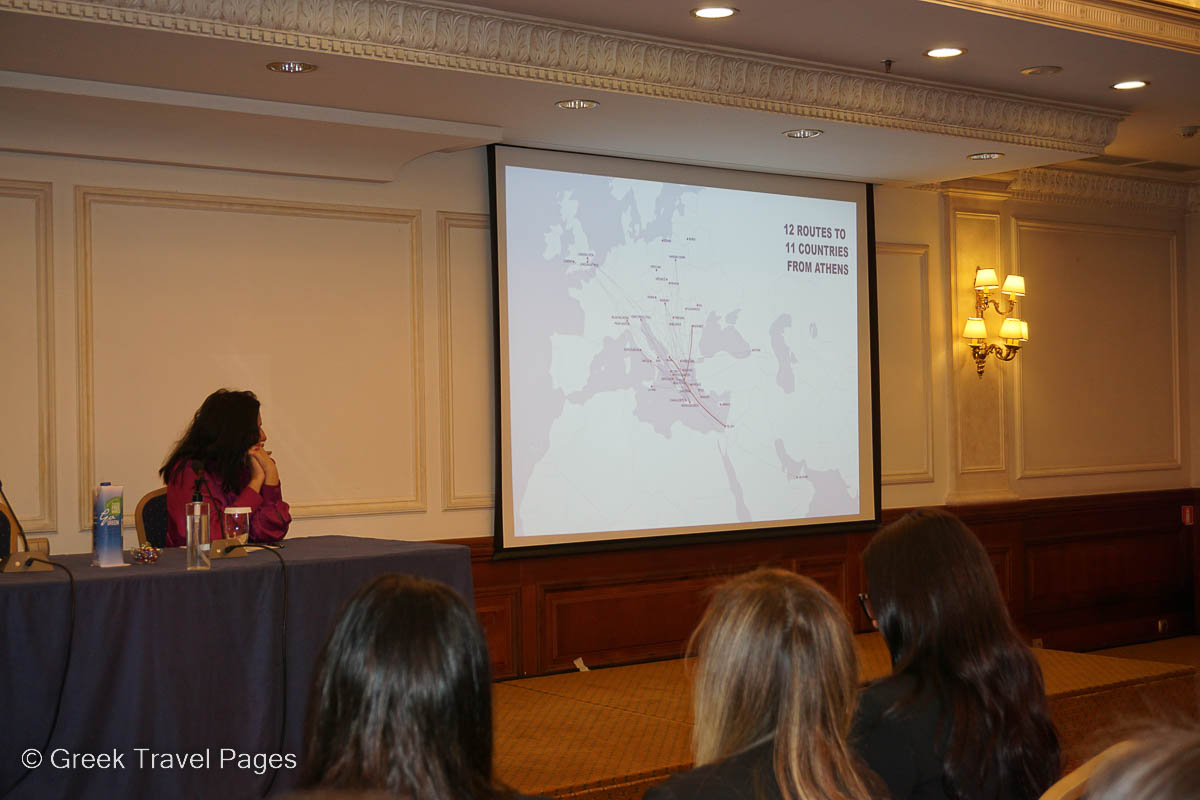 According to AIA Communications & Marketing Director Ioanna Papadopoulou, Wizz Air has come a long way from 2004 when it operated sporadically in the Athens market, as in 2018 the airline launched 9 routes and proceeded to develop at a fast rate. 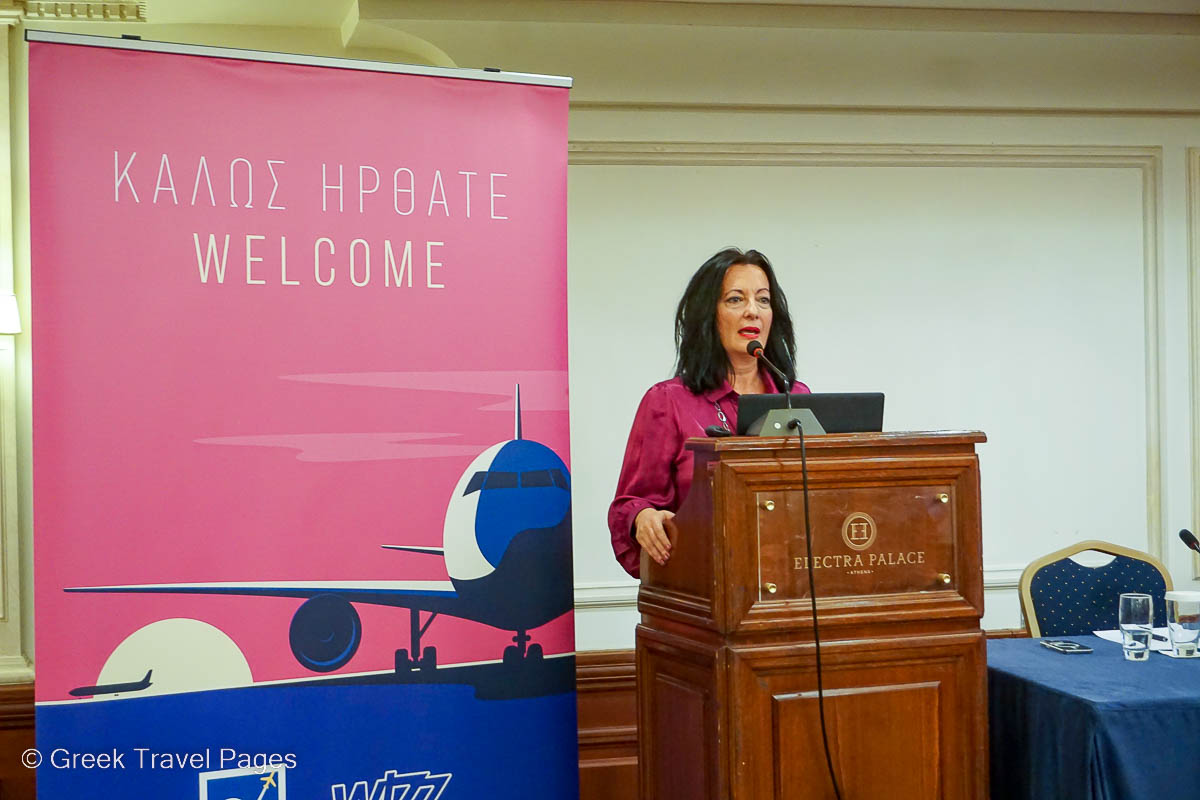 “Wizz Air is a story of success, development and growth… In 2022 they will break the record more or less of half a million passengers,” Papadopoulou said, adding that among the visiting carriers at AIA, Wizz Air is top performing in growth and success rates and development.

“In comparison with all other airlines at AIA (domestic carriers excluded) Wizz Air is the top performer this year,” Papadopoulou said. 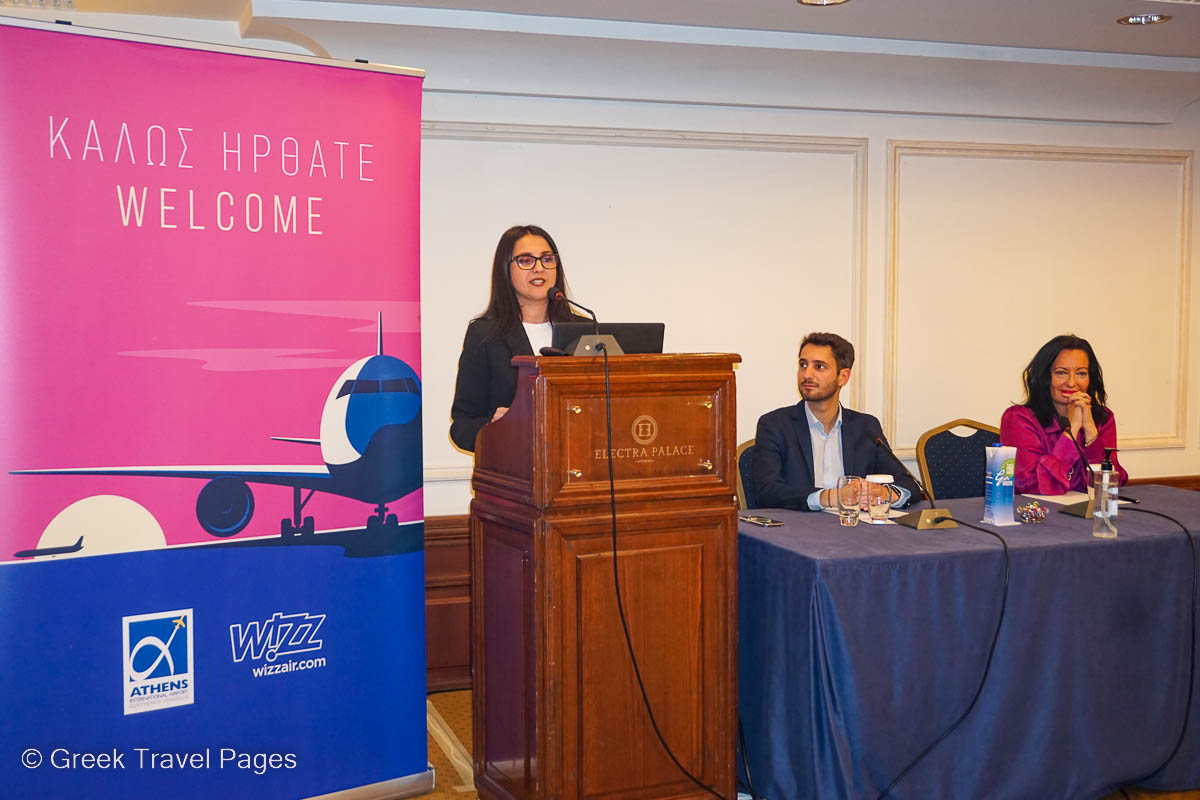 During the press conference, Aurora Golemi, Tirana International Airport’s PR representative, spoke of “amazing news for passengers” with regard to the launch of the Athens-Tirana route.

“This has been one of the most highly demanded direct flights by the Albanians but also the Albanian community in Greece,” Lubonja said, adding that the new route will boost tourism numbers in both countries and also bring a new dimension for culture and business.

“We are giving the choice of flying to at least 5 million passengers that drive back and forth from Tirana to Athens,” she said. 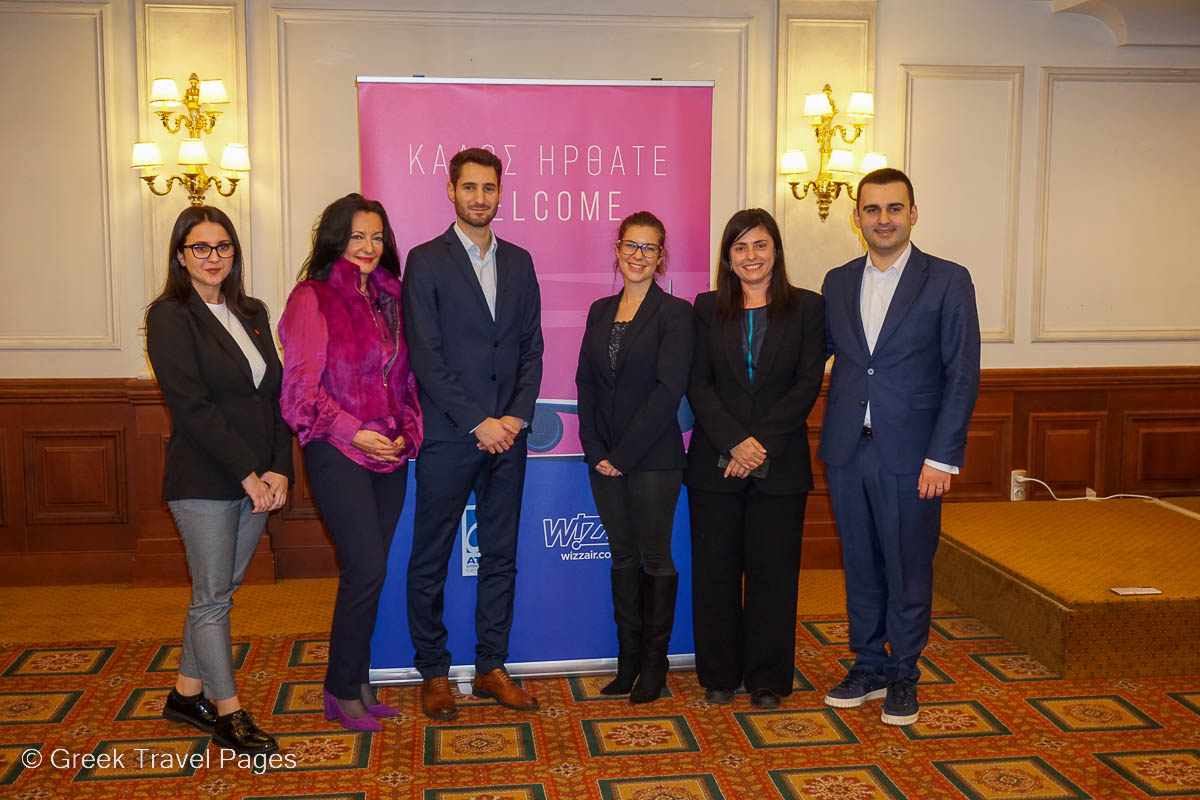 Wizz Air operates a fleet of 175 planes that includes Airbus A320, A321 and A320neo aircraft. The airline was the preferred choice of 27.1 million passengers in the Financial Year F22 ending March 31, 2022. Wizz Air was recently named one of the world’s top ten safest airlines by airlineratings.com and was also recognised as the “Most Sustainable Low-Cost Airline” at the World Finance Sustainability Awards 2022 and the “Global Environmental Sustainability Airline Group of the Year” by the CAPA-Centre for Aviation Awards for Excellence 2022.