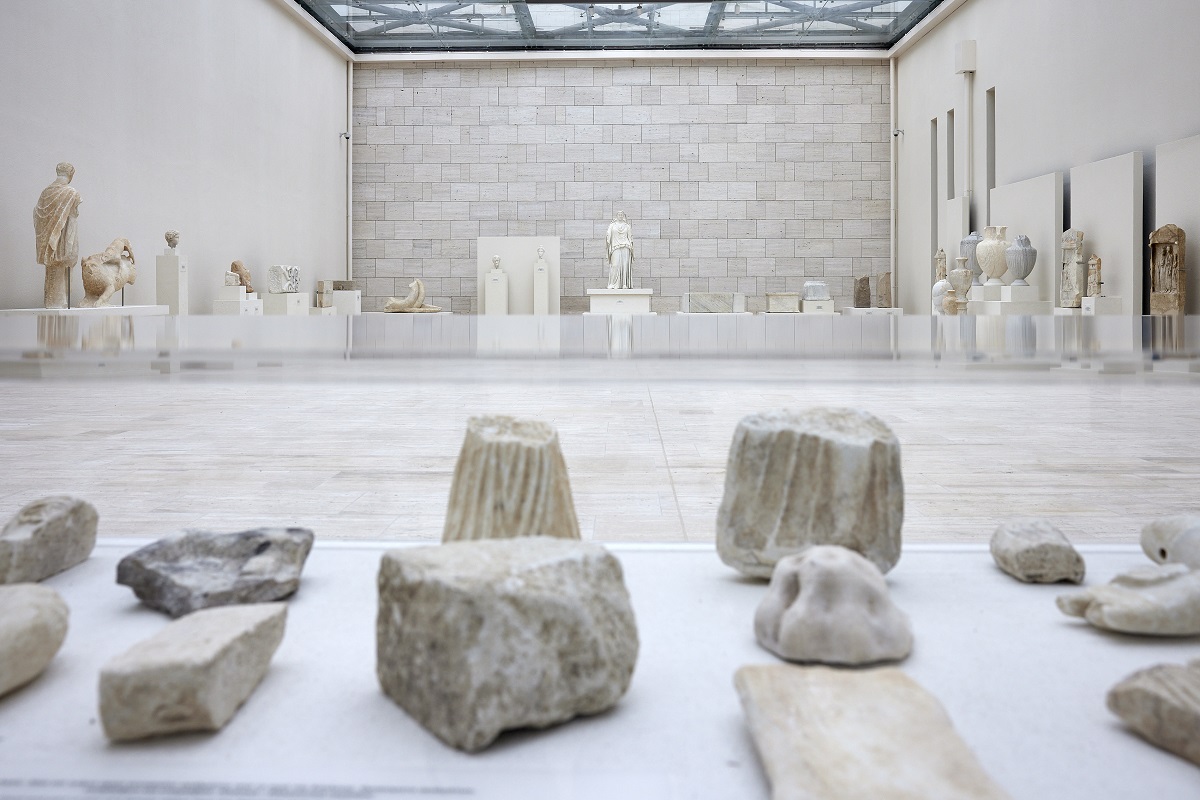 A UNESCO World Heritage site, the archaeological space of Aigai hosts remains of the area’s ancient city and royal palace, as well the burial sites of several kings of Macedonia including the tomb of Philip II, father of Alexander the Great.

Aigai’s new central museum building was created as a link to the site which also includes the royal burial cluster of the Temenid dynasty and the Museum of the Royal Tombs.

The Polycentric Museum of Aigai  was inaugurated by Greek Prime Minister Kyriakos Mitsotakis. 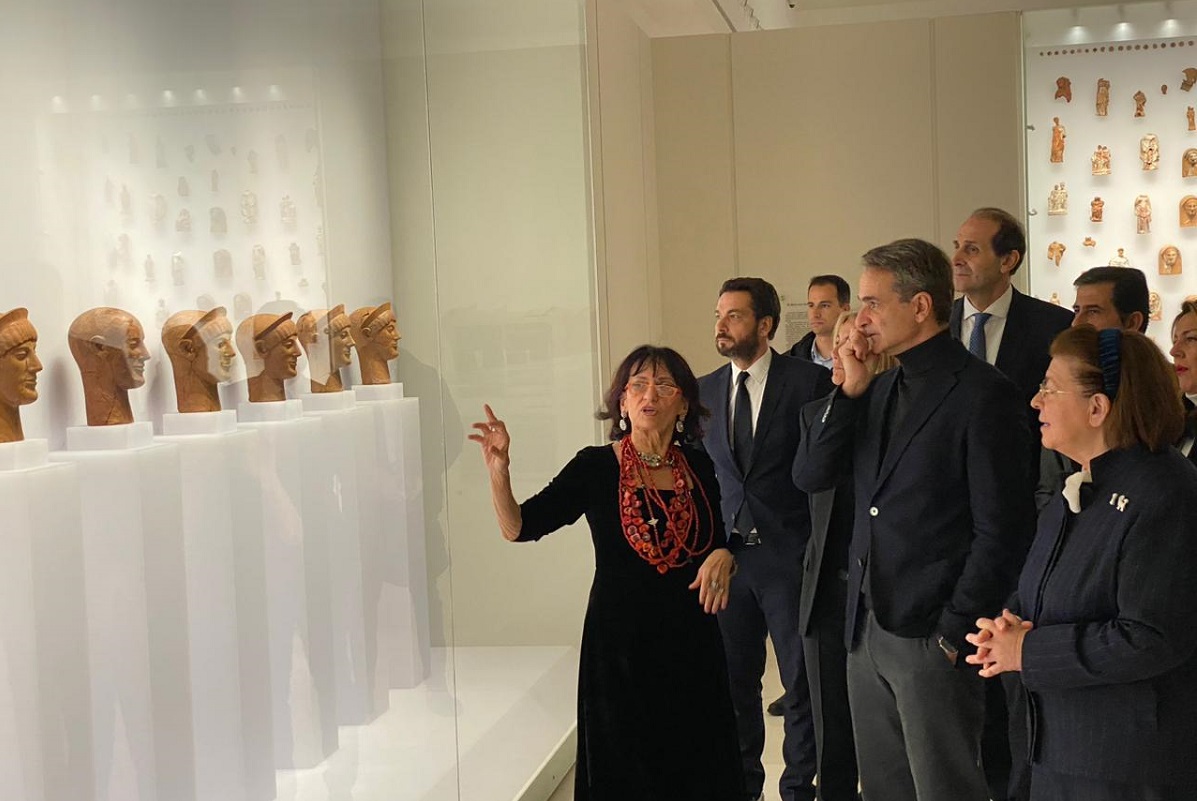 “This museum transcends Greek borders and contributes to the world’s cultural heritage evolution,” said Mitsotakis, adding that its structure imitates the way ancient cities developed around a central core.

The new museum building will act as a symbolic entrance gate to the archaeological site and ancient Macedonia’s history and culture, but also the Hellenistic world’s, since it will host the digital museum titled “Alexander the Great, from Aigai to the World”, expected to launch by the end of 2023.

“Since the first excavations in the area our aim has been to restore and highlight this site, so that it could develop into a huge archaeological park with modern infrastructure and high-level services,” said Culture Minister Lina Mendoni. “The new museum fully supports this vision,” she added. 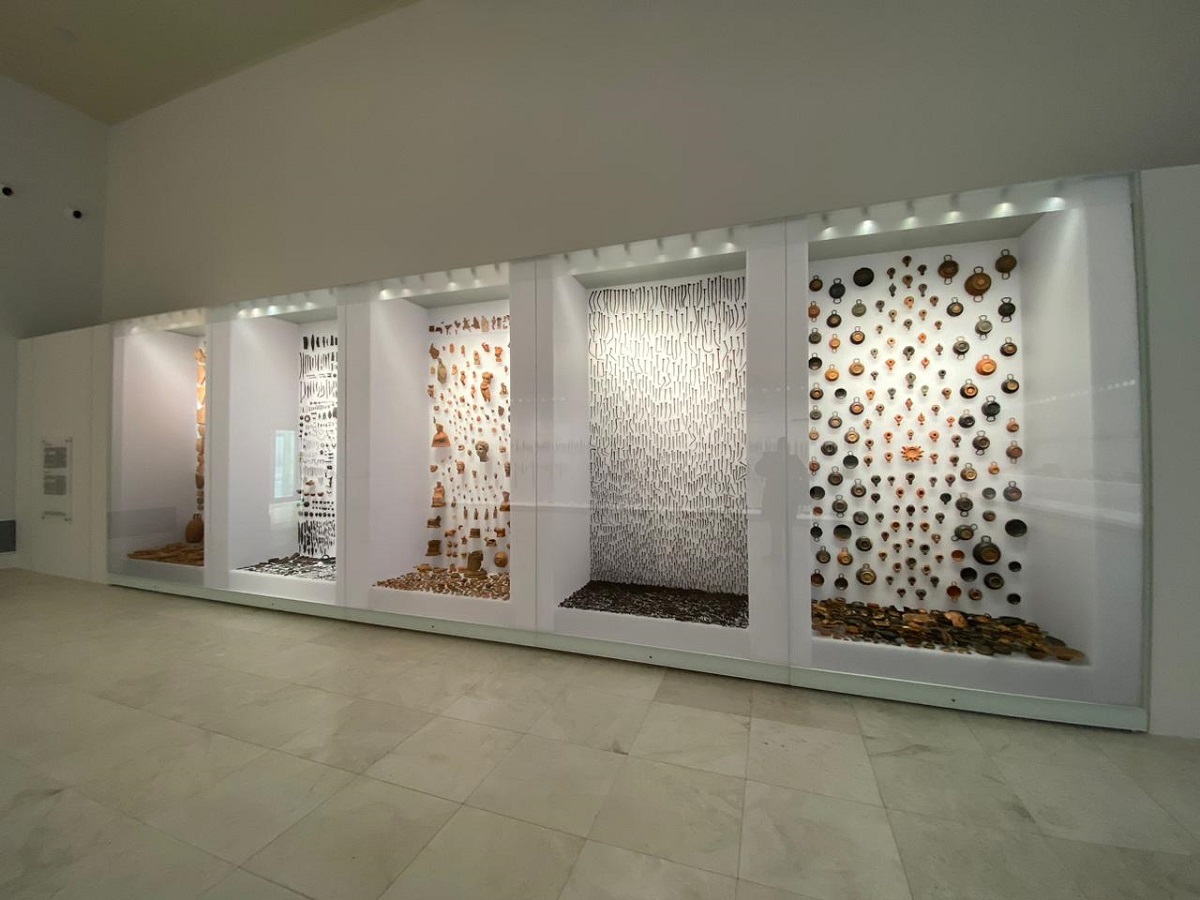 The main building of the Aigai museum, apart from the introductory exhibition titled “A Window into the World of Alexander the Great“, currently hosts five exhibitions: 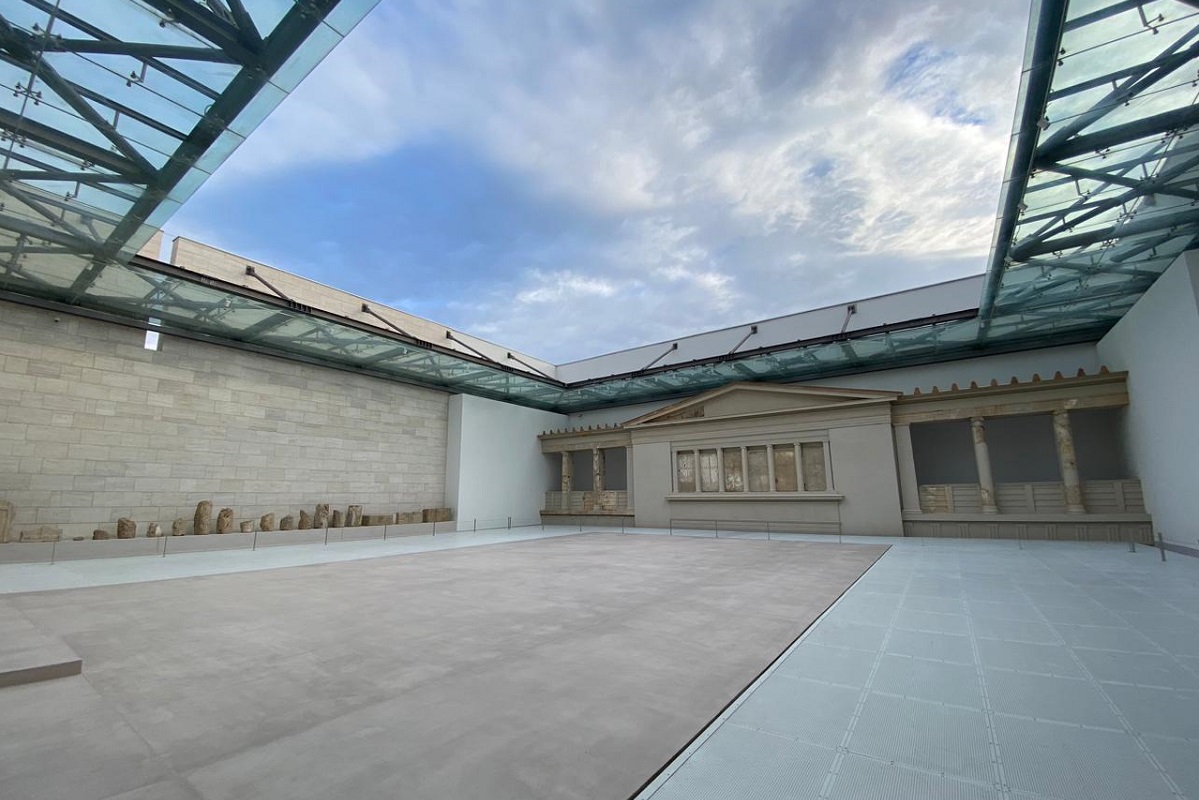 Mendoni also mentioned that 59 culture-related projects, costing over 50 million euros, were near completion in the Central Macedonia Region. Particularly in Imathia, where Aigai is located, the ministry is running works costing over 20 million euros.

Besides its main building, the Polycentric Museum of Aigai currently also comprises the following sections: the Museum of the Royal Tombs; the archaeological park of the necropolis with the royal burial cluster of the Temenids; the palace and the theater; and the church of Agios Dimitrios located at the eastern end of the archaeological site.