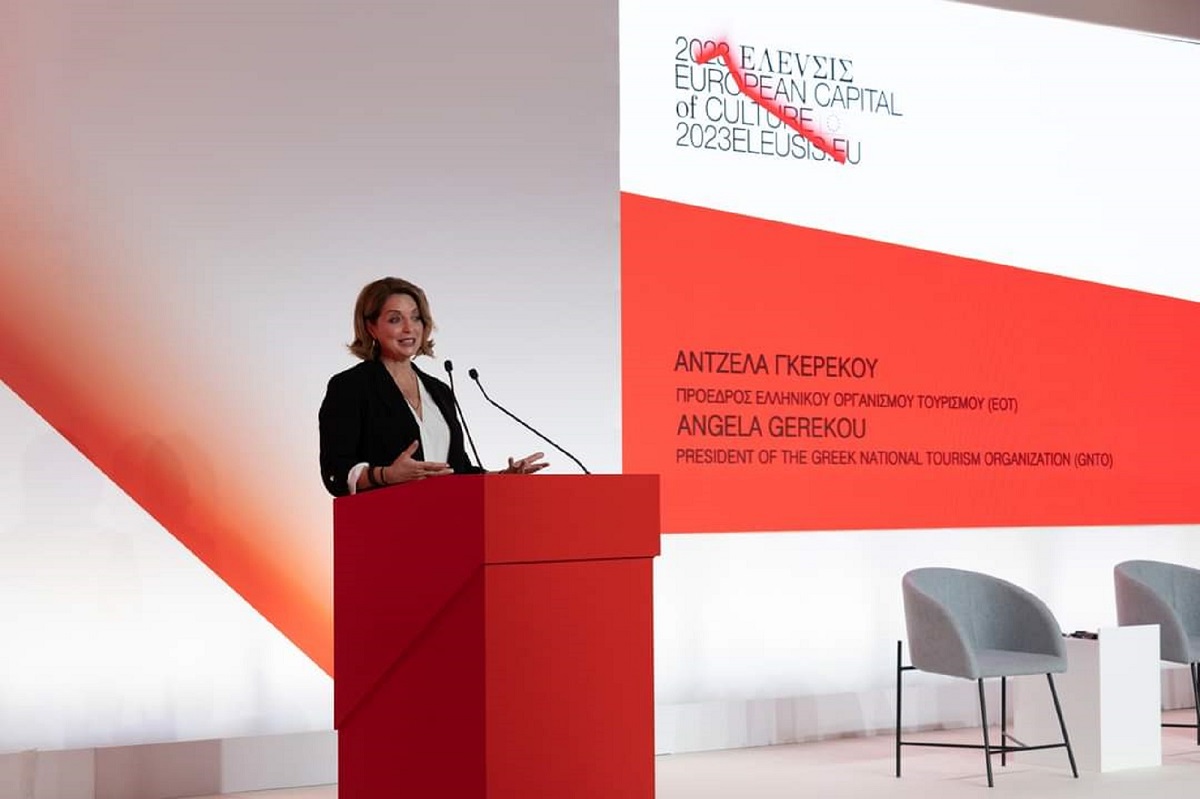 Aiming to promote Elefsina, West Attica, as a global and sustainable cultural destination, the Greek National Tourism Organization (GNTO) has announced its support to the “Eleusis 2023” program of events, which was recently presented to the public.

The announcement follows a Memorandum of Collaboration (MoC) signed between the GNTO and the program’s organizer, Elefsina 2023 – European Capital of Culture (ECoC). 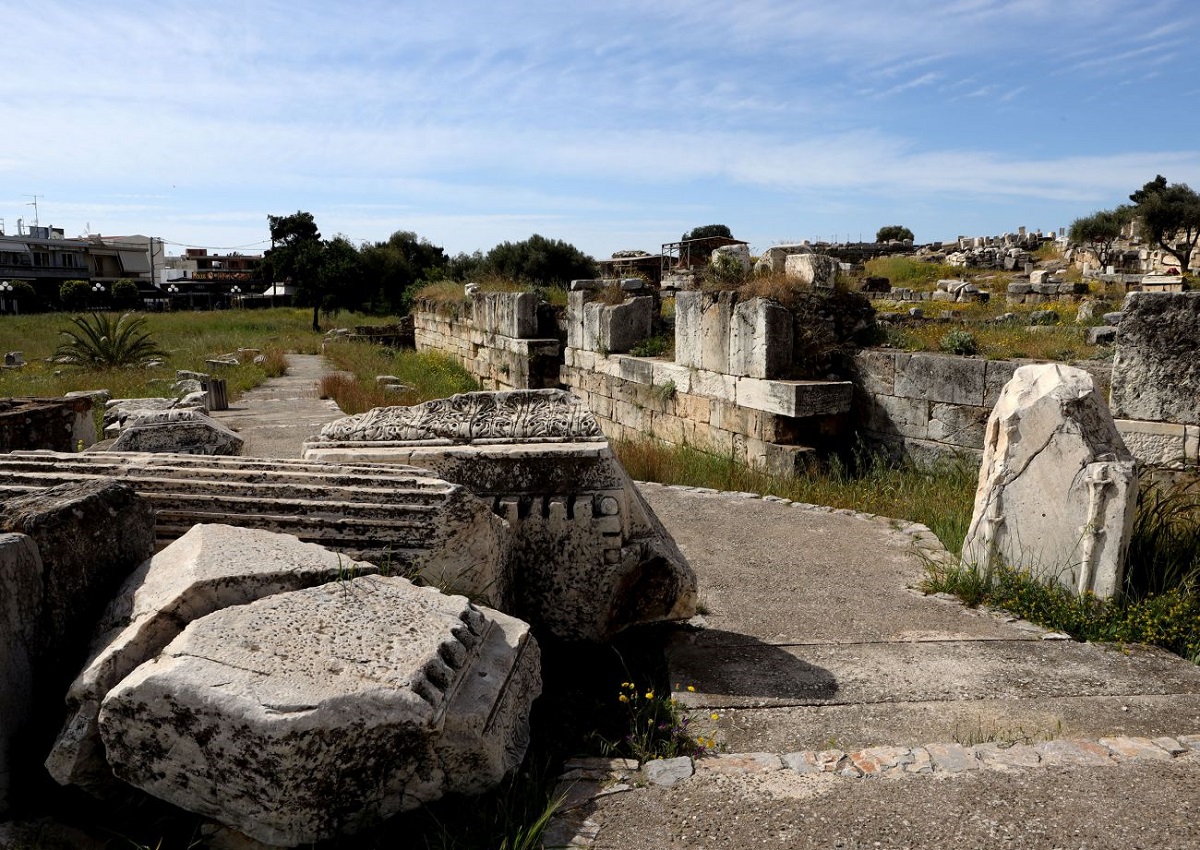 “Elefsina 2023 – ECoC will transform the ancient marbles of Elefsina, which now coexist with its rusted sunken ships and industrial furnaces, into a global symbol of sustainable culture destination,” said GNTO President Angela Gerekou at the press conference for the program’s presentation.

During her speech, Gerekou noted that the GNTO’s strategic plan includes the support and promotion of sustainable cultural destinations like Elefsina and referred to the creation of the maritime Sacred Way (Iera Odos) which will link Piraeus to Elefsina, strengthening the development of the Western Attica region.

The GNTO’s president added that the area’s culinary wealth and theatrical past will highlight Western Attica “as a place of initiation into the ancient Greek theater and a pole of attraction for art-loving visitors from all over the world”.

According to Gerekou, the GNTO will promote all cultural events taking place withing the context of the Elefsina 2023 – European Capital of Culture (CoC) program as well as its research and educational parallel activities, through its digital media network, its 17 offices around the world as well as during its participation at future international exhibitions and events.

The 2023 Eleusis European Capital of Culture will present an artistic, research and educational program entitled MYSTERIES OF TRANSITION. 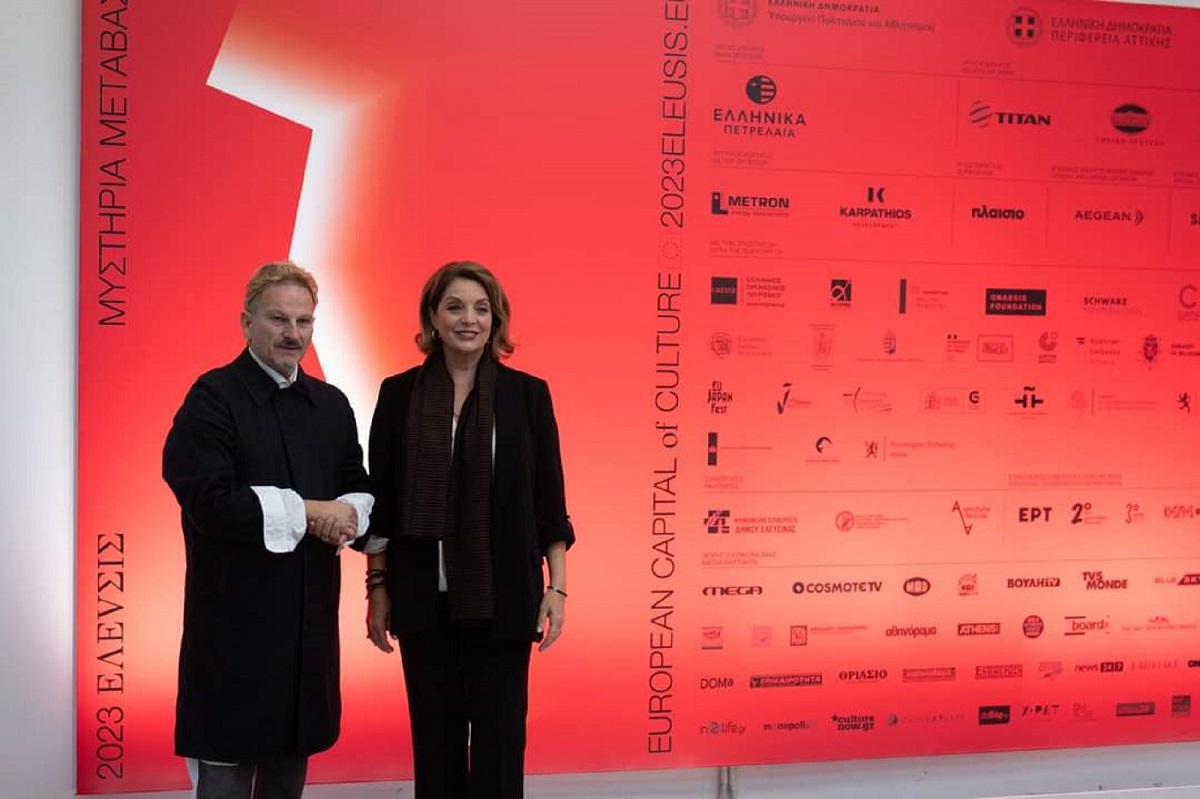 The program, which will develop on the thematic axes of People/Society, Environment and Labor will see a total of 465 productions taking place in 30 different venues in the city, hosting more than 300 distinguished artists from Europe, America and Asia.

Its opening ceremony titled “Mystery_0 Mysteries of Transition”, is scheduled to take place on February 4, 2023, on the coastal front of Elefsina with a concept created by the organization’s Director Michail Marmarinos and directed by the distinguished British director, Chris Baldwin.